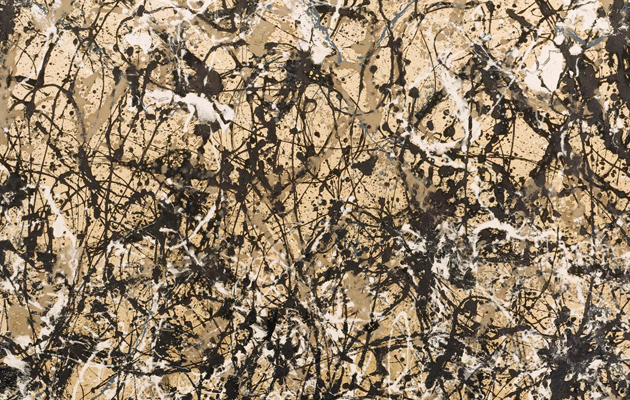 “Painting is a state of being. … Painting is self-discovery. Every good artist paints what he is”

“Is this a painting…?”, asked Pollock.  This is the question Lee Krasner, the artist’s wife recalled Pollock asking her about his famous drip paintings. You see, she said, he never asked if it was a good painting, but whether it was a painting at all.

This is Autumn Rhythm (Number 30) made in 1950 by the great American painter Jackson Pollock, nicknamed “Jack the Dripper” – the artist who swept the art world with his revolutionary drip paintings. What Pollock created with his first drip painting in 1947 was, simply put, a turning point in modern and contemporary art, and a start of the art movement that would come to place America on the global art stage – Abstract Expressionism. Other artists from this era would come to be associated with this movement, Mark Rothko, Sam Francis, Franz Kline, Theodoros Stamos, Lee Krasner, Hans Hoffman, Richard Diebenkorn, Joseph Albers, and Willem de Kooning, among many others, but Jackson Pollock is undoubtedly the artist most commonly credited with launching it.

Placing the canvas on the floor, he dripped, splashed, splattered regular household enamel paints on upholsterer’s canvas. Painters’ canvas was too expensive for him (this painting is 105″ x 207″), so he used what he could afford and this material came in huge rings that could be bought at a significant discount. There is a distinct lyrical quality to the way the color twirls and the lines collide to create intense energy that emanates from the painting. Some called it violent, some chaotic, some called it pure mathematics. But consider this what if you were looking at music, unfolding in front of you. Abstract, spontaneous compositions, void of imposing structures, but still harmonious and fluid – Jazz! Pollock loved this music form with all its creative energy, experimentation, strength and freedom.

Next time you see one of his paintings, move beyond the simple paint markings on a canvas, but try to see a single note of sound unraveling in thick and thin, straight and curved, colorful and monochrome dripped lines. Follow your instinct and let your mind roam along the intricate lacework of Pollock’s music on canvas.

This painting is currently on view at the Metropolitan Museum of Art, New York. © 2011 The Pollock-Krasner Foundation / Artists Rights Society (ARS), New York