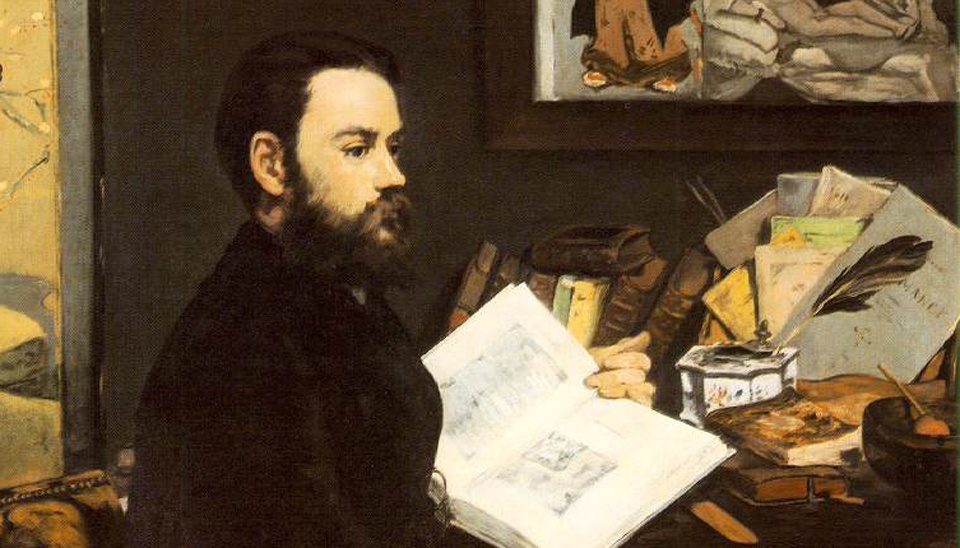 galleryIntell
More Articles by This Author
You would hardly believe how difficult it is to place a figure alone on a canvas, and to concentrate all the interest on this single and universal figure and still keep it living and real.

Painted in 1868 in a palette reminiscent of his scandalous Luncheon on the Grass, this very formal portrait of Émile Zola, the rising novelist and tireless defender and of The Impressionists, represents the writer a year after the publication of his first novel Thérèse Raquin. The book was a commercial and artistic, although not a critical success for Zola. 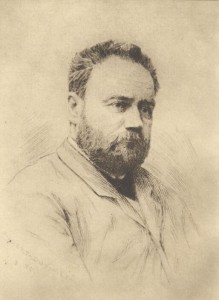 Manet shows the 26-year-old Zola seated in a corner of an undefined interior space. Dark and filled with books and art, the writer appears deep in thought, looking away from a large illustrated book. But things are not what they appear. Look closer and you will notice that none of the art featured in this painting are actually paintings. An exotic Japanese screen lines the painting’s left side and serves as background for the figure. What you see on the bookshelf on the top right of the compositions are multiples, as they are called today: a traditional Japanese wood-block print, an eighteenth century engraving by Nanteuil after a painting by Velasquez (Manet saw the original in Madrid a year earlier) and either a print or a photograph of the artist’s own Olympia competed in 1863 and exhibited in the Salon of 1865.

The remainder of Zola’s desk is filled with books, some of which are illustrated, including the bestseller art book of the time, Charles Blanc’s Histoires des Peintures and Zola’s own booklet promoting Manet’s work to the general public.

The portrait is as much a celebration of the artist’s friend, as it is a highlight of the new world, one where the artists lives became greatly enriched by the ready access to literary and artistic reproductions, pamphlets, magazines and books.

The painting was first exhibited in the Salon of 1868, a year after Manet’s complete exclusion from the prestigious exhibition.