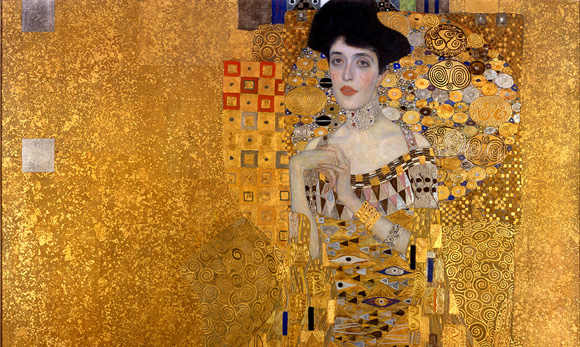 Adele Bloch-Bauer I by Gustav Klimt

“This is our Mona Lisa…”

These were the words of Ronald Lauder, heir to the Estee Lauder cosmetics empire, in 2006 when he acquired the fascinating oil & gold portrait by Gustav Klimt for…. hold your heart… $135 million!! Lauder himself never confirmed the purchase amount, only to say that he paid a record sum for the work.

In the summer of 1903, Ferdinand Bloch ordered  a portrait of his young wife as a present to her parents on their anniversary that October, but the painting was only finished in 1907. Here Adele is seated on a golden throne, sheathed in a richly decorated golden robe. Klimt’s signature decorative elements – triangles, eggs, eyes, in the flow of her gown hint at an intimate relationship between the artist and his model. This was to be the first of the two portraits of Adele Bloch-Bauer. The second portrait making its appearance in 1912. 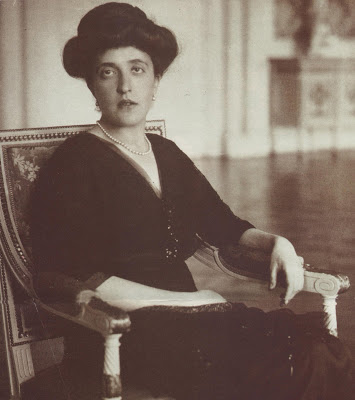 Mrs. Bloch-Bauer died of meningitis in 1925 at 43. In her will she requested that the painting and four others by Klimt that the couple owned be left to Austria upon her husband’s death. Seized by the Nazis during WWII, the painting was first installed at the Austrian Gallery, and most recently became the focus of lengthy court procedures between the 90-year-old Bloch-Bauer heir, now living in LA, and the Austrian government that assumed ownership of the masterpiece after the war. The lustrous masterpiece hung at the Belvedere castle in Vienna next to Klimt’s most famous work “The Kiss”. After it was returned to the heiress, the painting was swiftly purchased by Lauder, who, it was rumored, financed the legal proceedings on behalf of the 90-year old Maria Altman, the niece of Mrs. Bloch-Bauer. The purchase price made headlines as the most expensive work by Klimt ever sold. Today this painting hangs gloriously at the Neue Galerie in New York.