“The work of art will bring to light a new order inherent in things…the idea of unity.”

Portrait of Gertrud Müller pictures a lovely young woman in an elegant pink satin gown sitting on a side of a cushioned bench with a blank yellow wall behind. Swiss painter Ferdinand Hodler painted this portrait four years after his friend Gustav Klimt finished his famous Portrait of Adele Bloch-Bauer. These two works share general similarity in the stance and expression of the models, a distinct flattening of space, asymmetrical compositions and a purposeful distortion of figural proportions. Yet, the contrast between the graceful simplicity of Müller’s portrait and the lavish gold decor of Bloch-Bauer is quite striking.

Gertrud Dübi-Müller, the daughter of an industrialist family from Solothurn, was a very important art collector at the beginning of the twentieth century. She had a close and long-standing friendship with Hodler, who portrayed her numerous times. Müller, an avid photographer, in her turn made more than 100 pictures of Hodler at work in his studio during his last seven years. Hodler’s significance for international modern art became especially evident in view of these final years, when his work grew increasingly radical and abstract. 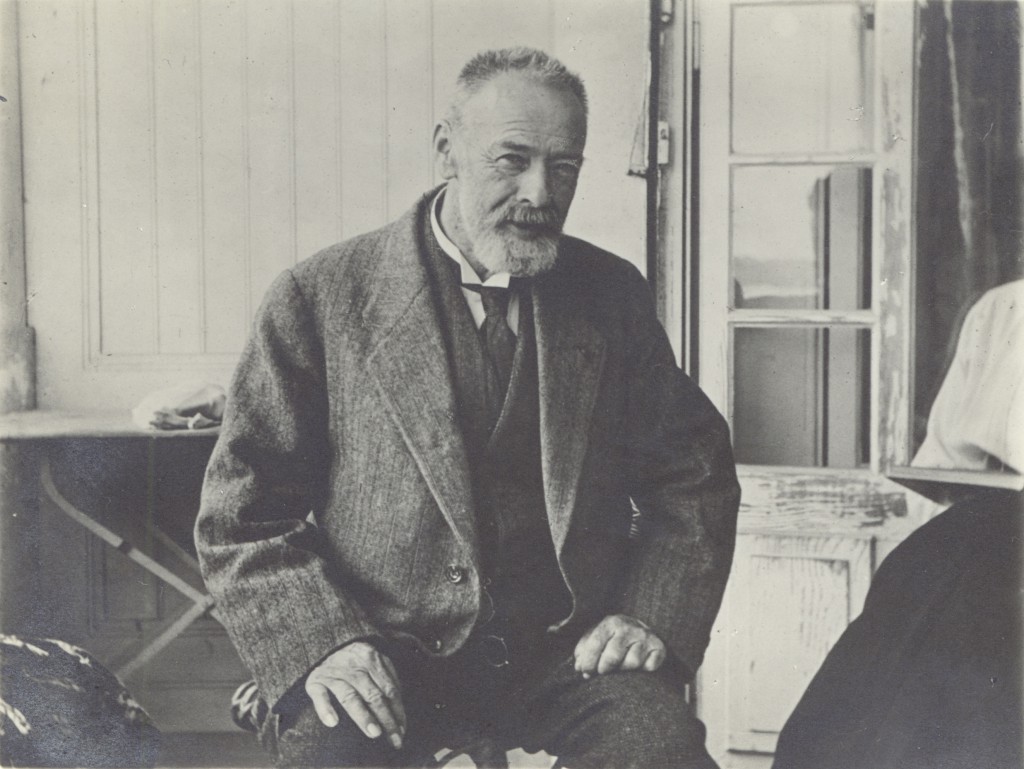 Ferdinand Hodler in his studio

Over the course of his lifetime, Hodler moved among a variety of subjects and approaches, from audacious Symbolist works, to expansive landscapes and powerful portraits, which were in great demand starting around 1900. He pushed the genre to its limit when he became a witness to the slow death of his mistress – Valentine Godé-Darel. Her suffering gave rise to a a series of deathbed portraits, a body of work thought to be unique in the history of art. During the two years of her illness Hodler documented Godé-Darel’s decline in some hundred paintings and drawings. Many of those works were part of a 2013 exhibition at the Neue Galerie in New York.