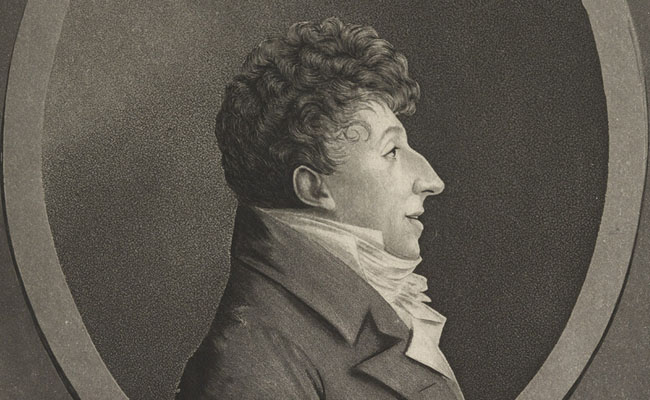 A first photo copy machine, if you will. A revolutionary way that allowed the artist to reproduce an exact copy of a portrait without having to make new engravings and prints and cutting sitting time to just minutes!

The Physionotrace – or “face-tracing” technique was “invented in 1786 by Gilles Louis Chrétien (1774-1811). In his apparatus a profile cast by a lamp onto a glass plate was traced by an operator using a pointer connected, by a system of levers like a pantograph, to an engraving tool moving over a copper plate. The aquatint and roulette finished engraved intaglio plate, usually circular and small (50 mm), with details of features and costume, could be inked and printed many times. One description mentions that a sitting could take as little as six minutes and within four days a dozen impressions could be delivered, hand-colored if desired, with the copper plate, for 15 francs”.