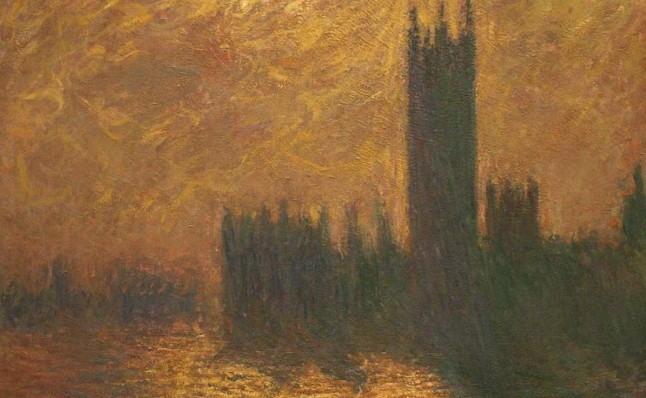 The House of Parliament, Stormy Sky by Claude Monet

Claude Monet, probably the most famous French Impressionist painter, always found the subjects for his paintings in his immediate surroundings. And, for this particular painting, he found it in the view from his rooms on the sixth floor of the Savoy Hotel, London! He must have loved the view from there very much, as he painted a series of views of the Thames River between 1900 and 1901. From that room alone he completed close to one hundred paintings – thirty-seven of which were exhibited in Paris, including the one featured here.

It’s important to put the bigger picture in perspective, and referencing some of his other works from the series (below) would help in understanding what Monet was trying to capture. In the paintings from the series, you will see the same view painted at different times of the day and in different weather circumstances. Each painting shows varying levels of heaviness in the atmosphere and changing angle of the light. In all of the paintings, he painted the silhouette of the building and infused the water and sky with colors that filled the scene at the moment. This backlit effect contributed towards Monet’s intense focus on light and its effects, especially apparent in the Houses of Parliament, Stormy Sky, 1904, currently exhibiting at Palais des Beaux-Arts de Lille, France.

Of course, we all know that the term “Impressionism” is derived from the title of his painting “Impression, Sunrise,” which he painted with fast-paced and loose brush strokes. It is interesting to note that for this series of paintings, while Monet painted them from the St. Thomas Hospital in London, he took them back with him to France and continued refining them for three years. He was finally ready to show them to the world only in 1904! 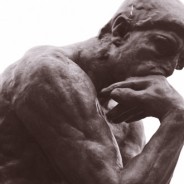