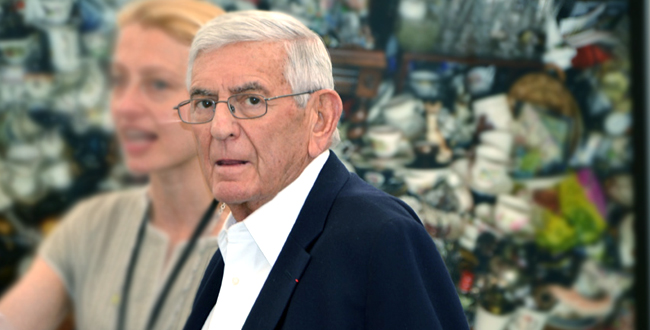 What’s in it for them? Pure altruism or a tiered cake of benefits?

Since the early 90’s an increasing number of private collectors are opening multi-million dollar museums and showrooms to house and display their vast and growing art collections. News of these private museums is making recent headlines partly because prominent art collectors like Eli Broad, Howard Rachofsky, and Kashya Hildebrand are all transforming their private art collections into stand-alone museums. The Broad (the new home for the Broad Foundation’s vast assembly of contemporary art) will be opening in 2014, following closely upon the footsteps of the Wal-Mart heiress Alice Walton’s Crystal Bridges, which opened in 2011. The explosion of private museums brings with it certain questions and even controversies.

Pivotal works that belong to individuals are often shuttered for the lifetime of their owners— and their heirs —until they are passed on to auction houses where they meet the air for a brief period before becoming shuttered again. Sometimes they are bequeathed to museums in favor of profit, and in return for prestige, but this happens less frequently now, as museums increasingly lose out to moneyed collectors who promise artists and dealers a sexy provenance, high attention to maintenance, and unique displays built especially to show an artist’s work to best advantage.

Jeffrey Dietch learned the hard way that private wields great power these days over public. His switch from running one of New York’s most successful galleries to heading up LA’s Museum of Contemporary Art has caused him some acquisitions headaches. 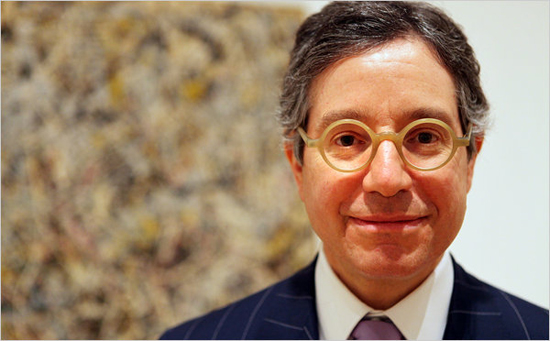 “What happens if you ask an artist, ‘Would you rather sell to the Mr. and Mrs. Foundation or sell to a museum where we have limited space and can only show it every four to five years?’” In an interview with Artnet, Deitch put it this way:

The answer to this question rests partly with our natural suspicion of altruism, especially when costs are high. The wealth and the corporate connections involved with building, maintaining, insuring, and promoting private archives can’t help but raise eyebrows: “What,’ we ask, ‘is in it for them?”

What do millionaire (and billionaire) philanthropists get for spending gigantic sums on projects that promise to “advance public appreciation for contemporary art, ” or support “the educational and cultural development of Northwest Arkansas?”

Speculations mount from simple and forgivable ego stroking (the new private museums have been dubbed ego-seums) to something that looks a lot like tax evasion.

So let’s start with egos:

A respected art advisor, speaking off the record for obvious reasons, told galleryIntell that, collectors who go public are involved in “a search for social status.” 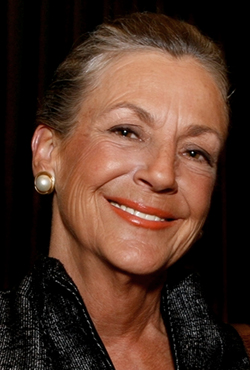 “Collecting was, and is, still an activity identified with the elite. In fact, collectors are now embraced as celebrities in and of themselves. It’s no wonder that private collection tours are now an essential component of various art fairs. Collectors not only are interested in having collections, they wish to be identified by their collection; they wish to glorify, pore over, and preserve them. Fixity and memory are special goals of collectors.”

In point of fact, most do-gooders in the areas of arts and education use their philanthropic contributions to vie for coveted positions on museum boards, or to garner social favors like invitations to openings and VIP events. It also gets them off of waiting lists for important works at galleries which prefer to “place artists” with reputable patrons.

This is part of why philanthropy thrives in general. The philanthropist puts art into the public purview, teaches, refines, and improves society. Just as corporations have long understood the power of using philanthropy as a branding tool, conferring image, taste, and social responsibility, so too, can individual collectors choose to bask in the glow of public esteem that comes with associating their name with high social values. Just as with corporations, their “brand” is defined and supplemented by adding their personal cultural assets to the public domain; the donated or shared works assert an identity which is supplemented by the sorts of pieces the collector has deemed worthy of his/her collection. In this sense, Abby Rockefeller’s collection, which was folded into the nascent MoMA at its founding, was the precursor to today’s private museum collections. Her choices demonstrated a mastery of modern art aesthetics and an eye for canon building.

For a more macho look at curatorial showmanship, take a look at Charles Saatchi who launched the YBAs into fame: his choices showed that if he didn’t have his finger on the art world’s pulse, then he’d define the pulse. Saatchi may be said to make and break careers; his art collection is a display of taste making and leadership. And his reputation rises when the market verifies his assets in the form of rising auction prices. 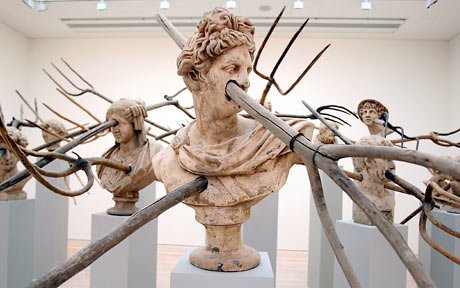 Installation at Saatchi Gallery in London, 2008

This hints at another advantage to creating one’s own museum: there is a financial snowball effect as collectors add value by displaying works in public. As the works garner public attention, receive reviews and praise, and become more and more desirable, they garner higher auction prices. And the effect goes not only to the specific works in a collection, but rather more significantly, to works by the artists in that collection and to the collector him/herself. An art philanthropist can, in a sense, measure his/her legacy, by examining art indices and auction results. Just how prescient or how influential the collector is will be reflected over the years in the art market.

Aside from public esteem and market kudos, public airing adds valuable cross marketing and cause-related income streams like those created by Ronald Lauder who freely mixes gift shop opportunities for Estée Lauder products with shows at his Neue Galerie.

And the best thing about all this added value for founder of private museums is that it is garnered by owning art – not selling it. The astute, savvy collector who displays, educates, and markets wisely stands to gain a good deal by simply owning a lot of great art!

What is more, a loophole exists which can allow private collectors to keep their name on a collection, continue building it, AND earn tax exempt status! If a museum can establish that its collection is socially relevant and it can meet requirements for public access, it can file for tax-exempt status. This means that, technically, the art must be given away to the museum, and no longer be privately owned, but loopholes and vagaries in the laws make this issue moot in many cases.

For instance, Mitchell Rales registered his Glenstone Museum Foundation as a private, nonprofit charity and has, on paper, signed his collection over to the foundation. The art at Glenstone, the foundation’s museum, is supposedly available for viewing by appointment. Alas the appointments are notoriously hard to come by. A peek at the “visitor’s guidelines” yields a suspicious list of restrictions that discourages press.

Part 2 of this article will be published Monday, July 1. Stay tuned!