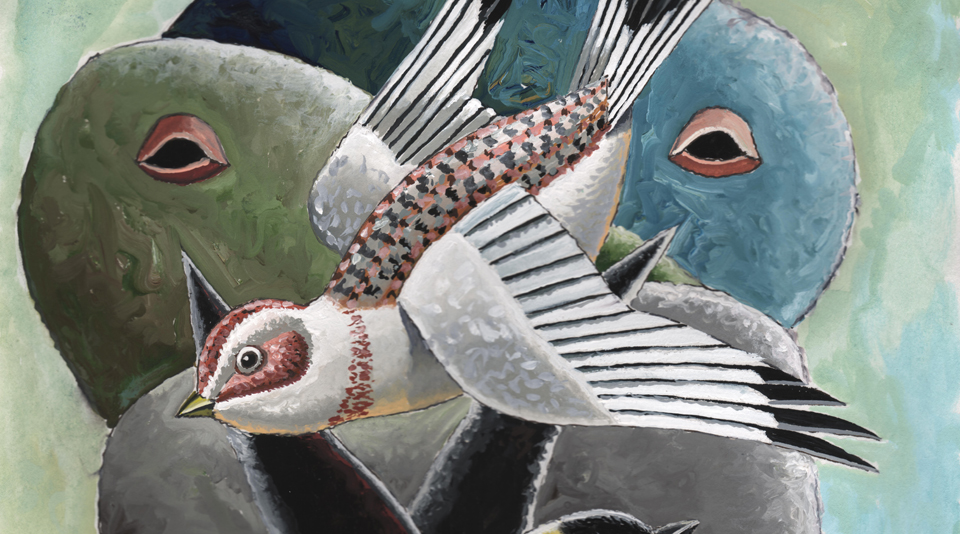 “I see in nature and in the best of humanity an incredible beauty; but I also see in our technology and aggression a will and ability to destroy that beauty, either actively or inadvertently … I paint to try to make people think of the fragility in which we exist.” – Morgan Bulkeley 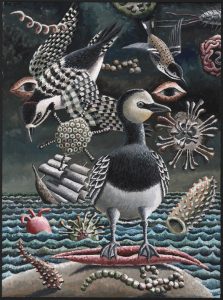 American artist Morgan Bulkeley has spent a life time exploring humanity’s impact on the environment, the perilous state of nature and the corporate agenda of promoting mass consumption that lies at the core of the increasing threat to wildlife and humanity itself.

Bulkeley has been described as the ‘The Hieronymus Bosch of the Berkshires‘. His superbly detailed and emotional paintings can be seen as modern-day calls to action for protecting the world around us. The wonderfully prolific artist, who communicates his vision through a variety of media, including sculpture, hand carved masks, paintings on canvas, gouache and watercolors on paper, and even short video, made advocating for the natural world the main focus of his narratives. It is through these poignant visual statements that Morgan Bulkeley, a soft-spoken, yet deeply passionate painter has constructed whole series of “sentences”. We sat down with Morgan Bulkeley to talk about his paintings and what informs his work visually.

Morgan Bulkeley: “Most of my paintings are about a war between culture and nature and they really are about what is dominant, what is happening in our culture and in the world today. And the way I see it there are just so many sad tales of abuses to air, water, earth. Many of these things are produced by corporate interests and people doing things without really thinking what is the effect? 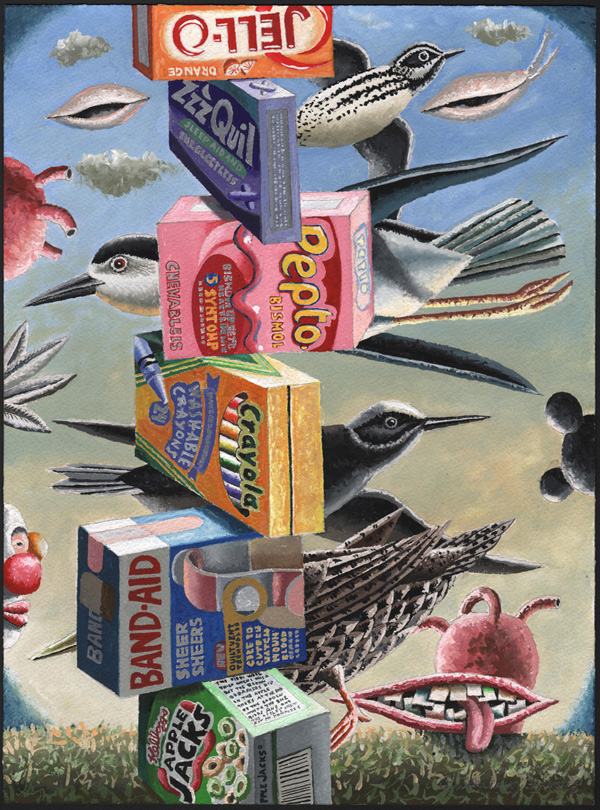 Philip Guston really, was huge in my mind. I saw a show of his, probably in 1975, at the Whitney Museum of American Art and in that show I saw a piece that was probably 8 feet long and 5 feet tall and, basically, it was a line across the middle of the painting and the top half was sort of a dark green and the bottom was kind of a pearly grey. When I saw the piece, I didn’t know what it was. I felt like crying and I looked at it and I must have sat there for 15 minutes just staring at this piece. It was a transformation for me really to feel that intensity. And I began to really, think about his work a lot more after that and, really, that’s what kind of pushed me toward looking for a way to paint figures that weren’t specific.

I was an English major and read an awful lot of literature in my earlier days. There are too many stories to tell and there always will be. 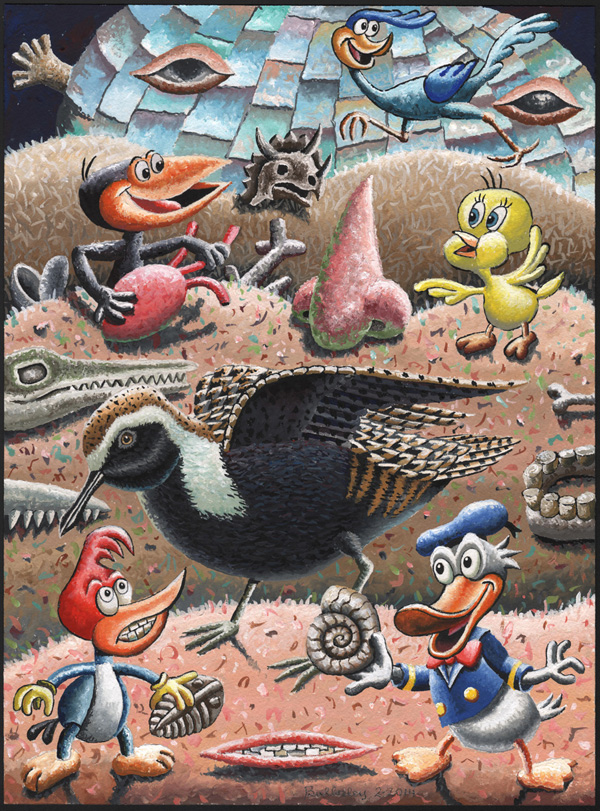 One of the things that’s happened with my work is that I’ll do a piece and it gets so dense and complicated and kind of intricate, entangled really, and it feels like you can’t even move through it. Often after that it will feel like I have to do a piece that is more open, that has a clarity and a sense of possibility, of movement in it. I find that often pieces really suggest the next piece. So there’s been a kind of a natural progression for me in terms of seeing where I’m going by looking back at where I’ve just been.

I love Cy Twombly as well. I began to, kind of, think about him in terms of some of these marks that are up in the sky, and, all of a sudden, I found myself just having such a ball. I’d come in one day and work on it and I’d be doing this, I’d be nibbling away at some little detail and then the next day I’d come in and I’d be slobbering the paint on and then drawing back into it with a pencil in these open areas here. So, it allowed me to travel a lot further in terms of feelings of energy. And I feel like I could come in and be kind of wild with my painting today, and tomorrow I had to sit and be contained and be very careful.
In a way this piece really meant a lot to me in terms of finding this place that I could get to that allowed me to have both of those things operating in the same painting.”

The artist has had solo exhibitions at the Berkshire Museum in 1973 and in 2012. The 2017 50-year retrospective will offer viewers a complete look at his distinguished and prolific career. A catalog to accompany the retrospective is available starting September 2017.

Exhibition dates at the Berkshire Museum: