We went to Brooklyn!

More than any other event this year, Bushwick Open Studios was THE place to witness the epicenter of original art that later hangs and stands in the galleries across the city and more specifically on the LES. It’s as if suddenly you saw where it’s all born. All of it. From the expressive paintings and drawings, to digital art, to painted styrofoam towers jabbed with other painted objects, to things that look like a two-year-old’s bad attempt at being ironic, to some really interesting explorations across the different media. 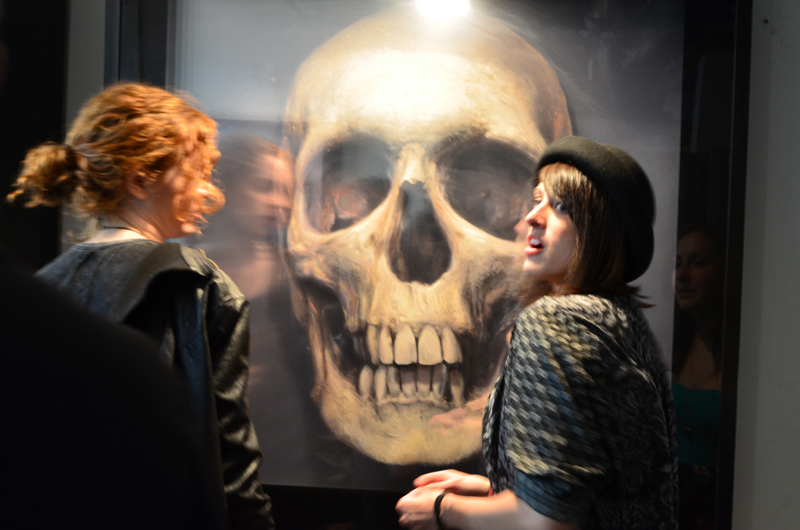 Saturday was marked by migrating crowds of various sizes that moved from building to building, from floor to floor taking in exhibitions at small make-shift art collective show spaces, artist studios and some more clearly identified art galleries like the Fuchs Project and Robert Henry Contemporary.

There was also an interesting mix of “in-your-face”, what I would describe as adolescent rebellion statement art that included everything from your run-of-the-mill one word paintings and sculptures, to catchy art-fair-destined pieces like Juan Miguel Palacios’ Damien Hirst-recalling scull painted on multiple clear panels. To, thankfully, some of the very interesting explorations in collage, 3-D printed art, like Ashley Zelinskie’s reverse abstractions (see the photograph of her table-top sculpture below) and paintings that extended from the vertical walls into the horizontal planes of the floor. 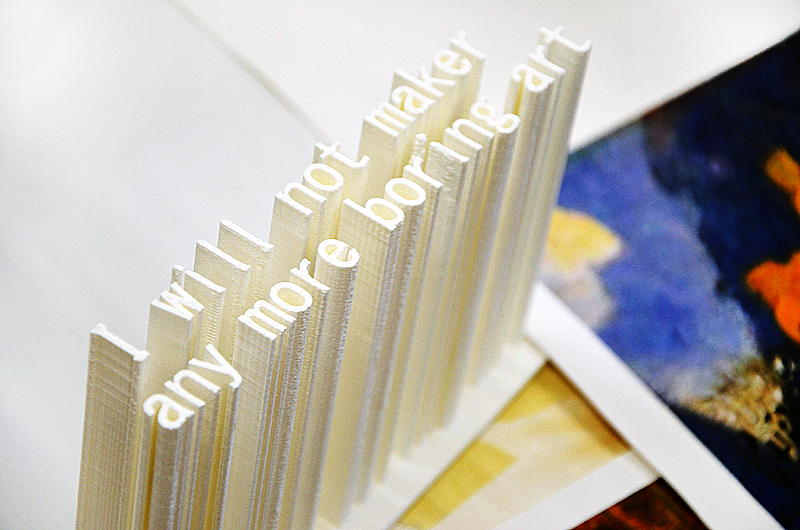 The event seems to be growing, which is excellent as we get to see artists often in the midst of their unique creative processes: conception – experementation-exploration-creation. This is also a great opportunity for all collectors, and those who are only now thinking of buying their first works of art, to connect with the artists themselves, ask questions, get an idea of the thoughts and processes behind their works. And considering that many artists are reclusive by nature, this also is a great chance to actually SEE their work spaces and how they work. It really makes a difference. 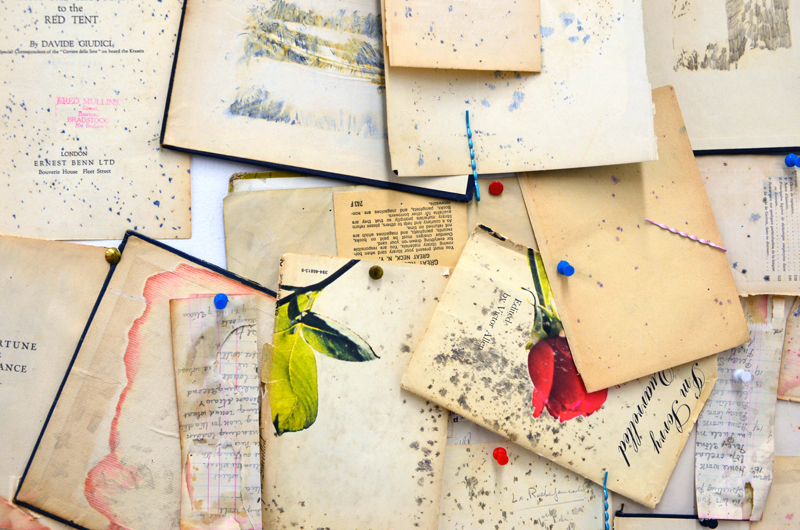 You may, however want to plan out your day because spending more than several hours at a time at a huge event like this is problematic not only because of the sprawl of the various studios (and those of you who are not familiar with the neighborhood, it is, as a friend described to me after 5 hours of our own migrations, “what SoHo used to look like in the ’70’s). Having only seen in Scorsese’s 1985 “After Hours” I am likely to concur. Bushwick’s art scene is vast. It is what Williamsburg used to be just 8 – 10 years ago, and this I remember. 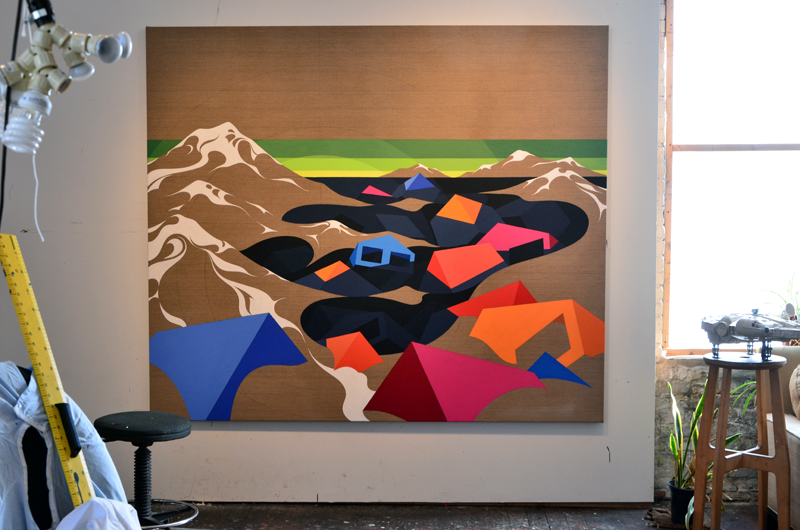 As we strolled into a large exhibition space filled with paintings – more than any other medium, a friend made an interesting observation. “As soon as you get into the higher price ranges, you start seeing more traditional paintings. On canvas, on other types of support, but it’s paintings and drawings.” He paused and then added: “I suppose it’s because we all have small and large rectangular spaces on our walls that need small and large rectangular things to occupy then.” So, my friends, as you see, painting, after all, is not dead. 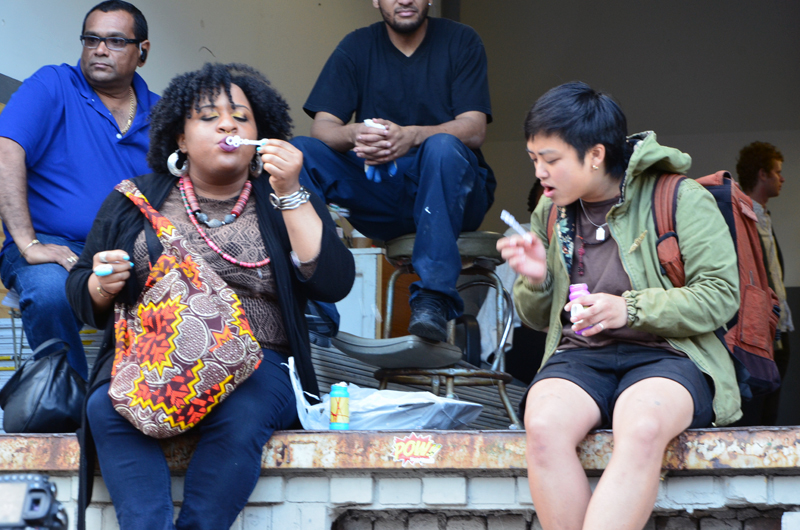