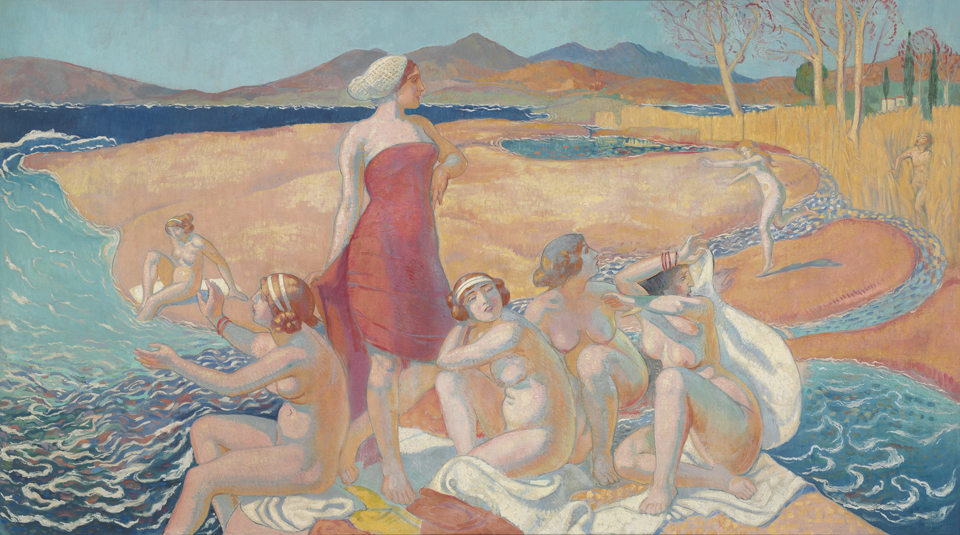 Ten masterpieces you can buy for under $1 million

This time around we thought we’d give recommendations with a very rigid guideline: nothing over one million dollars! Why? Because we want to illustrate that you don’t need huge amounts of money to buy amazing works of art with museum-quality provenance. Easy, right? The strategy is simple enough: go through all the lots offered during the upcoming Impressionism and Modern Art sale at Christie’s and pick out outstanding works in all media that cost less than $1 million. Some names will be familiar to you and some will be more of a discovery, but that’s what it’s all about – learning something amazing while looking at world-class works of art.

Here in the ascending order of their low to high estimates are our top 10 recommendations: 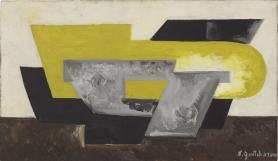 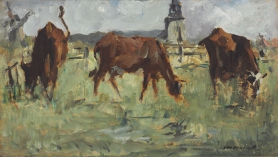 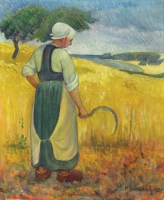 oil on canvas
18¼ x 15 1/8 in. (46.1 x 38.4 cm.)
Painted in 1889
From Christie’s lot notes: “In explaining this work, Sérusier “conveyed to his friends Gauguin’s ‘message’ that instead of copying nature as one perceived it, one should represent it, transmute it into a play of vivid colors, emphasizing simple, expressive, original arabesques for the pleasure of the eye” Those young artists who applauded Sérusier’s Synthétisme or Cloisonnisme as they alternately called it – Pierre Bonnard, Edouard Vuillard, Maurice Denis, Paul Vallotton and Paul Ranson – began to form a separate group who called themselves after the Hebrew word for prophet, Nabis.”
Estimated to sell between $200,000 – $300,000 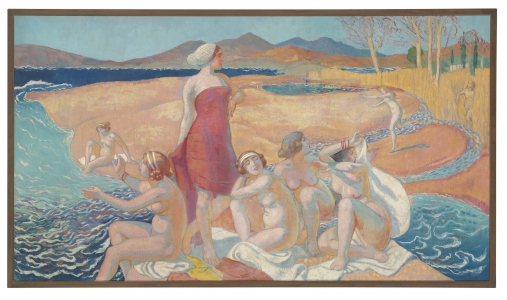 From Christie’s lot notes: “For Denis, who spent every summer at the beach of Perros-Guirec in northern Brittany, the story of the Phaeacian Princess Nausicaa, from Homer’s Odyssey, fit naturally with the theme of women on the seashore that characterized both his mythological and secular works at this time. The Homeric tale begins with Nausicaa dreaming that she must hurry to wash all her garments in preparation for her approaching marriage. After she awakens, she is given permission by her father to take her virgin attendants and a wagon to a faraway beach to perform this task” (G. Groom, ibid., pp. 208-209)”
Estimated to sell between $300,000 – $500,000

From Christie’s lot notes: “The present work was commissioned by Wallace Laboratories around 1940 for their much-anticipated tranquilizer, to be launched in the ballroom of the Waldorf Astoria in New York (March of Time Committee: Papillon served as the dramatic backdrop). In the event, Dalí employed his favored motifs of the previous decade for the dreamscape set piece–an arid, seemingly endless expanse and the recurrent “crutch” (fig. 1). The titular figure was among the artist’s first large-scale renderings of the butterfly, however, dominating the left side of the composition, wielding both butterfly staff and crutch, body inverted downward, its minatory form facing the unsuspecting catcher below. An eye immersed in clouds dominates the central band, while the artist’s bravura, outsized signature, fills the right side.”
Estimated to sell between $400,000 – $600,000 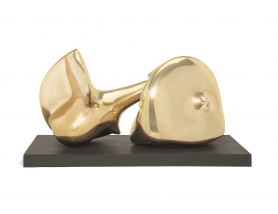 From Christie’s lot notes: “Conceived in 1966, Two Piece Sculpture No. 7: Pipe displays Moore’s preoccupation with creating multiple and varied viewpoints from separate sculptural units that are brought together into relationships of tension and interdependence. Developing an idea which had first appeared in his work in the 1930s, Moore began to divide his reclining figures into two and, later, three and four pieces in 1959. The highly polished finish of the present work is particularly notable, calling to mind the sculptures of Constantin Brancusi whom Moore had admired for his ability to rid sculpture of all “surface excrescences.”
Estimated to sell between $600,000 – $800,000