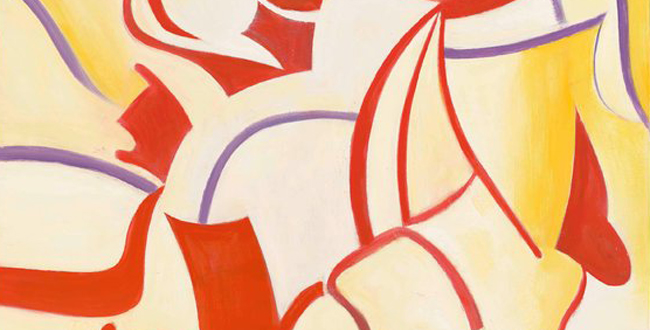 You’re looking at one of the late Willem de Kooning paintings from the upcoming exhibition at the Gagosian Gallery on Manhattan’s Upper East Side later this fall. 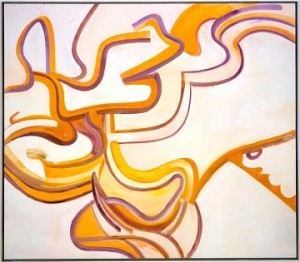 The foundation decided to forego the private sale/public auction route in hopes of protecting any potentially unsold works. A well-intended move, but as a result it is [most likely] paying a much bigger commission off the original sale price to the gallery vs. the auction. It is then quite possible that the works in the upcoming exhibition are not of the highest “artistic” quality and therefore stand a higher chance of being “passed“. The de Kooning retrospective at MoMA demonstrated exactly that. And while the early and mid-career de Kooning compositions were strong gestural works: moody, process driven, Dostoyevsky-like novels on canvas, his later paintings often lacked focus and didn’t have the same force as his earlier works.

Gone are the signs of process, the tortured lines, the worked and re-worked spaces (both positive and negative) only to be replaced by the decorative, crowd pleasing and disturbingly clean yellows, oranges and red interconnected objects that lack depth and soul. If the last room at the MoMA retrospective is any indication of the upcoming exhibition, the foundation’s decision to hold a private sale seems well-planned.

The exhibition, consigned by the de Kooning Foundation and organized by John Elderfield, a consultant for Gagosian and the Museum of Modern Art’s chief curator emeritus of painting and sculpture, will, of course, coincide with the Post War and Modern Art auctions in New York this coming November 12 and 13, where other de Kooning works are likely to be offered by private consignors for a public auction.

De Kooning’s “Privileged (Untitled XX)” 1985 (detail above), and Untitled, 1987 (above) will be two of 10 works at the New York City outpost of the Gagosian empire. The Foundation hopes to realize $30 million from the sale.