A night at the auction

Picasso’s dog without a home

High estimates fail to find support among buyers at Christie’s.

Expectations are naturally high for Christie’s upcoming sales during the weeks of November 4th – 13th, 2013. After all, the auction house set unprecedented records just 6 months before, bringing in almost $500 million during its, now legendary, Post-War and Contemporary auction. This time around they would have to not only mount a spectacular sale, but the goal, as echoed by several of the department heads at this morning’s presentation, is to supersede the May results. 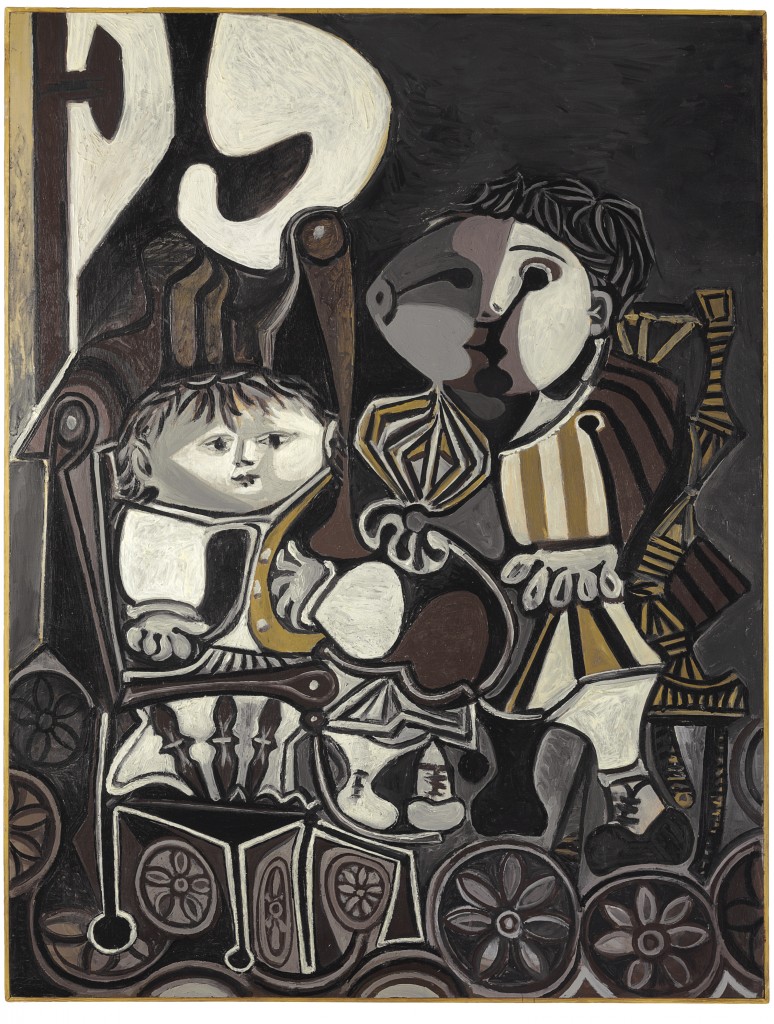 Tonight’s first installment of the Jan Krugier single owner sale at Christie’s served as the unofficial start to the fall auction season. It was an art market’s litmus test of the health of the Impressionist and Modern art market and would set the tone for the next two days, although at this point many in the department are probably hoping for the opposite. Of the 63 lots offered in tonight’s sale 19, or approximately 30% didn’t sell. The evening’s top lot was Picasso’s 1950 oil on canvas titled Claude et Paloma that sold for a total of $28,165,000 – or more than double its high estimate of $12 million. The gray, white and brown painting of the artist’s two youngest children was in Picasso’s private collection until the artist’s death and then went to his grand daughter Marina. Find out who bought it.

Read our top 10 recommendations from the sale. 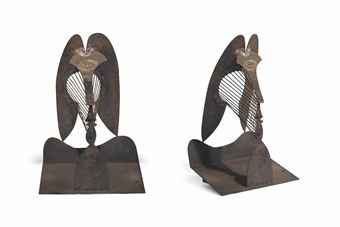 The evening featured many works of art that were surprisingly expensive by the auction house’s estimates. Among them were the  1964 metal maquette for Picasso‘s famous Tête (Maquette pour la sculpture en plein air du Chicago Civic Center). This small-scale, highly stylized sculpture was a study for the final work which was Picasso’s gift to the city of Chicago. The maquette was  priced at an unexpected $25 – $35 million and in this price range failed to find a buyer. The only Giacometti sculpture to sell this evening was the 1951 bust of the artist’s brother Diego, titled Tête de Diego au col roulé. It never reached its low estimate of $6 million selling instead for just below $4 million, which is the price suggested in our top recommendations. 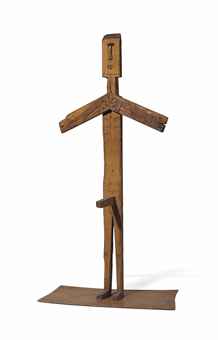 One of the pleasant surprises of the evening was the price realized for Henri Matisse‘s Arabesques Noires et Violettes sur un Fond Orange which sold for a total of $1,085,000. Picasso’s simplistic phallic wooden construction titled Le Jeune Homme (left) was a casualty of the evening, failing to realize its unprecedented estimate of $5 – $8 million. I am not sure who was supposed to buy it for that price but its failure to sell gives me hope that not all is lost in this, often irrational, marketplace. Making up the rest of the 19 lots are Wassily Kandinsky‘s Herbstlandschaft with its $20 – $25 million. Last year Kandinsky’s Studie für Improvisation 8 was the star lot of the Impressionist and Modern Art sale, barely making through the low estimate and selling for $23 million. Herbstlandschaft is considerably smaller, less dynamic with a paler, less exciting palette, far less compositionally complex and would have been better priced at $11 – 14 million. Another casualty of the elevated estimates, Alberto Giacometti’s Nu Debout didn’t reach its target price of $8 million. Joan Miró’s Peinture-L’Oiseau also went unsold failing to garner interest in the $8 – $12 million range.

In orange are paintings included in our Top 10 recommendations for collectors.