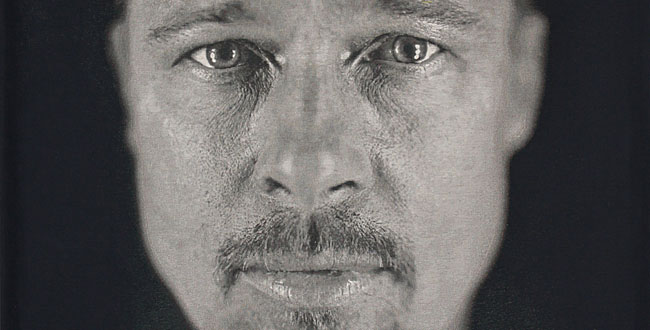 Day 2 of 2. How I Spent a Million Dollars at Art Miami.

Part two of our special correspondent’s report on the wondrous world of The Art Fair. In her second installment Kelly Caldwell, an ardent art enthusiast and a seasoned world-traveler, imagined herself in the role of an art advisor. Armed with a hypothetical budget of one million dollars, (it seemed like a good number to start with) Kelly went on a buying spree at Art Miami, putting together her very own dream collection. Let’s see what she picked!

Having spent a day at the VIP pre-opening of Art Basel Miami feeling that I was truly lacking in worldly knowledge, I decided to dress up and embark on an adventure! Day two was the Art Miami fair and I had an assignment – spend a hypothetical million dollars building my dream collection. The fair, Art Basel Miami’s older sister, just across town in Miami’s design district, seemed like a great platform to discover more art!

Not a bad gig, but where to begin? The advice that I received from the galleryIntell founders was “Relax and let the art move you. Put together a collection for an imaginary home based, first and foremost, on the art that attracts you and, secondly, considering its connections to the past, its present prominence and future relevance.” 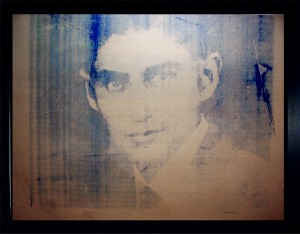 My favorite artwork in the show was a pale blue portrait by Andy Warhol. Chosen for the would-be library, this haunting photo of Franz Kafka was printed on newspaper (43 x 55 inches) and mounted on linen covered in an uneven, transparent blue pigment. Through this piece, I saw Andy Warhol as an artist rather than a marketer. The Westwood Gallery had the piece authenticated by the Andy Warhol Art Authentication Board and was selling it for about $200,000. I thought it was a great start to my collection!

Next we walked into the Munich based Galerie Terminus. There, on the back wall, was a large-scale primitive painting with an arresting and sophisticated pallet of red, black and gold. If you examine the painting closely, the brush strokes reveal a strong, fast and violent movement that characterized the Neo Expressionist era in German art. Interpreting the meaning could provide hours of entertainment for guests at a dinner party. It was only $265,000 – and it was mine!

As we walked on through the aisles, we passed “Art – as social commentary”, “Art – as shock factor”, “Art – as bling”, but none of these were “Art – for my imaginary home”. Then we came upon a beautiful, tranquil Jean-Pierre Cassigneul painting. Never did I imagine I would choose a painting like this, but there I stood in front of it, admiring the soft, blended colors, the feminine-qualities of the composition and the simplicity of the birds, which reminded me of the pink-billed Java Sparrows we saw on a recent trip through South East Asia. Sold.  $160,000 at the Leslie Smith Gallery.

Just as I was fantasizing about where the “Elegante Avec Perroquets” would reside, a friend took my arm and led me to the Contini Galleria D’Arte booth and to a bronze bust by Igor Mitoraj.  A Polish-born German sculptor, Mitoraj moved to Paris in 1968 and studied at the National School of Art. My friend had seen his large-scale sculptures in public spaces in Italy and I had seen them in London. This particular work was perfect for a living room or a salon.  With classical references to a female head and neck, it had an interesting twist – the head was wrapped like a mummy.  It was provocative – beauty that cannot see or be seen. For $200,000 – I’ll take it!

Finally, we had to decide how to spend the last 200,000. We debated between a Gerhard Richter-esque painting and a large tapestry of Brad Pitt. I chose the jacquard tapestry. What tipped the scale was the interesting juxtaposition of this century old artistic technique with the superficial, ‘celebrity as god’ consumer mentality of today. The Zadok Gallery here in Miami featured this work, which was a collaboration between Chuck Close and Magnolia Tapestry Editions.  Manufactured by a family-owned mill in Belgium with innovative use of computerized technology, this enormous, wall hanging was as sharp as a photo. It would be perfect in our would-be entertainment room.

Step one of my assignment at Art Miami was complete. I selected 1 million dollars worth of art that I responded to – each for different reasons.  This was a truly enjoyable way to take in all the art at Art Miami. Rather than ending the day with complaints about blisters and crowds, I am energized and looking forward to looking into the artist’s roots, auction results and galleries that represent these artists. Moreover, I am looking forward to turning this imaginary collection into reality.