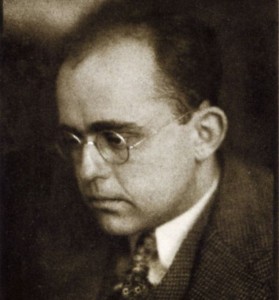 This is possibly the most jaw-dropping story of the past week. A treasure trove of Impressionist, Cubist, and Modernist paintings, some 1400 – 1500 pieces, have been discovered in a decrepit old apartment in Munich, hidden behind cans of old expired food. These paintings, thought to have been lost in a fire-bombing of Dresden in February 1945, were in the possession of Cornelius Gurlitt, son of Hildbrandt Gurlitt, the war-time art dealer responsible for selling these paintings during the war. Many of these art works were featured in the now infamous Nazi-curated traveling exhibition, “Degenerate Art” in Berlin, 1938. The Gurlitt collection is arguably the most valuable collection ever discovered and includes works by Albrecht Dürer, Pablo Picasso, Max Beckmann, Otto Dix, Emil Nolde, Ernst Ludwig Kirchner, Marc Chagall, Henri Matisse, Salvador Dali, and Auguste Renoir (to name a few). Source: The Economist. 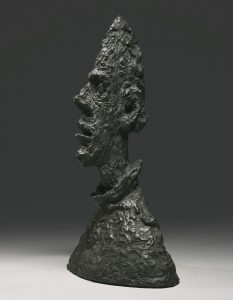 On Wednesday, November, 6th, Sotheby’s held their Impressionist and Modern sale which reached a total of $290.2 million, just shy of the $308 million total estimate. Artists such as Jean Arp, Man Ray, Gustave Courbet, Giacomo Balla, and Francis Picabia garnered record prices, with 12 of the 64 lots, or roughly 18% unsold. The piece de resistance of this auction was the Grand Tete Mince (Grande tete de Diego), a bronze bust by Alberto Giacometti of his brother Diego. It sold for $50 million to James G. Niven, a chairman of Sotheby’s, who was bidding by telephone on behalf of the Acquavella Galleries. This prompted Tobias Meyer, chief auctioneer at Sotheby’s to exclaim “So the market is alive, right?”. Source: The NY Times. 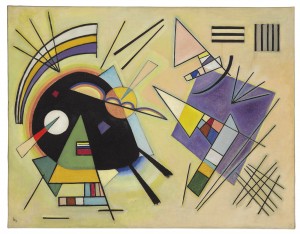 Christie’s own Impressionist and Modern Evening Sale on the other hand failed to meet expectations. Smaller in scope the evening offered just 46 lots. Eleven of those were passed on – some of them by big named artists such as Pablo Picasso, Amedeo Modigliani, and Egon Schiele. Even Diego en Chemise Ecossaise by Alberto Giacometti, one of the most looked forward to piece (and the cover of the catalog) failed to reach its low estimate of $30 million. It went to the third party guarantor who ensured the lot. One of the show stealers was Wassily Kandinsky’s Schwarz ind Violett, which flew past its estimate of $4,5 – $7,5 million and brought in a whopping $12,6 million. The lucky buyer was the art dealer David Nahmad – father of Helly Nahmad, a New York art dealer, now under investigation by the FBI. Source: The NY Times. 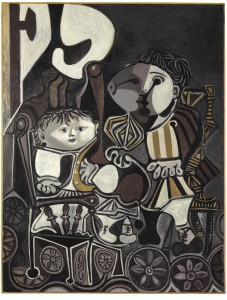 In other auction news Mr. Wang Jianlin, China’s richest man was named as the buyer of Pablo Picasso’s Claude et Paloma. Wang, who bought Picasso’s Claude et Paloma, through Rebecca Wei, managing director of Christie’s Asia, ranks 84th on the Bloomberg Billionaire Index with net worth of $13.2 billion. He is the chairman and founder of Dalian Wanda, a Chinese conglomerate with interests in commercial property development, a department-store chain, tourism, hotels and entertainment centers. The painting sold for $28.2 million including premium, well above its $8 – 12 million estimate. The painting has an interesting provenance and was expected to do very well. Source: Bloomberg News

On November, 8th a study for Lamentation of Christ, a small double-side sketch, will go on sale at the Farsettiarte auction house in Prato, Tuscany. This work is estimated to sell for €140,000-220,000. Said to have come from a private collection in Italy, this Pen and brown ink on laid paper has been deemed quite significant by Mantegna experts. In a time when so much of the focus is placed on Modern and Contemporary art, it is refreshing to see a work by a Renaissance master in the spotlight. Source: The Art Newspaper.

Two of the founders of the New York-based Dia Art Center Heiner Friedrich and Fariha de Menil Friedrich, sued the organization to prevent them from selling paintings and sculptures by Cy Twombly, John Chamberlain and Barnett Newman at Sotheby’s New York during its contemporary art auctions on 13 and 14 November. The suit states that the sale is a breach of contract between DIA and its founders, noting that the works were acquired directly from the artists, at below-maker prices, on the condition that the works would never be sold to private collectors and thus never enter the market. The sale is just days away, so the ruling is soon forthcoming. Source: Bloomberg