I’m not even sure these paintings would adhere to the formal definition of a painting, where a pigmented medium is applied to a canvas or board. Don’t get me wrong, there is paint, but it’s just not the primary medium. These works are more like constructions that have some elements of paint on them. Geological in their surfaces and very human in nature, the exhibition at Robert Miller Gallery is a vast display of Peter Sacks‘ large-scale paintings collectively titled Aftermath. Each one is a layered affair that presents itself more like a topographical survey than a traditional painting. Those large folds and creases of canvas, crochet, fringe and lace, recalling the life lines on our palms. 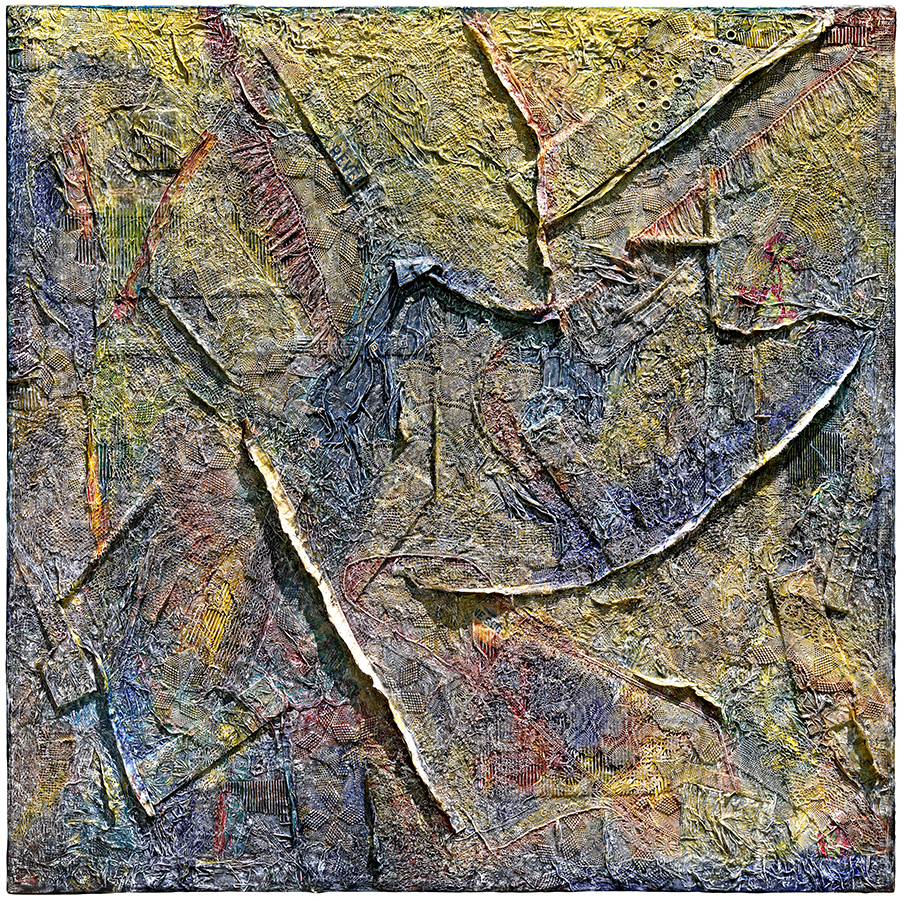 They read like novels, only without a defined starting point. You, the viewer, can begin anywhere and lay your own path of discovery, connecting each element with your own threads. Each canvas – a vast landscape of a myriad of media arranged, glued, typed, rubbed in a meticulous order. Each canvas also a hint of what is concealed beneath its most superficial visible layer. Like human souls, Sacks’ Aftermath, Mandela and other series show just their surfaces. The rest is for you to reconstruct and weave into your own personal story. And just like humans, some paintings in this exhibition are open, energetic, conducive of conversation and discussion, and some almost appear to be in pain, suffering, sulking, shaken and broken. Perhaps not surprisingly. Most of the paintings in the current exhibition are titled “Aftermath” and refer to the events in the artist’s home country of South Africa during the last half of the 20th century.

In 2012 Daphne Merkin wrote in The New York Times: “In an artistic career that began with a 14-year stint as a poet and then took an unexpected and vigorous turn toward painting, Mr. Sacks has used his finely tuned ear and eye to render the enigmas and horrors of the world as he sees them.” 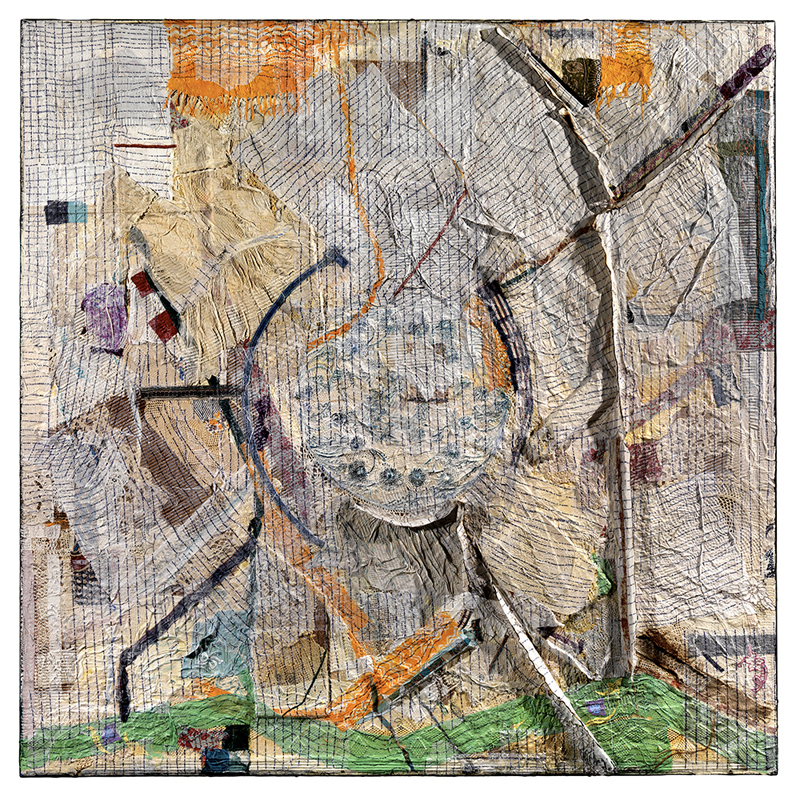