“If we can look at a drawing or a painting as an object, pure and simple, (sometimes I think that I can, sometimes not), it must have a quality that I attribute to all objects.  It should address me and render itself part of me.” – Andrew Forge

There is very little time left to see Andrew Forge’s exhibition at the Betty Cunningham Gallery on the Lower East Side. But see it you must. The bi-level exhibition space at 15 Rivington street (formerly occupied by DODGE Gallery) features a total of 19 paintings, both on canvas and paper. Forge’s signature watercolors radiate with sensuality and weightlessness, while the canvases, created through a language of dots and dashes, belong in another time altogether. Somewhere closer to Turner, Seurat and Signac than with Rauschenberg and de Kooning – the artist’s contemporaries, and that is what makes his deeply abstracted compositions so transcendently beautiful to consider and contemplate. 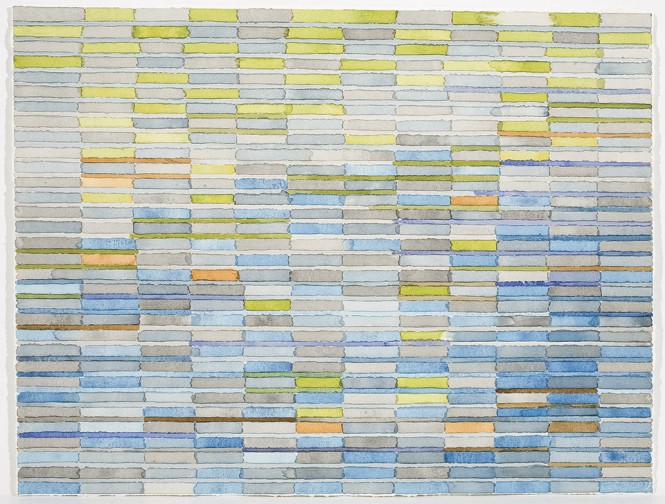 Two canvases on the main floor of the gallery, rather intuitively named Heavy Hemlocks I & II from 1990 and 2000 are intensely dense, in spite of the lightness of Forge’s marks, and as Cunningham pointed out, have a clearly defined direction – a rare characteristic of abstract paintings. The two paintings anchor the space with so much mass that even the yellow tapering at the vertical margins does little to dissipate the weight. And yet, they are full of energy and force. 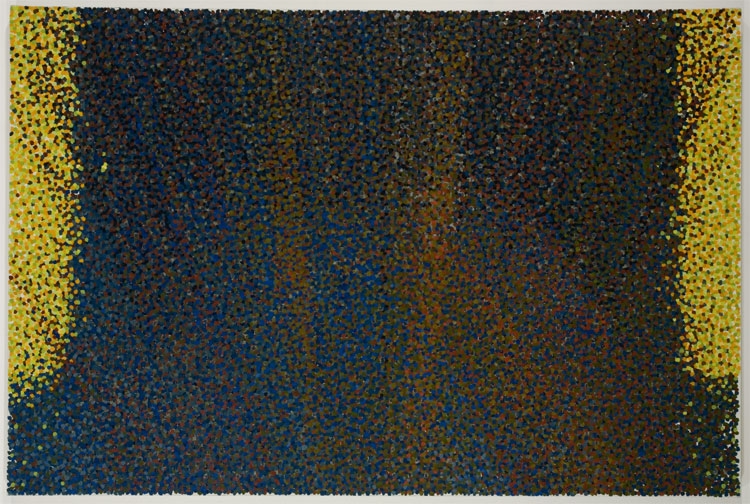 April, March and November frame the downstairs gallery allowing the viewer the opportunity to address the paintings both immediately and from a balcony – the two perspective providing for a very different dialogue with the works. As I stood on the balcony, looking down at the paintings, I couldn’t help but think of Klimt and his idyllic landscapes from Attersee, or this 1912 painting titled Avenue in the Park of Schloss Kammer. 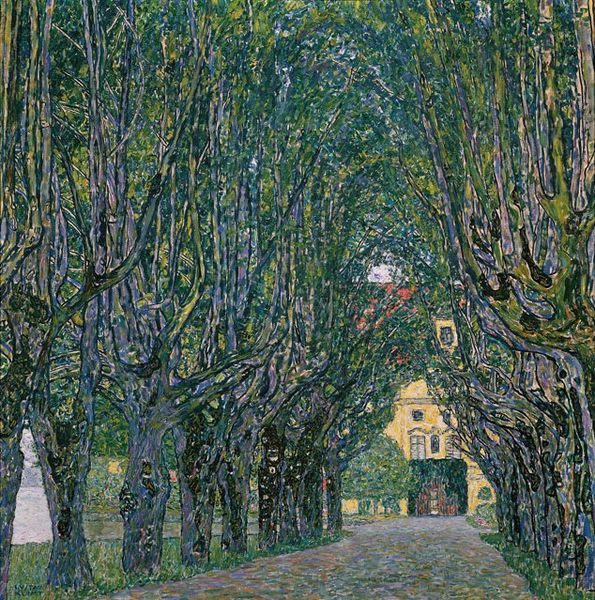 Gustav Klimt, Avenue in the Park of Schloss Kammer 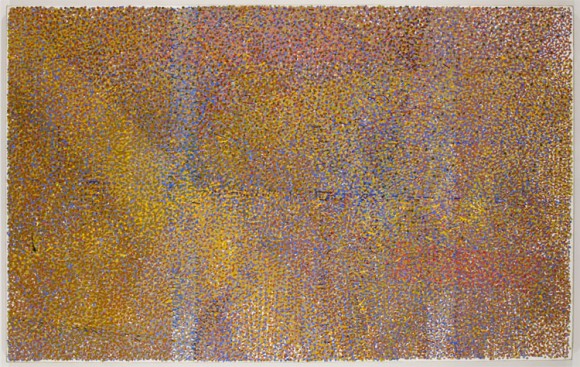 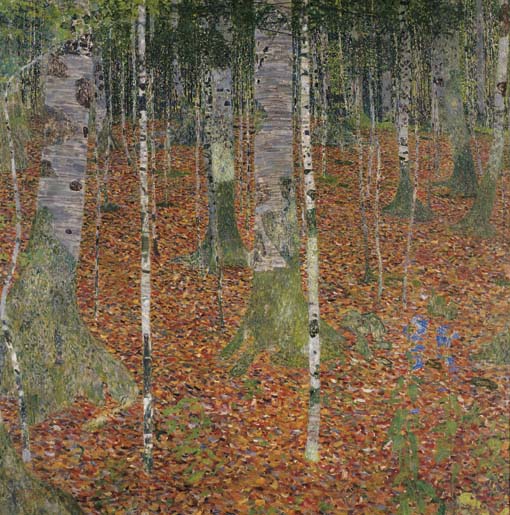 As we walked through the exhibition Betty Cunningham mentioned that Forge was quoted saying that “painting, his first love, because it freed him from words” an interesting notion, considering that Forge was also a universally recognized author with books on Monet, Manet, Degas, Soutine, de Kooning and others.

The works on canvas are offered at just below $100,000, so they are probably not for the average beginner collector, but watercolors on paper are offered for about $10,000, and they are very much worth considering.

An excerpt from Andrew Forge’s 1975 Artforum article titled “Painting and the Struggle for the Whole Self”:

The painting plays shifting roles – as representation, as organization – and, above all, as historically defined “work” within the context of art as a whole.  Just recognizing a painting as a painting is a cultural action, and as soon as I have done that, everything that is specific in it will start to find a place for itself within the complex that might be termed what‐I‐know‐about‐painting.  But it will still be there in front of me as an object and will be present for me to take in – with its attributes of size and surface, its open or continuous markings, its texture, pattern and color.   And in turn, it will be there as representation. Representation raises special questions; for whatever a painting alludes to or depicts, the metaphors within remain unverifiable in their scale and location.  I have to take it on its own terms since I cannot verify what it depicts, as I can generally verify another kind of object by touching it or maneuvering in front of it or scaling it alongside other things.  Nevertheless, as representation, the painting faces me and renders itself up to the reciprocal experience that I have been describing.  I am free to refer to its being as object – a rectangle of such and such dimensions, with such and such surface, its open or continuous markings, its pattern and color. It seems to me that there is a major distinction to be made between this response to it as representation and object on the one hand, and my reading of it as a painting among other paintings, an item in a historical sequence on the other.

To learn more about Klimt’s Birch Forest, 1913 recently in 2006 at Christie’s for $40.3 million please follow this link (note the provenance in the OVERVIEW tab) and click on LOT NOTES tab below the image.

Images featured in this article are © Andrew Forge’s Estate, courtesy of the Estate and Betty Cunningham Gallery.