“WE DECLARE: That the art critics are useless or harmful.”

It is not for the want of rash dismissal that I refuse to consider many of the contemporary word paintings, sculptures, or installations worthwhile. But, it is partly because the new iterations conceptually and theoretically often lack the necessary contextual tactility and depth and likewise don’t seem to have improved on the existing concepts, pioneered by the Surrealists some one hundred years ago.

“Conscientious and exact imitation of nature does not create a work of art.” – Emil Nolde, 1909 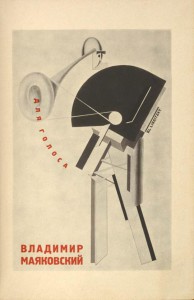 El Lissitzky, For the Voice

When the concept of marrying drawing and writing, activities that required the same motor abilities and involved the same tools and media was first introduced by the Surrealists,  it was revolutionary. It was yet another path for artists to remove themselves from the task of representing reality. Interested in the graphic and pictorial qualities of the written language artists sought to explore the boundaries of the new method of expression. Lissitzky, Mayakovsky, Breton, Apollinaire, Tatlin, Gris, Rodchenko — all carefully integrated written language into the “new art”. These were poems, witty phrases, groups of words that engaged the viewers’ cognitive capacities beyond the obvious associations and prompted them to think, analyze create multiple levels in reasoning and draw conclusions.

Later Twombly, Basquiat, Johns, Rauchenberg, Lichtenstein incorporated letters and words into their paintings and their purpose was clear. Now, the next generation is tackling the concept but what we get is often unsubstantiated, flat and lacking in purpose. Contemporary “letteral” art, like Tracey Emin’s neon signs, Christopher Wool’s black stenciled phrases, Jack Pierson’s ever-present text art, or Richard Prince’s jokes are but poor derivatives, better suited as a theatrical backdrop rather than stand-alone art. 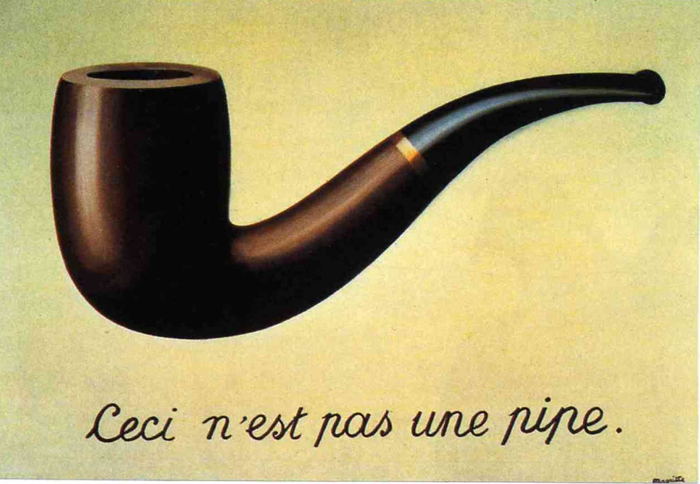 Renee Magritte, The Treachery of Images

These is not Magritte’s The Treachery of Images with its famous Ceci N’est Pas Une Pipe painted in beautiful cursive to contradict your instant perception of the represented object. The 1928 painting was among the first in making the viewer aware of this separation of reality and its representation on a pictorial plane. Its intention was to challenge conventional approach of the very nature of the reproduced imagery. It was like that moment in The Matrix when Neo is told that everything he believed was real in reality didn’t exist. 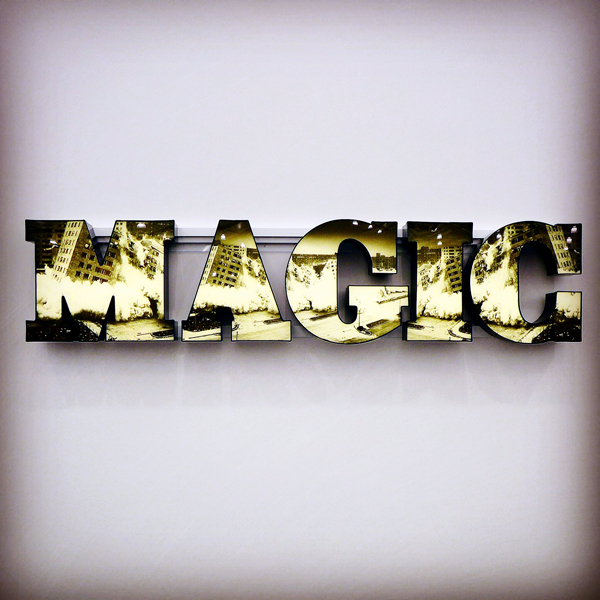 Shiny manufactured artifacts appeal to the Instagram generation for its simplicity and photo filter compliance. In contrast to the pioneers of the genre who developed and offered the unexpected and sophisticated new perspectives on the common qualities between language and art, the intention of contemporary works is to conjure up familiar prime notions, images and concepts that we first learned in childhood. Basic reactive responses to basic messaging.

“Magic”, “You Are Beautiful”, “Love”, “I Kiss You” and other “profound” messages are perceived by the viewer within a single dimension, using a limited range of emotions, and prompting an even more limited associative vocabulary when asked to describe its affect. Good, happy, sad, confused, angry — the same expressive range expected from a child. They are, in essence, a reflection of the contemporary media and the culture it creates where no reflection, contemplation or analysis is expected of the viewer. Consume it, post/share it and move on.