On a recent cold February Thursday, galleryIntell joined in the celebration of Laurence Miller Gallery‘s 30th anniversary — one of the oldest continually operating photographic art galleries in New York. 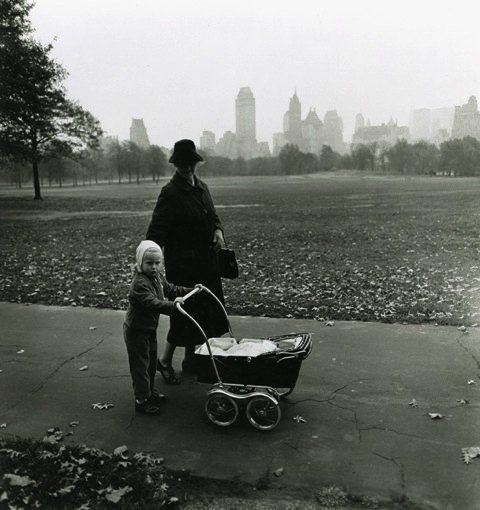 It was a pleasure to see the well-attended crowd’s appreciation of the eclectic collection selected to showcase the gallery’s range of offerings; the exhibit featured works ranging from black and white to large-format color, largely from the past 50 years, with some of the most prominent artists defining their categories, like Diane Arbus and Lee Friedlander.

As a contrast and true comparison of photography’s development as a genre, Eadweard Muybridge‘s original collotype Animal Locomotion series from the late 1800’s, among the most significant precursors to contemporary motion pictures, were also prominently featured. On the other end of the spectrum was Spanish artist Miguel Angel Garcia’s pigment print View from the Empire State building Looking South, a scenic photograph abstracted by the painted red highlights of water towers throughout the city view. 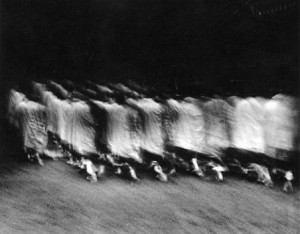 Particularly striking was the Petah Coyne black-and-white gelatin silver print, Untitled #735 (monks, Kyoto), a large-scale print that welcomed viewers at the gallery entrance. Another standout was Ray K. Metzker’s Matched Pair and City Drillers III works, assemblages of gelatin silver print single frames made in 1985 from 1966 negatives. The stark contrast of the pitch black backgrounds and walking silhouettes create a rhythm complemented by the Matched Pair.

Located on West 57th street, the gallery has championed both contemporary and vintage fine art photography since its inception in 1984, covering the likes of American and Asian photography since the 40’s and 50’s, respectively, and international contemporary photo-based art. Both the seasoned and beginner collector alike will find a range of museum level additions to their collections in reach of their pursestrings.

The exhibition Thirty Years Thirty-One Photographers will continue through April 26th, and photography enthusiasts can also visit the gallery’s booth at next week’s ADAA: The Art Show fair located at the Park Avenue Armory.

This article ©galleryIntell. Images provided courtesy of Laurence Miller Gallery © their respective owners. Reproduced with permission from the gallery.