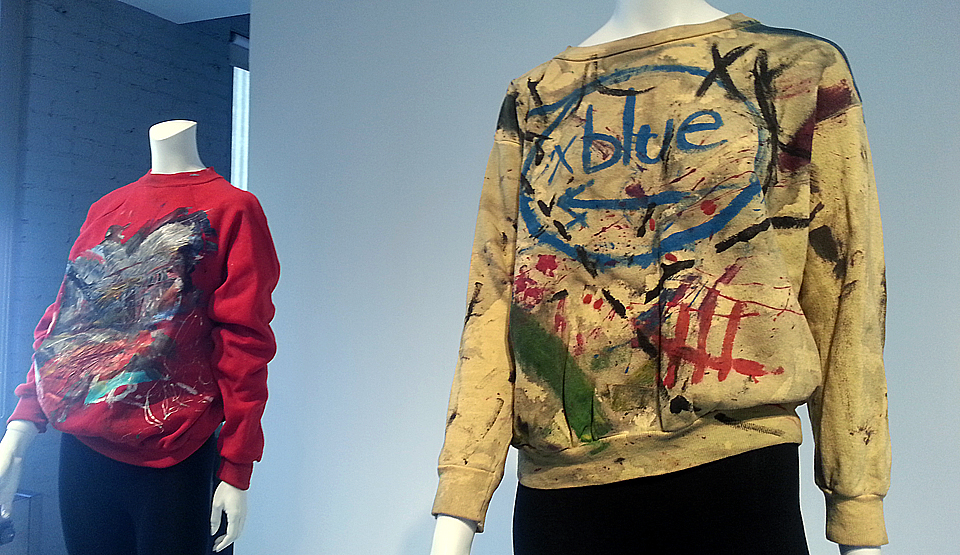 A window into Basquiat’s imagination. Alexis Adler’s collection at Christie’s

When an artist gives you something, anything – KEEP IT!

I have a rule. At least once a year I have to make an explicit effort to actively learn about something I have very little understanding of, actively dislike or entirely unfamiliar with. Such was my path from hating Thai food to being nearly obsessed with Tom Ka Gai, from understanding very little about African primitive art to seeing its immense influence on Brancusi, Picasso, and Woodruff. 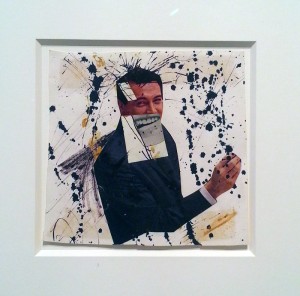 My relationship with Pop Art and Basquiat oscillates between “I don’t really care about it one way or the other – to I don’t really care about it”. So in other words, it’s a wide range of emotions. Then in late January I had a chat with the head of PR at Christie’s and was told about an upcoming reception for Jean-Michel Basquiat’s work that is to be featured in a two part auction. A two-week online auction and a live event to sell some of the bigger, more expensive works. I’m well familiar with his works and never had any desire to “delve deeper” into it. I understand the [art] market principles of supply and demand and see why prices for Basquiat’s work rise, but besides the purely historic attributes, I fail to see much aesthetic or emotional value in it. It just doesn’t speak to me. A piece of NY history – I get it. A window into the “then-new art” – I get it. Warhol’s protege – I get it. But with my having little emotional response to Warhol’s work, that last argument is of little value. My last encounter with Basquiat was last year at Gagosian gallery when people stood online for hours to get in on the opening night. I saw the show, marked the appropriate box on my “been there-done that” list and, having confirmed my utter indifference towards his work, went on to see other shows.

So, I brushed off the plan to attend the reception until a proper invitation arrived some weeks later. That’s when I remembered my rule. I had to go and see the installation at Christie’s. 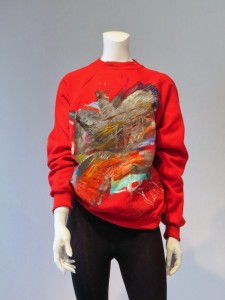 Items on offer were from the private collection of Alexis Adler, Basquiat’s roommate and friend for a couple of months from 1979 – 1980. Mainly a series of hand-written notes, some doodles, collages, thoughts and ideas, and a painted door. The most colorful and most interesting items were the painted sweat shirts and a paint suit. For a second there, I imagined myself in the bright red, Franz Kline-inspired design. If there was a reproduction of it, I thought, I would wear it. Adler said that he would buy a dozen of blank sweatshirts, paint them, sell them around SoHo and Washington Square park and buy paints to create more. The red and yellow “specimen” were, as she put them “rejects” that he gave her as a gift. The “retail model” was the cut neck, “Transistors” type you can see below. Somehow they all fit perfectly into what hipsters in BedSty, Bushwick and Red Hook wear every day, so we could say that these aged well.

The dark gray sweatshirt shown in the main hall read Man Made, but in my admiration of a certain TV show, I ended up reading the words somewhat backwards. And continuing on the notion of cool wearable designs, there was the painted paint suit. How has Gwen Stefani not thought about wearing something like that for her concert?

So here is what I learned from the reception:

So it was like a window into this man’s imagination. The intimate cognitive process behind the brash, aggressive canvases we see each time another one sells for tens of millions. These works are more personal. More honest. More sincere, authentic and less commercial. 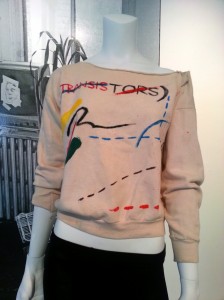 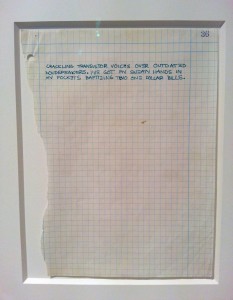 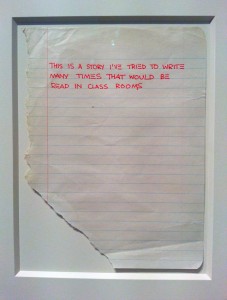