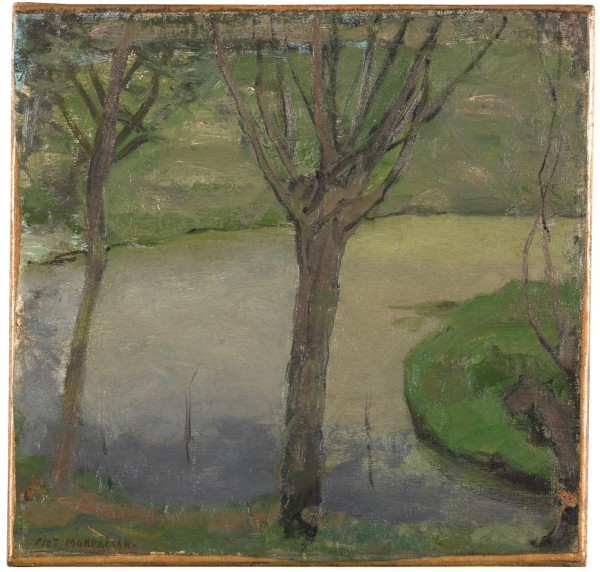 “Curated by Karsten Schubert, the exhibition will provide a concise view of the artist’s figurative landscape paintings from 1900-1905, highlighting the period prior to his involvement with De Stijl and Neo-Plasticism, for which he is best known. The selection of works, which depict the Dutch countryside outside of Amsterdam, reflect Mondrian’s lifelong interest in nature and represent some of the earliest examples in his evolution toward increasingly geometric abstractions.

The dense, small-scale paintings included in this exhibition mark a highly prolific period in Mondrian’s engagement with figurative landscape painting—an early but deeply significant stage in the artist’s methodical progression from naturalistic representation to complete grid-based abstraction. Prior to moving to Paris in 1911 at age 39, Mondrian spent the early part of his life in his native country of the Netherlands, where he attended the National Academy of Fine Arts in Amsterdam from 1892 to 1897. “ 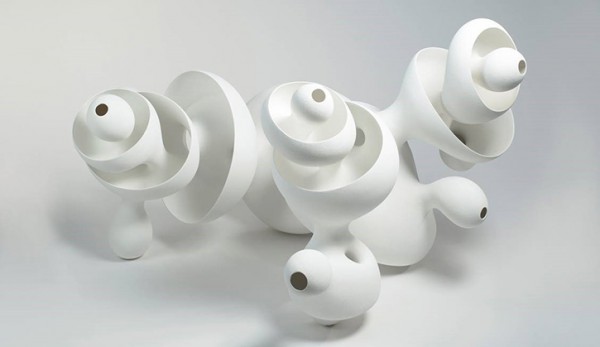 “Her sculptures are like cells exposed to pressure and movement. They are constructed by hand by using a thin layer of mud, but it is the voids and empty space in between that defines the contours of the mass. Hild’s unique technique uses the absence of material to define the impression presented. The outside as well as the inside are displayed and the very advanced forms express both fragility and incredible power simulateously. The abstract shapes move in and out of themselves, like a sea shell half worn down by waves. Although the sculptures can be characterized as voluminous, they likewise give a sensuous ease.”

8. The Fourth Prose at Laura Bulian

“Typewritten pages, drawings and collages of multiple materials, graphic alphabets, handwritten no- rebooks, duplicated flyers, series of postcards, photocopied slogans, newspaper pages, limited run homemade pamphlets, tattoos and poem-objects are at the centre of e Fourth Prose. e exhibition illustrates a “pre- Gutenberg” landscape, despite being a constituent part of the Russian cultural tradition since Cubo-Futurism or El Lissitzky, in the 70s it embraced both the form of ideological dissent of the clandestine circulation of samizdat* publications and attitudes in conceptual art throughout Eastern Europe.”

*Samizdat is an acronym for two Russian words meaning self-published. 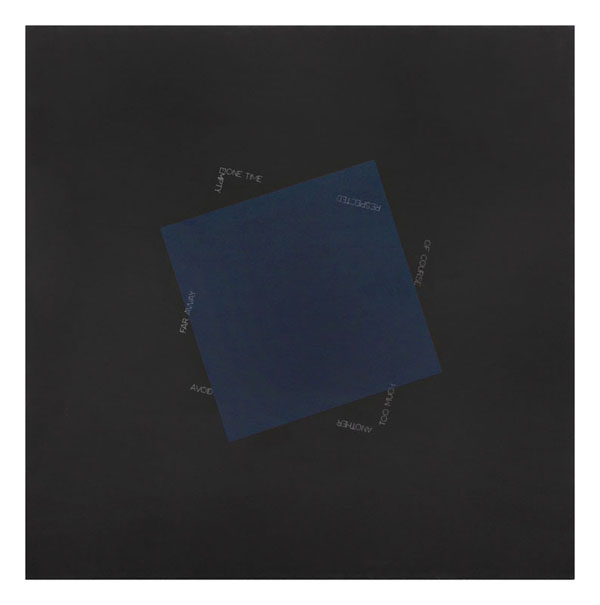 “Equal Dimensions, began as a simple attempt to show works that utilize the square, yet quickly developed into a presentation of pieces that, while using rectilinear forms, are more about equality through comparison than just formal similarities.

“Portraits and Landscapes, on view at 536 West 22nd Street, encompasses recent formal portraits and abstract landscapes that are inspired by the genres of European portraiture and American landscape photography. Utilizing the classical technique of chiaroscuro, Catherine Opie’s subjects—including culturally significant figures such as fashion designers Kate and Laura Mulleavy of Rodarte, artist Kara Walker, and director John Waters—are posed in front of a black drop cloth and theatrically lit, intimately dramatizing the details of the face and body. She emphasizes their unique characteristics while also suggesting an allegorical dimension beyond their individual identity. Interspersed amongst these commanding portraits are abstract landscapes that defy any recognition of their geographical location. Capturing pinnacles of the American landscape, Opie reduces the images to blurred light and elementary abstract form to elicit visceral reactions that resonate with oblivion, the sublime, and the unknown.”