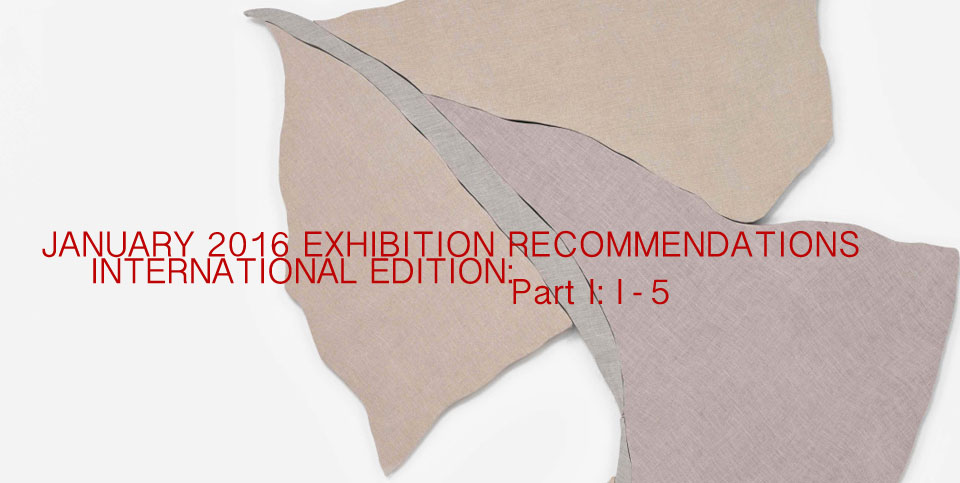 So, we covered the Top 5 NYC exhibitions we are looking forward to this January and now it’s time to grab your passport and start your fabulous art globe-trotting adventure. 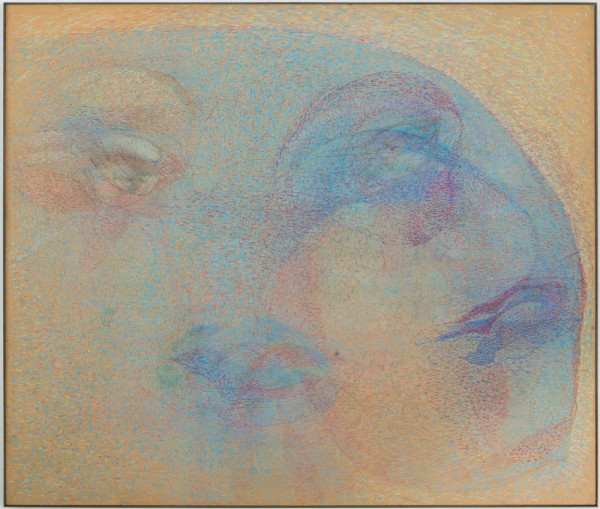 “The only woman affiliated with the Turin-based Arte Povera, Marisa Merz often worked with textiles, linking material of typically feminine creativity with Arte Povera’s call to embrace ‘poor’. Since the 1970s Merz has explored and expanded upon the threshold between abstraction and figuration in her mixed media works on paper, expressionistic clay heads and larger sculptural installations. Merz has participated five times in the Venice Biennale and has already been awarded in 2013 the prestigious Golden Lion for Lifetime Achievement. Her work has been the subject of numerous solo exhibitions internationally, including shows at the Kunstmuseum Winterthur (2003), the Galleria d’Arte Moderna Bologna (1998), the Stedelijk Museum Amsterdam (1996) and the Centre Pompidou (1994). 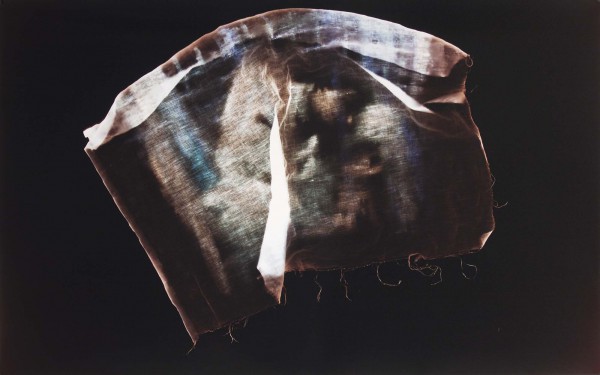 “Designed specifically for the gallery space, Two Worlds (2015) is a vivid, fast-moving projection onto two screens that reflects on the ways video can both define and exceed its bounds. Matt Saunders‘ video is composed of thousands of drawings, both narrative and abstract, made using materials that range from pencil to ink to oil. Derived from a broad catalog of sources, such as experimental film, West German television and internet clips, the drawings blot from one to the next, or else move through mirroring, allusion, and metonymy into a loose, almost narrative cycle. The screens catch the images imperfectly, as the projection extends to incorporate the room and the gallery’s large window, with its own slow-moving view over trees of the Meiji Shrine gardens.

Saunders’ photographs are made by exposing paper to light shone through paintings, a technique he has used in various ways for the past several years. The resulting unique prints transpose the materials and processes of painting into the fleeting, time-based realm of the darkroom.” 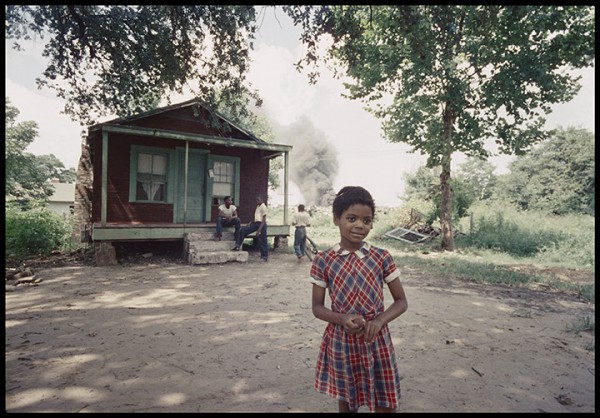 “Completed in 1956 and published in Life magazine, the groundbreaking series documented life in Jim Crow South through the experience of Mr. and Mrs. Albert Thornton Sr. and their multi-generational family. A selection of seventeen photographs from the series will be exhibited, highlighting Parks’ ability to honor intimate moments of everyday daily life despite the undeniable weight of segregation and oppression.

Gordon Parks was the first African American photographer employed by Life magazine, and the Segregation Story was a pivotal point in his career, introducing a national audience to the lived experience of segregation in Mobile, Alabama. Parks’ artworks stand out in the history of civil rights photography, most notably because they are color images of intimate daily life that illustrate the accomplishments and injustices experienced by the Thornton family. Immobility – both geographic and economic – is an underlying theme in many of the images. Parks employs a haunting subtlety to his compositions, interlacing elegance, playfulness, community, and joy with strife, oppression, and inequality. An otherwise bucolic street scene is harrowed by the presence of the hand-painted “Colored Only” sign hanging across entrances and drinking fountains.”
See more images from the exhibition at Rhona Hoffman Gallery. 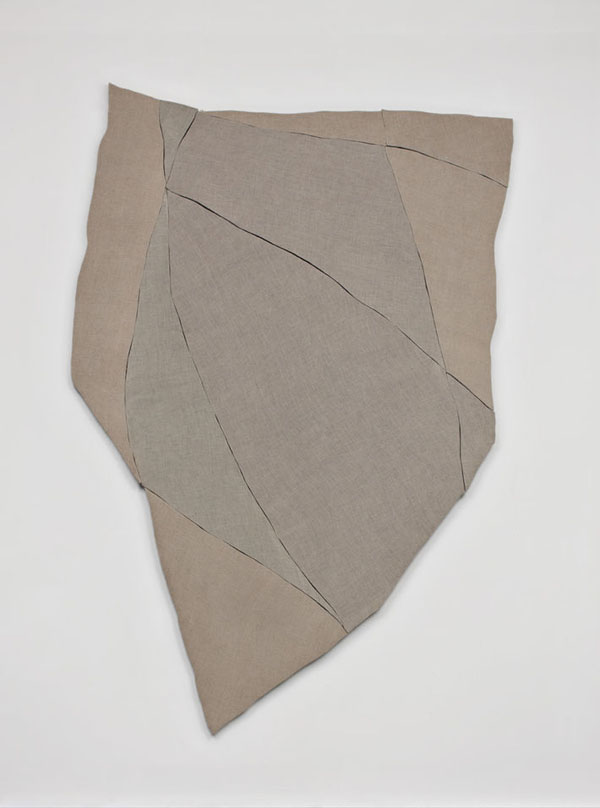 “Using unprimed canvases stretched over wooden frames, Wyatt Kahn assembles complex wall-mounted works in which the gaps between the individual canvases give rise to abstract or pictorial compositions. Rather than tracing the lines and shapes directly onto the canvas itself, he turns them into physical components of the artwork. Referencing the tradition of minimalist abstraction, Wyatt Kahn’s monochrome multi-panel ‘paintings’ are informed by a desire to explore non-illusory forms of representation. In essence, their subject becomes the interplay between two and three dimensions, as experienced via shifts in surface, structure and depth.”
See more images from the upcoming exhibition. 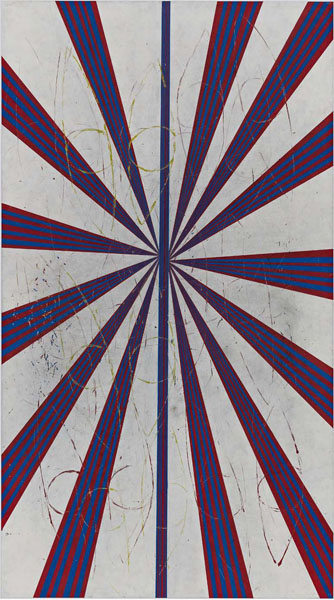 “Mark Grotjahn’s ongoing Butterfly series focuses on perspectival investigations, such as dual and multiple vanishing points, techniques used since the Renaissance to create the illusion of depth and volume on a two-dimensional surface. These iconic compositions of complex, skewed angles and radiant, tonal color allude to the multiple narratives coursing through the history of modernist painting, from the utopian vision of Russian Constructivism to the hallucinatory images of Op Art. The extreme elegance of Grotjahn’s works is often tempered by visible scuffs and markings that attest to the contingencies of process in his otherwise highly controlled compositions.”

A brief note regarding this show. Mark Grotjahn is known for a wide range of painting styles, and my hope is that this time around we get to see his iconic multi chrome Butterfly series. Fingers crossed.