“Each of the top ten featured bidding by a collector who’d only started collecting in the last “five or six years.” — Jussi Pylkkänen, Christie’s President

Just shy of $180 million, the 1955 Picasso, Women of Algiers (Les femmes d’Alger (Version ‘O’)) was sold last night at Christie’s New York to an anonymous phone bidder. Since the identity of the buyer has not yet been released, and with all 10 top ten lots seeing bidding by new collectors, it’s possible that the buyer is, according to Christie’s President Jussi Pylkkänen, a relative newcomer to art collecting. Of course not every “new” collector enters the market at this level, but this announcement is a confirmation of an established trend: new collectors with sizable budgets, many of whom are making their money in the new economies, are piecing together their collections by acquiring easily identifiable works by globally recognized artists. Last night’s sale was no exception, and with names like Picasso, Giacometti, Monet and Rothko making up the top ten grossing lots, it is less a sign of collector sophistication, than an investment in art as an alternative asset and trophy acquisition.

Most expensive painting ever sold: When Will You Marry by Paul Gauguin

It would also be safe to assume that the Dubuffet record sale ($24.8 million vs. the previous record of $7.4 million) was likely due to the recent MoMA exhibition of the artist’s work. Whereas the Soutine purchase was likely driven by the fact that of the 9 paintings in the series, only 3 remain in private hands. 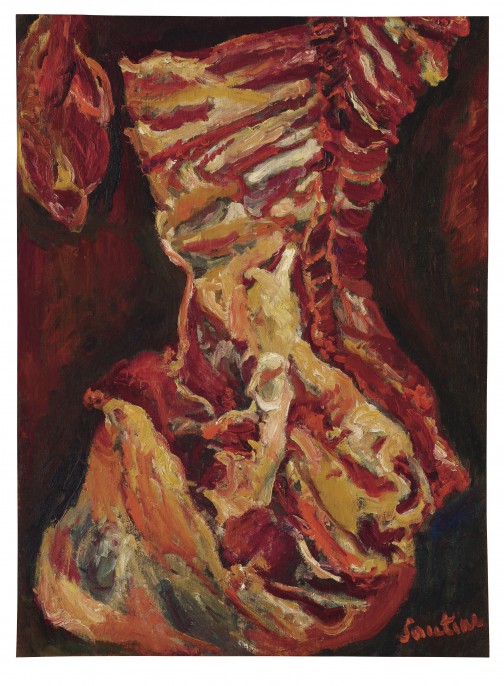 Between 1923 and 1925, Soutine painted an extraordinary sequence of nine canvases that take as their starting point the newly slaughtered carcass of a steer, the vermillion-colored flesh and golden suet flayed and opened up for the artist’s penetrating inspection. Only three of these prized paintings remain today in private hands, of which the present is the largest, most powerfully visceral, and most nearly abstract in the vigorous streaks and swirls of viscous, jewel-like pigment that Soutine used to render the bloody meat. The remaining six paintings are housed in the Albright-Knox Art Gallery, the Minneapolis Institute of Arts, the Kunstmuseum Bern, the Stedelijk Museum in Amsterdam, the Musée de Peinture et de Sculpture in Grenoble, and the Paris Orangerie. — Christie’s lot notes.

‘Looking Forward to the Past‘ is the second time Christie’s took a different approach to selling consigned art by grouping paintings in a museum style exhibition and presenting a tight selection of 35 works in advance of its traditional Spring Post-War and Contemporary auctions. This is an interesting approach that has a number of advantages.

• A tightly curated sale offers more focused attention to the sellers’ consignments without “diluting” the catalogue with other works. (This does not imply quality superiority of one vs. the other. It simply means that much more effort and expense went into securing and promoting this work vs. the other possibly because, Christie’s specialists might have confirmed interest in the selected works, or because they believe they can generate it by offering them to specific collectors.)

• A smaller sale makes the evening much more manageable, for buyers and the press, and prevents an exodus as soon as the “star” lots are sold (or bought in) somewhere around the first half of the evening.

• Presenting a smaller number of lots in a well-curated sale also raises their chances of being sold, which in turn guarantees a higher statistical average for the sale (90% of lots sold vs. 70%) which is not only a strong performance indicator but also a powerful tool for persuading new consignors to list their works with the house.

• And speaking of guarantees, your keen eye will notice that eight of the top ten lots (listed below and marked with an *) or 80%, including its top lot, were guaranteed by Christie’s or a third party. This means that the auction house offers the consignor a guarantee that their consignment will be sold. Nowadays, the auction house rarely hold the risk on its books instead offering the deal to an outside guarantor who can be an individual, a company or a specially formed consortium of guarantors. So regardless of whether or not there are bids on the day of the sale, the owner of the work is guaranteed to walk away with a pre-negotiated sum of money and if the lot doesn’t sell, the guarantor takes ownership of the work at a presumably lower than market price. If, instead the bidding goes above the guaranteed price, the guarantor usually takes a fee for providing the guarantee in the first place plus a percentage of the upside. Interesting “trend” to consider as more and more consignors expect higher estimates for their consignments and financial guarantees for listing the sale with this auction house vs. the other. But it is an expected development, considering how many current prominent collectors come from Finance and, naturally, import their trade tactics into the art market.

A little bit on the record-breaking Picasso

“The majority of 20th Century artists were influenced by their predecessors, and through an exploration of the past they were able to venture into new and exciting territory of their own. The art of now is an endorsement of the art of the past.” – Loic Gouzer, International Specialist in Post-War and Contemporary Art

The Picasso painting was estimated to sell for about $140 million, but as bidding started at just below $100 million – a carefully designated psychological starting point for a single painting aimed at surpassing Francis Bacon’s previous record set by the Three Studies of Lucian Freud, the price quickly surpassed $145 million and the hammer fell at $160 million. (Final price of $179 million includes a buyer’s premium)

Kelly Crow of The Wall Street Journal wrote this about ‘Women of Algiers’: “The painting is a riot of colors and focuses mainly on a scantily dressed woman whose face evokes Picasso’s former lover, Françoise Gilot. She is joined by a disconnected tumble of other, smaller nudes who each seem to conjure other modern masterworks. The obvious muse is Eugène Delacroix’s 1834 scene of Algerian women in a fantasy interior. But Picasso also painted the work as a homage to his artistic hero and sometime rival Henri Matisse, who had died the year before.” 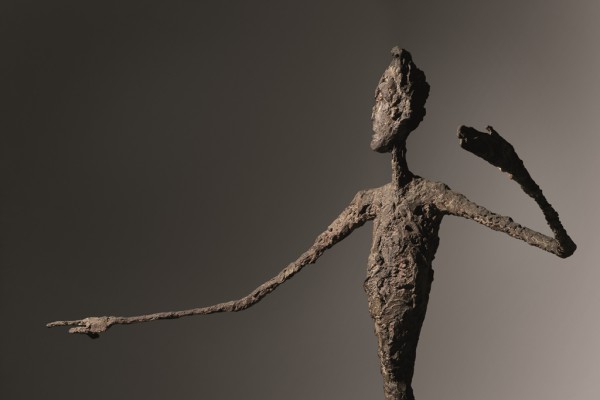 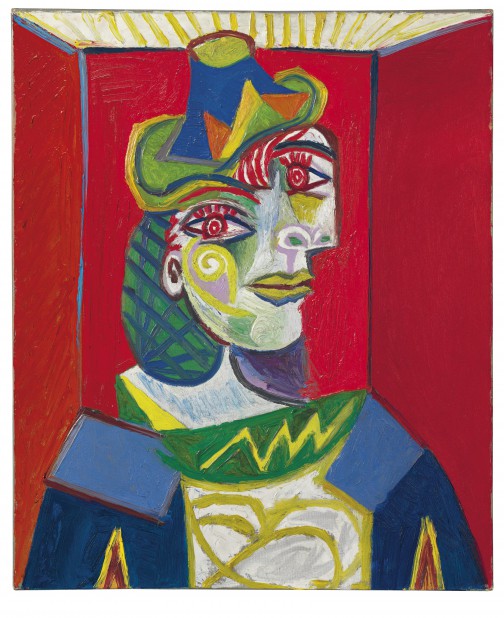 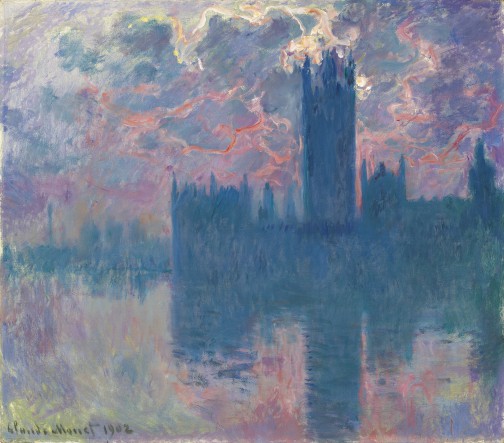 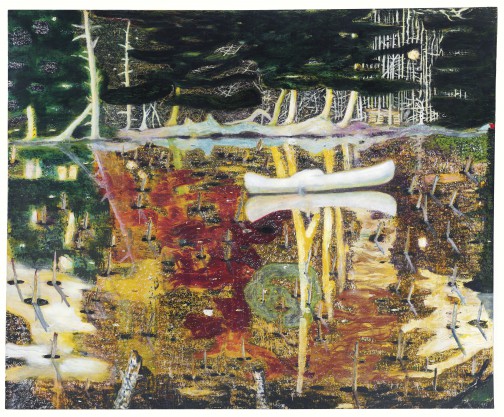 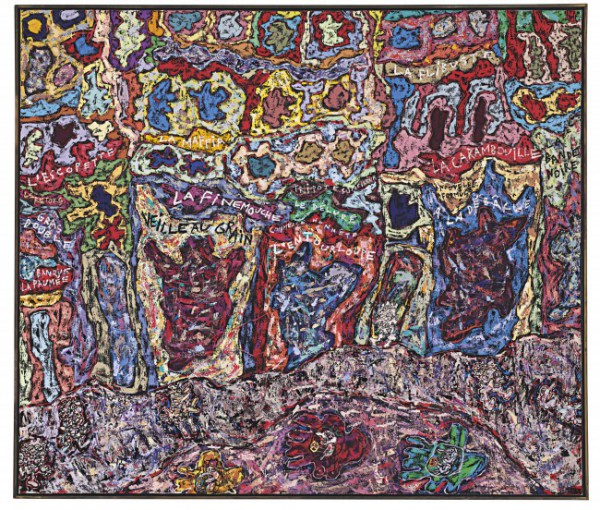 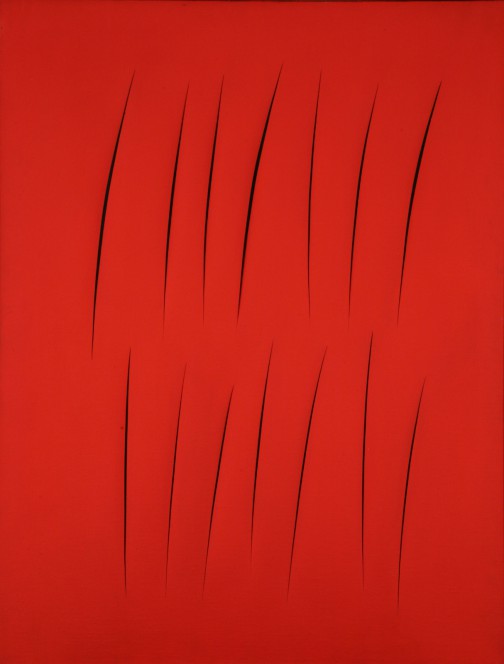