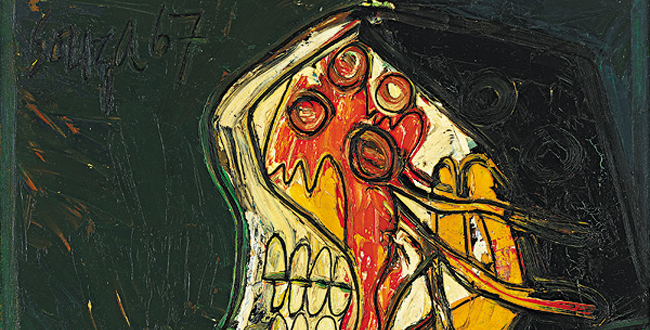 This week in our top stories round-up read about the first live auction at Saffronart, which took place in Mumbai, India. Also in focus are Washington D.C.’s National Gallery and Virginia Dwan, Christie’s in China, and the Pennsylvania Academy of Arts…

The man from after - F.N.Souza

The online auction company, Saffronart, which focuses on Indian art, recently held its first live auction in Mumbai, India. The focus of this auction was a single artist, F.N. Souza, and his works sold for a total of $1,268,813! This monumental auction for Saffronart was part of the first annual Art Week. Congratulations, Saffronart on completing your first ever live auction! Source: Business Standard

Exciting news for the National Gallery

Art dealer, Virgian Dwan, has decided to donate her prolific collection of art, spanning 1950-1970 to the National Gallery in Washington D.C.  This sizable donation consists of 250 works by 52 artists from the era. Her inventory of artists includes, but isn’t limited to, Yves Klein, Franz Klinе, Michael Heizer and Sol Lewitt. These works will be the first show in the East building of the Gallery in 2016 when it reopens and will be titled From Los Angeles to New York: The Dwan Gallery, 1959-1971. We suppose that gives us plenty of time to plan a trip to the capital to view this generous gift. Source: NY Times

An update on Christie’s in China!

The first auction held by Christie’s in Shanghai brought in $27.5 million! This has been a landmark move for the institution as it became the first foreign auction house to be allowed access to the Chinese market. Picasso’s Homme Assis was one of the 43 lots and sold for $1.9 million. Another highlight was Zeng Fanzhi’s Bicycle, selling at $1.5 million. We wonder where Christie’s will head next! Source: The Art Newspaper

The Pennsylvania Academy of Fine Arts is planning to deaccession Edward Hopper‘s East Wind over Weehawken, 1934 in order to raise funds to acquire Contemporary art. This painting will be auctioned at Christie’s this December, and is estimated to be sold at $22-28 million.  Smart move for the Academy to get rid of classics to make way for the new? Source: WSJ