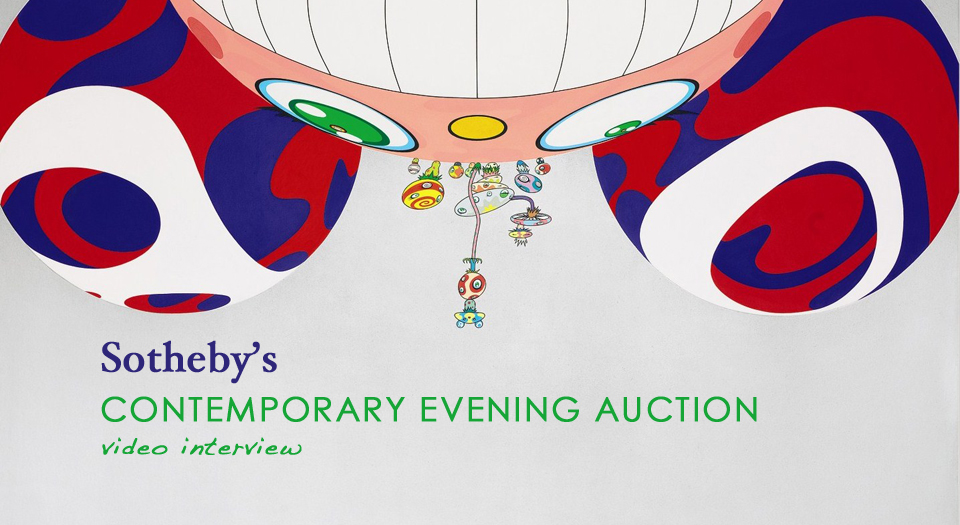 The May Contemporary and Post War auctions in New York are typically looked as the markers for determining the health of the market segment and are likely to set the pace for the subsequent November sales. A precursor, if you will. This spring will mark a debut for Alexander Rotter, the recently appointed Co-Head of Worldwide Contemporary Art at Sotheby’s who will oversee the most important sales of the season. We talked to Alexander about the financial trends in the market, including the expanding presence of the third party guarantees, the top three Post War lots as well as his one favorite lot in the sale. One condition of the interview was that he could not mention Jeff Koons’ larger-than-life Popeye. Watch the interview to see how Alex handled challenge and what are his favorite paintings in this auction. 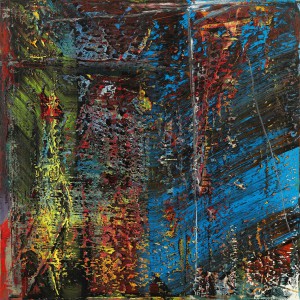 Alexander Rotter, Co-Head of Worldwide Contemporary Art, Sotheby’s: One of the highlights of this sale is Gerhard Richter‘s Blau – Blue, which is really, one of the most seminal works by Gerhard Richter. It’s three by three meters, so it’s a large scale work and it has all of the power and all of the excitement that you’d want in an abstract Richter painting. It was painted in 1988. One could say that it was the turning year, the crucial year where Richter’s language really developed into what we all know and what we all log about Richter. It’s one of the few paintings that is titled. It’s titled Blue and you can see this blue swoop that is very landscape oriented. It’s truly a magnificent work and we are very happy to have it.

There are art historical factors, which are very important, and don’t particularly have something to do with the price. There ould be pieces in the hundreds’ of thousands of dollars that could be in the Evening or the Day Sale. If we decide that it’s a premier piece and it’s a very important work of the artist – we will decide to include it in the Evening sale.

There is anther factor that I want to mention. If it’s a [extensive private ]collection, we are more inclined to include a perspective of the collection and therefore the variety will be much bigger and we are also more open to include smaller works, or smaller works as far as the price is concerned,  into the evening sale just because they make sense as a grouping.

Will this trend continue? It’s very hard to answer what’s going to happen in two months, and even harder to answer what’s going to happen in six months. There are definitely more guarantees, I can say this, across the board. This season compared to the last season. If the trend continues – we will see. It’s a measure of how the market moves, how the economy moves, it also depends on how the auction houses do with those guarantees. We’ll see what the next step will be. 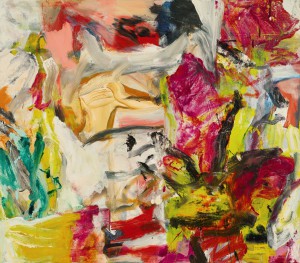 My selection of the top 3 Post War lots would be the 1970’s Willem de Kooning we have, which is a wonderful piece of Abstract Expressionism. A work that de Kooning did in the mid seventies when he moved out to East Hampton, changed his palette, changed his technique, changed how the paint flowed on the canvas. It’s a very seminal work for the artist.

Another one of my favorites is Andy Warhol‘s Big Electric Chair from 1967. One of only 14 canvases he did as part of what we refer to as the Big Electric Chair series. An incredible painting that has this cruel subject of the electric chair with pop colors layered behind it. It’s a typical Andy Warhol play of playing with our emotions, of making fun of them, including his horrible instrument  in the daily life with television and pop culture.

And another one of my favorites is the Jackson Pollock from 1952 – Black and White Painting. In 1951 – 52  Pollock turned away from color, just focused on black and white, just dripping and pouring the black ink on the pain canvas, those beautifully inked and juicy paintings. We are lucky to have one of these examples because they very rarely come to auction.

Ok, tell us your ONE favorite lot you’d want to buy for yourself?

Jeff Koons’ Popeye estimate will be announced during the sale