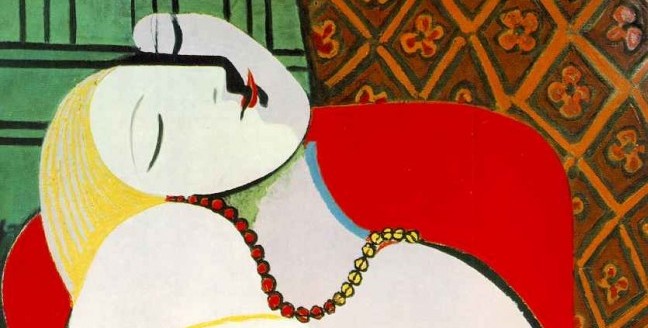 In the top art stories this week, we bring to you a major update on the famous painting by Picasso – Le Rêve. The painting, that has been the center of much attention has finally reached its new home – the home of SAC Capital’s Steven Cohen. Of course, the famous tear caused by Steven Wynn’s elbow has been repaired, in case you were wondering! 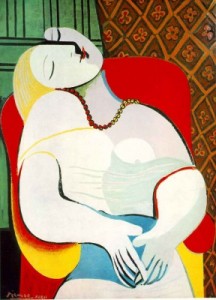 Steven Cohen has finally bought Le Rêve by Picasso for a staggering $155 million. This is the fourth most expensive painting after Cezanne’s Card Players (@267.4 milliion), Pollock’s No. 5, 1948 ($161.3 million) and Kooning’s Woman III ($158.4 million). NY Post
The painting is a portrayal of Picasso’s beautiful muse Marie-Therese Walter. Read more about the painting here.

Imagine an Academy Award Winner sleeping in a glass case in the name of art! That’s exactly what’s happening at MoMA, New York, as Tilda Swinton takes her place in the glass case to sleep through the day, completely unfazed by onlookers. The performance art titled “The Maybe” was staged in London in 1995, followed by Rome in 1996. CNN.

In an effort to stay independent, MOCA has turned down the LACMA offer, and is working on getting endowment of up to $100 million, and is well on its way to do so! It has already got the number past a healthy $60 million. Well, it seems that MOCA’s direction is very clear now, and all the rumor mills can stop speculating. LA Times.

Why do collectors buy art? 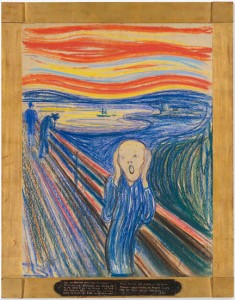 You might be inclined to think that they buy art because they love it. You are not wrong! That is the primary reason, indicated in a recent report by Deloitte’s 2013 Art and Finance report, produced in collaboration with ArtTactic. It states that buying behavior was influenced by focus on investment as well as possibility of using art collections as collaterals for loans. Read more here: Forbes.