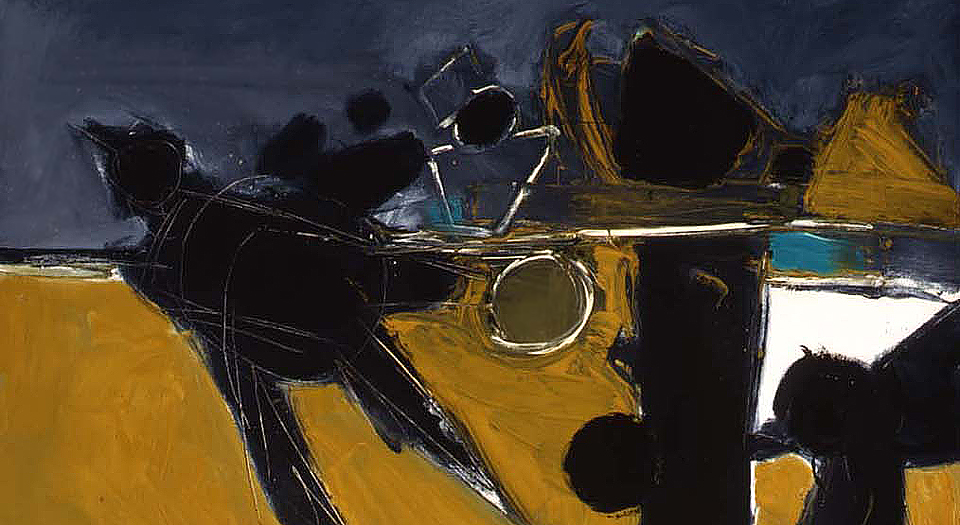 The more you look at art the faster you learn to notice and identify connections among artists, influences, similarities, references and shared narratives. Emerson Woelffer, a Chicago-native and a Black Mountain College alumni, who spent most of his career living and working in California was one of our discoveries during the Armory Arts Week this past March. His gestures and palette reminded us of Robert Motherwell‘s famous Ode to the Spanish Republic paintings and we asked Linda Hooper of Manny Silverman Gallery to tell us more about Emerson Woelffer and his work. The gallery, founded in 1987 is the only gallery in Los Angeles exclusively dedicated to exhibiting artists of the New York School.

Here is the transcript of our interview taken during the ADAA: The Art Show 2014. 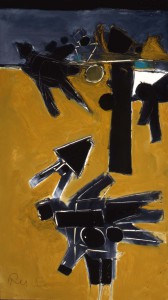 Linda Hooper, Director at Manny Silverman Gallery: We are standing in front of a painting by Mr. Woelffer’s who is actually a Chicago native. Early in his career he came to North Carolina to study at Black Mountain College. Annie Albers, Joseph Albers, Robert Motherwell, Rothko and so many of the artists of the canon of Abstract Expressionism who spent their early informative years there. Having studied with Moholy-Nagy in Chicago and taking all of the richness that Black Mountain afforded him, he brought a lot of the tenants of Modernism to California. He was very active as a professor and being an artist himself and was very much an inspiration for many of the artists who are now associated with the California School: Ed Ruscha, Joe Good, Larry Bell. Everybody who went to school in California probably had a class with Emerson Woelffer. He is really a very important link for Modernism coming to the West Coast.

The painting that you see behind me, Birds at Midnight, 1956, is actually a theme with which Emerson worked with his entire career. These birds were somewhat abstracted but sometimes more literal. This theme was very much a part of his own signature style throughout his career. He was a very prolific artist as a painter, as a collagist, as a print maker. He was also part of the Tamarind Lithography Shop and showed briefly with Pointdexter Gallery in the 1970’s. When they closed, Emerson, living happily in the sunshine of California didn’t really make a strong effort to find another gallery in New York, so many New York collectors are unfamiliar with his work. 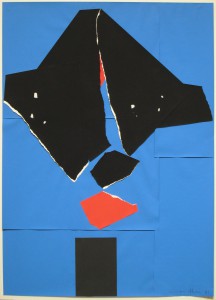 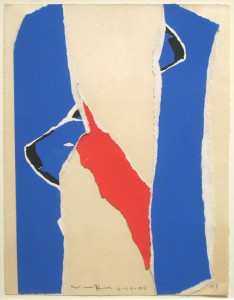 There is going to be a very exciting exhibition organized by the ICA Boston about the importance of Black Mountain College and Emerson Woelffer’s  work will be featured prominently in that show, which will also travel to the Hammer museum in Los Angeles in 2016.