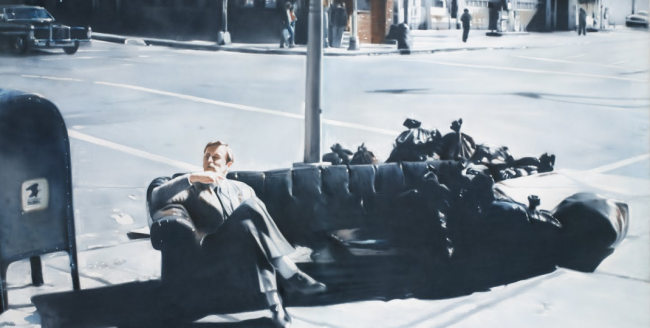 This week’s top art stories is a combination of Warhol-inspired art, innovative exhibition walks and note-worthy donations. Read on to find out more:

Generous donation by Cohen to MoMA
Remember the major hedge-fund mogul who put his elbow through Picasso’s “Le Reve” accidentally? The gentleman in discussion – Steven Cohen – who has been in news lately for alleged insider trading activities in his multi-million dollar SAC Capital. As a major art collector, his collection boasts of major blue-chip artworks by Edvard Munch, Damien Hirst, Willem de Koonings and many others of the same ilk.
Cohen has recently donated some high-powered artworks to MoMA for their permanent collection. One of them is an untitled painting by Martin Kippenberger. Well done, we say! NY Times.

Life is not so easy in Chelsea
We all are aware of the widespread damage caused by Hurricane Sandy late last year. The calamity affected the Chelsea art business particularly hard, as several galleries were submerged in water. Looks like life continues to be challenging for the Chelsea galleries, as reports of escalated rents are trickling in. As a major cultural hub in New York City, the galleries here present a combination of emerging, contemporary, established, avant-garde, blue-chip art. And, with the rising operational costs, the near future will see a migration of the small and midsize galleries. Really, it is the survival of the fittest now. Bloomberg.

Really? You took the Banksy mural away?
There is a controversial auction coming up in Miami. It involves a Banksy artwork, a Florida art house and an alleged theft. It has been alleged that this particular Banksy (left) was plucked out of the wall in London and was thought to be stolen, till it appeared as one of the artworks on offer at the upcoming auction in Fine Art Auctions, Miami! Guardian.

Au naturel in the museum
Themed visit took on a new meaning in Vienna. We are talking about the exhibition titled “Nude Men” at Leopold Museum in Vienna that is a collection of 300 works focusing on art with the naked male form as the subject. Recently, the museum conducted a “naked art tour,” wherein the visitors were invited to strip and walk through the exhibition. Los Angeles Times.

Pop open this one!
A Warhol-esque rendition of Beyoncé is now making the rounds through the recently launched Pepsi campaign. Combining pop art, Beyonce and Pepsi creates an interesting outcome.
All the three elements are adding something unique to the mix through a heady osmotic union. It’s clever! Vibe.
Tags: Articles, Museum, Pop Art, Top Art Stories