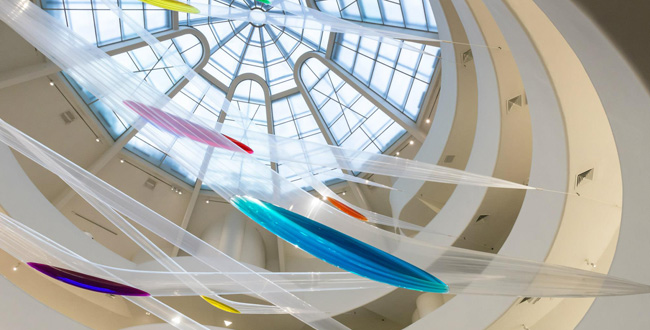 In recent months Japanese modern and contemporary art has seen a fair amount of attention when New York’s Museum of Modern Art (MoMA) opened its special exhibition titled Tokyo 1955–1970: A New Avant-Garde. Soon thereafter the Guggenheim followed suit with its multidisciplinary exhibition Gutai: Splendid Playgound. Both exhibits focus on Japanese artistic movements that shone light on the principal questions, directions, themes, techniques and imagery that dominated the country’s art scene in the middle of the 20th century.

“Gutai aspires to present exhibitions filled with vibrant spirit, exhibitions in which an intense cry accompanies the discovery of the new life of matter.” – Jirō Yoshihara. “Gutai Art Manifesto,” 1956. 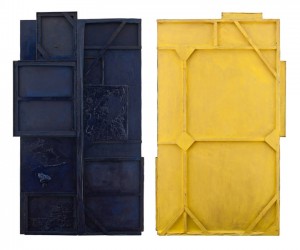 Gutai: Splendid Playground, a commissioned recreation of the original creations is now on view at The Guggenheim Museum in New York. The exhibition is an interactive and colorful installation that echoes the original works from 1954: clear plastic tubes filled with water and bright ink hang suspended in the main rotunda, illuminated by the light streaming down from Frank Lloyd Wright’s iconic oculus. Red, yellow and blue pools of color stretch like iridescent canoes, amidst the white serpentine balconies of the museum. In another work Saburo Murakami gathered all his work completed between 1954 – 1970 and nailed them face to face (left). The newly created amalgamation (sculpture/panting/installation?) was painted an ultramarine blue on one side and a bright primary yellow on another. Gutai: The Splendid Playground is on view through May 8, 2013. 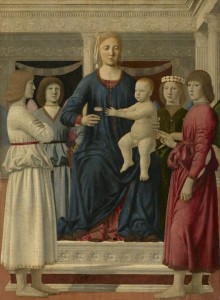 From the museum: “By bringing together seven paintings that Piero made in his hometown of Borgo San Sepolcro, this exhibition considers this pioneering artist in the context of his native city. Among Piero’s major works is the Sant’Agostino altarpiece (1454–69), a large polyptych that towered over the high altar of the local Augustinian church and was disassembled around 1555. One of the full-length figures from this work, Saint Augustine from the Museu Nacional de Arte Antiga in Lisbon, makes its debut in America with this presentation. Piero della Francesca in America is on view through May 19, 2013. 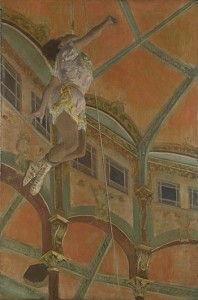 As we continue to highlight Edgar Degas‘ multiple interests and subjects we’d like to draw your attention to a small exhibition now on view at the Morgan Library and Museum. The venue has been featured in this column several times, and it continues to surprise and impress with its spectacular programming. This time the museum is showing a series of studies and the final painting Degas made of the famous Parisian circus performer Miss La La. The oil on canvas, titled Miss La La at the Cirque Fernando is shown along side all of the preparatory materials: drawings, pastels and an oil sketch, Degas prepared after seeing the performer over the course of several evenings in 1879.

See Henri de Toulouse-Lautrec’s rendering of another famous Parisian performer Cha-U-Kao. Edgar Degas’ Miss La La at the Cirque Fernando is on view through May 12, 2013. 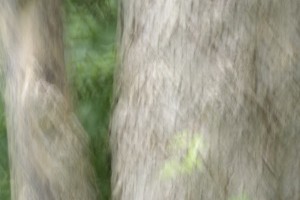 On a more contemporary note, Brooklyn-based Robert Henry Contemporary (see our VOLTA Highlights article for more on this gallery) is opening an exhibition of works by Louise Dudis. The exhibition, Eye Level with the Smallest Leaf  will show five large-scale multi-panel photographs taken in the forests of the Hudson Valley. Some are straight forward records of fallen tree trunks, while others read like ghostly double exposure of a single object. Is it in motion…? What’s interesting about this exhibition is that works are offered in a variety of (very manageable) sizes. You can acquire an image in a small 8.5″ x 11″ up to a 20″ x 28″.