Galerie Mark Hachem, Paris Ξ The Arab Spring is certainly a “popular” topic for contemporary artists to reflect upon in their work. It’s highly relevant, it’s in the news and many art institutions and galleries are eager to seize the moment and through these artists’ visions present their own mirror to the global political unrest.

In the recent years many artists of Arab descent have chosen quite a few unique means for expressing their thoughts and feelings about the current events in the Middle East. Some chose graphic literal forms and language, and some found much more subtle, yet no less powerful tools to express themselves. Such was the body of work by a French artist of Egyptian descent Yves Hayat. Hayat, an established artist best known for his photographic works, chose an iconic image recognizable the world over. But the true meaning of these layered transparent film prints, encased in clear plexi glass boxes, becomes apparent only if you give each image the careful consideration it deserves. Suddenly this object of beauty and desire assumes a far more sinister personality. Juxtaposed within one object the outlined images of the sculpted Chanel N 5 bottles and the words Baghdad, Kabul, Homs, Istanbul, Lhasa in their clean, unobstructed, elegant fonts appear menacing. As Mark Hachem, the owner of the eponymous gallery in Paris tells us, that is the point. 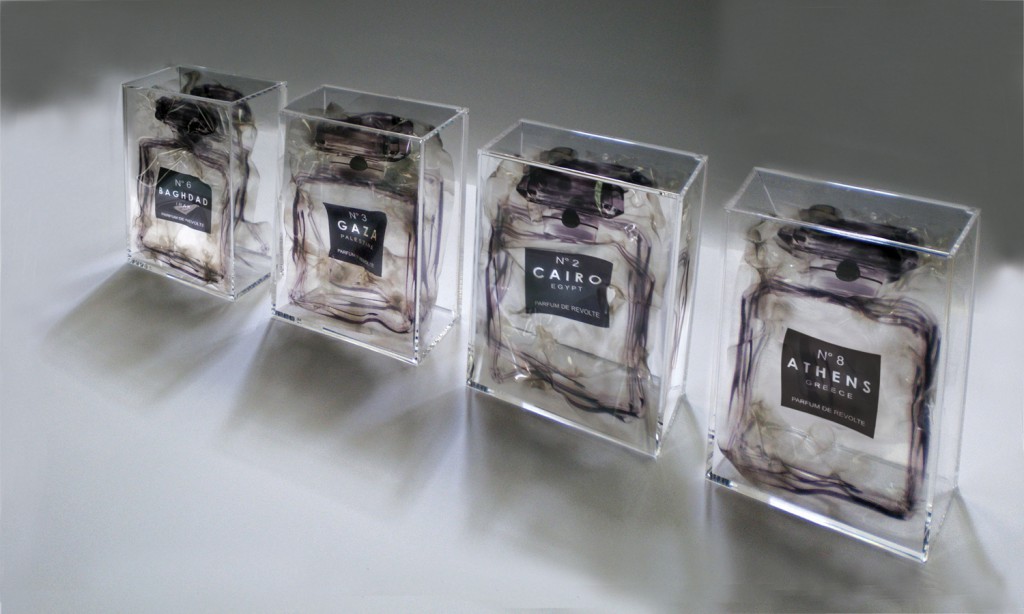 The artist’s intention is to draw our collective attention to the West’s underlaying intention for launching wars, consumerization of the conflict zones and the imposition of a capitalist system, a Western culture of heightened consumerism onto cultures foreign to it. With elegance and subtlety Hayat points to these various forms of colonization using instantly recognizable imagery and allowing the viewer to complete the narrative without a single superfluous word. 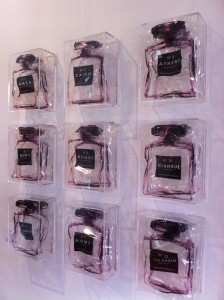 Mark Hachem: His name is Yves Hayat and he is a French artist of an Egyptian background. He is an artist who is committed politically. It started, actually, with the Iraq war. He started this series because he felt that there is something we are doing as western nations, to go and give excuses to go to wars. For example, in the middle east and west of the region, it is mostly about financial [motives] and capitalism. We want to show and to sell our product and our capitalism to that world. So, we go in the name of war and we try to say that we are giving them freedom and giving them democracy, but in real life, we’re looking out for our own interests.

Hayat is really not about religion. The idea is to make the world aware that we should look at the real picture, not at what our government wants us to see. Yves Hayat is originally a photographer. He wanted to do something that will be treated in a contemporary way and, of course, it will suit the revolt. He calls it the “Parfum de Revolte”. He tried to use a material that is not commonly used by all the artists in photography, so it is a composition of different materials that makes them sensitive to the subject