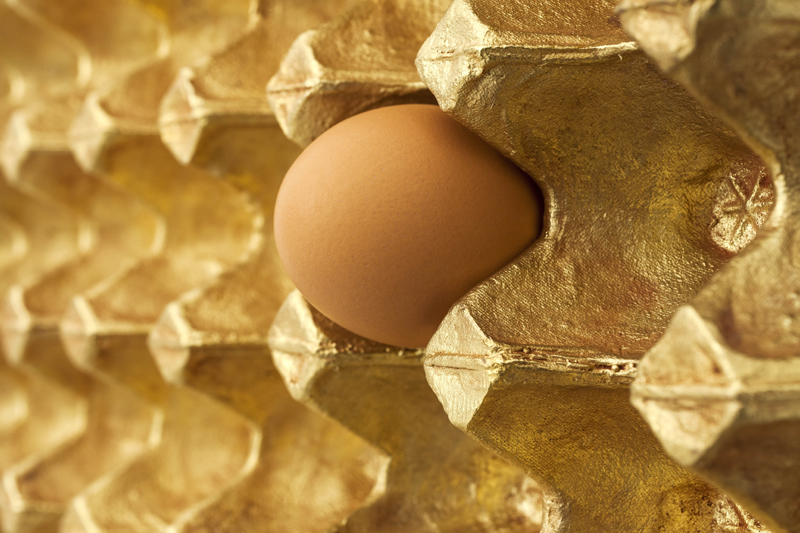 Home › Blog › China remains in Focus at The Armory

China remains in Focus at The Armory

3 Contemporary Chinese Artists to keep an eye on

If you made it to The Armory Show this past weekend you might have noticed a small cluster of Chinese galleries in the far left section of the Armory Contemporary on Pier 94. With the recent global success of the established Chinese contemporary artists (think of Ai Wei Wei’s touring exhibition which is currently at the brand new Perez Art Museum in Miami or record selling Yue Mjinjun laughing self-portraits) it was a much-needed initiative to introduce a younger generation of Chinese artists to the Western world. The strikingly ambitious and energetic generation of artists born in the 70s and 80s was represented by seventeen galleries and four not-for-profits. The section brought a fresh perspective and playfulness to the show, even quite literally, with the raffle organized by Double Fly Art Center. Blue exercise machines by the collective Polit-Sheer-Form-Office and a performance piece by the commissioned artist Xu Zhen (a colossal white cube with a variety of objects thrown upward inside the box) were equally open-minded and unconventional. The space was an energetic, if not exactly packed with visitors, concentration of contemporary Chinese art that is somewhat different from the expected offerings. Overall, there was a sensation of hugely diverse approaches to art making based upon a lack of direct reference to political concerns surrounding Chinese culture in the twentieth century.

The biggest finds for us were the latest works by three aspiring artists, well-known in China and relatively new to the US. Here are three contemporary Chinese artists worth looking at:

He Xiangyu is a conceptual artist in his late twenties. His works vary dramatically in medium, size, process and presentation. From 127 tons of Coca-Cola boiled into dark coal-like substance to a life-like sculpture of Ai Wei Wei lying with his face down on the floor (are currently on view as part of “28 Chinese” exhibition at the Rubell Family Collection in Miami), He Xiangyu never hesitates to experiment and dazzle. White Space Gallery from Beijing featured an enlarged version of a gold egg carton with a single actual egg – personal reflection of the artist on the one-child policy in China.

I used to work in the Armory in 2006 No.1, 2014
Acrylic on canvas
Image courtesy of Zhao Zhao and Aike-Dellarco Gallery

An immersive atmosphere of a solo booth featuring Li Shurui’s airbrushed dot paintings was literally gleaming form inside with shades of blue. An arrangement of three canvases on each wall constituted a single piece with alignments of one set of paintings meeting in a single vanishing point. Li Shurui is an abstract painter who specializes in exploration of light and space. Two of her monumental works are currently in the foresaid exhibition at the Rubell Collection. 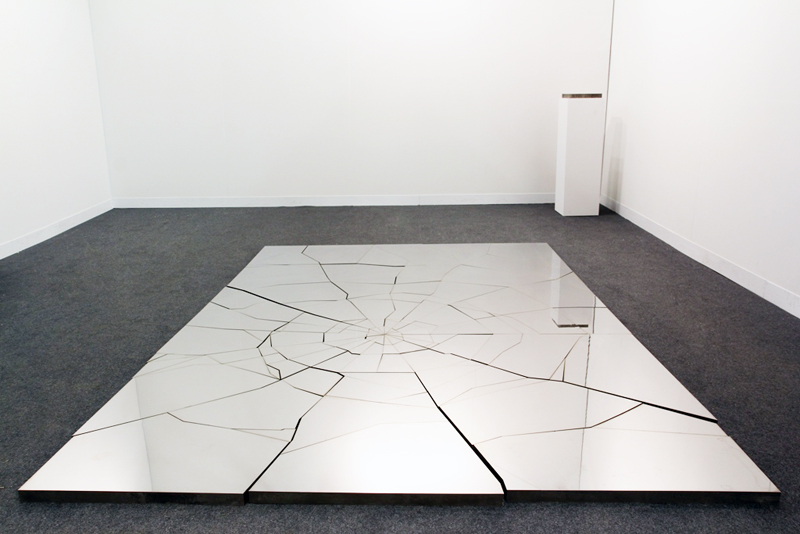 A stainless steel sculpture replicating a shattered glass was inspired by a motor-vehicle incident the artist experienced several years ago. Our attention was drawn to the dramatic transformation of the material used to imitate the cracked windshield. Zhao Zhao started as an assistant to Ai Wei Wei and today he is considered one of the most promising young artists. Zhao Zhao’s work is part of an exhibition that just opened at Beijing’s Ullens Center for Contemporary Art “ON │OFF: China’s Young Artists in Concept and Practice”.

This article ©galleryIntell. Images provided courtesy of the galleries. Reporting by Kira Sidorova