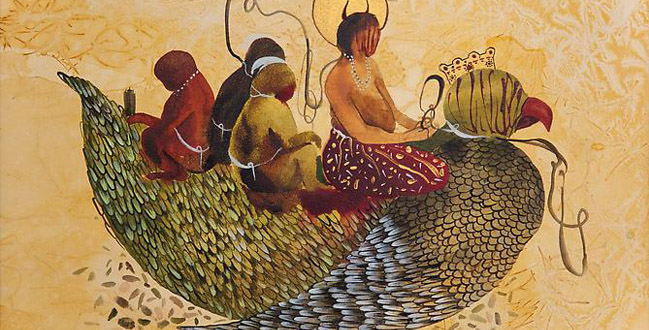 The coming week is full of art events, exhibition openings, and receptions. It is probably because we are inching ever so closely to The Armory Show and the 1,000,000 fairs that revolve around this “mothership”, or maybe New York is slowly emerging from its winter hibernation ready to welcome Spring? Whatever the case, we are happy this is the last week of February and we are just days away from the main art event of the year. You will probably notice that many galleries shaped their schedules to coincide exhibition openings to the first week of March when many of the collectors begin to arrive and people are more inclined to buy art. So, while the fairs are still more than a week away, here are some of the exhibitions you can see now. 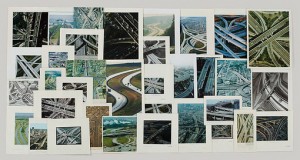 Very interesting exhibition to see if you are in London. Taryn Simon The Picture Collection at Gagosian Gallery, London. Taryn Simon just wrapped her special exhibition A Living Man Declared Dead and Other Chapters I – XVIII at New York’s Museum of Modern Art.  “The subjects Simon documents include victims of genocide in Bosnia, test rabbits infected with a lethal disease in Australia, the first woman to hijack an aircraft, and the living dead in India.” Taryn Simon’s new exhibitions The Picture Collection comprises forty-four works inspired by the New York Public Library’s picture archive.

From the gallery: The Picture Collection serves as a tabula rasa where images that are historically inscribed and validated sit beside those that are not. For example, by placing the reproduction of a painting by Kazimir Malevich next to those of unknown artworks hanging in an anonymous hotel room, or a Weegee photograph beside a commissioned advertisement, she puts into question the hierarchies by which visual and cultural materials are categorized. Continually seeking to discover the patterns, codes, and orders within the image overload of contemporary society, Simon questions the very dynamics of contemporary culture as a process of evolution or one doomed to endless repetition. Taryn Simon’s The Picture Collection on view now through March 28, 2013. 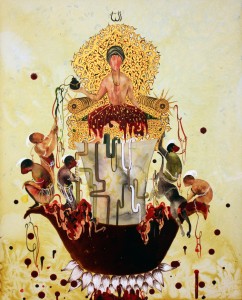 Shiva Ahmadi’s Apocalyptic Playland at Leila Heller Gallery. This contemporary Iranian artist has graduated to a whole new format in her work and we now see her embrace a scale that allows for a more expansive dialogue with the artist and her vision. Ahmadi is well known for transforming oil barrels into spectacular works of art that are nothing short of masterpieces. She now brings this vocabulary, rich with intricate vegetal and arabesque patters, to her new series of works on aqua board and paper, making the work at once captivating and thought-provoking. In this exhibition Ahmadi returns to  the traditional Persian manuscript illustration techniques and couples it with her own unique commentary. There are labyrinths of bent oil refinery pipes floating unanchored through space, faceless elephants dancing with ribbons, birds with tiaras carrying stained figures of faceless people, and many more fascinating stories.

From the gallery: Shiva Ahmadi’s works occupy an uneasy psycho-visual space: at once meticulous and loose, playful and somber, mythical yet very much dealing with the real. Much of her paintings are on paper, but also aqua board: a rigid surface best suited for her gouache, watercolor and ink applications. Her grounds are light earthy washes, upon which she builds up degrees of opacity: most opaque is inevitably the color red, generously applied to the point of caking and crackling. The last layer is the most delicate: ornate floral patterns painstakingly applied with metallic gold ink. Shiva Ahmadi’s Apocalyptic Playland  is on view through March 23, 2013. 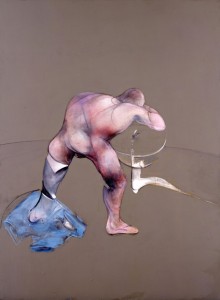 Francis Bacon at Marlborough Gallery, Chelsea. The hangar-like Chelsea outpost is showing a group show featuring works by Philip Guston, Francis aBacon,  Ahmed Alsoudani and Paola Rego. Bacon’s two works Study from the Human Body – Figure in Movement, 1982 and the more recent work titled Man at a Washbasin, 1990 are now on display in a group show at the iconic New York gallery. The rest of the works, including the harsh, and disjointed pink and gray Lower Level by Philip Guston, pale in comparison to the transcending Bacon paintings, so this is where we recommend you direct most of your time. Exhibition Alsoudani, Bacon, Guston, Rego is on view through March 30, 2013. 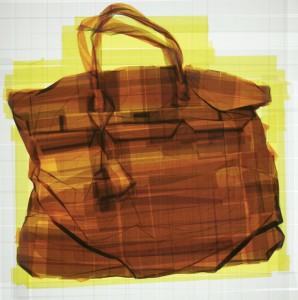 Mark Khaisman‘s tape art is on view at Pentimenti Gallery in Philadelphia. Khaisman is known for his “Tape Noir” projects where portraits of famous Hollywood actors from early cinema – James Stewart, Grace Kelly, Humphrey Bogart were created using utilitarian brown packing tape attached to a backlit acrylic screen. For his new series of works Khaisman chose another icon – the Hermés Birkin bag, coveted by women (and men) around the world. The classic bag is re-created in its myriad of vibrant colors using the artist’s signature material.

Watch our interview with the Mark Khaisman at VOLTANY show.

From the gallery: The new series is also playing on confusion between precious objects and pedestrian material of choice, the backlit packing tape. The simple shapes of handbags, their bold colors, mostly red and yellow, and their placement at the bottom of light boxes are referencing both high and low culture.  The exhibition is on view through April 13, 2013. 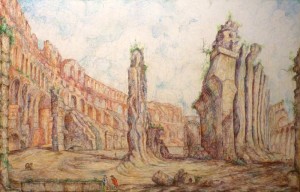 Kysa Johnson’s Empire Loop at Morgan Lehman Gallery in New York. This is Johnson’s second exhibition with the gallery where she returns to her examination of the nature of the world around us. This time the artist turns her attention to the transient nature of the political, economic and social cycles that define a country’s progress. Comprised of decay patterns of stable and unstable sub-atomic particles incorporated into Giovanni Battista Piranesi’s familiar images of Ruins of Rome (no subtle innuendos here), Johnson looks at the current economic and social processes in the US from a very zen-like position, explaining that “all empires fall and everything changes.” Half the exhibition is created using white paint on black background referencing an academic setting where theories are worked out on vast blackboards and discoveries are made amidst visual chaos of signs, equations, lines and graphs. The parallels are abundant and Johnson’s decision for  building her images from something so fundamental as physics makes the message that much clearer and more amplified.

Watch our interview with Kysa Johnson on her exhibition Empire Loop.

From the gallery: In Empire Loop, the artist enlarges subatomic decay patterns (the signature pathways that unstable particles travel along when they decay and transform into other subatomic particles) to depict a physical reality that is naturally invisible to the naked eye. By rendering these essential patterns in chalk, ink and watercolor on panel, Johnson removes the subject from a purely scientific context and introduces it into the arena of visual culture. These seemingly abstract markings are layered to recreate compositions by 18th century artist Giovanni Battista Piranesi. When placed in the broader realm of history and art, these fundamental marks become the building blocks to the compositions of which they are conceptually related, such as Piranesi’s Roman ruins or the seal of the fallen Austro-Hungarian Empire. Kysa Johnson‘s Empire Loop is on view through March 23, 2013.