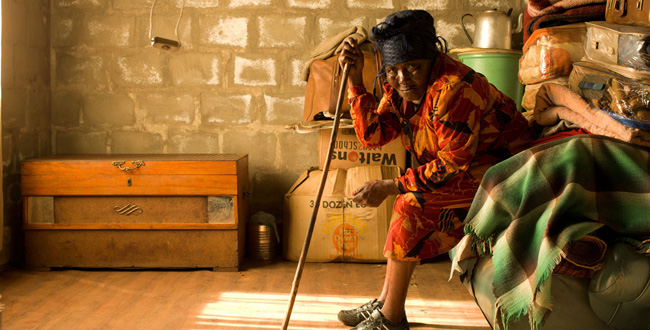 Many art galleries are already preparing for the upcoming art fairs in March and April, some even looking as far ahead as May for the second edition of the Frieze New York, but we have amazing shows for you to see this week. 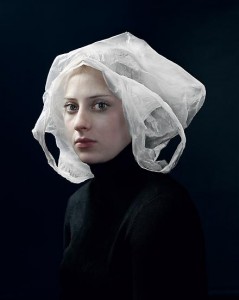 Our number one must-see exhibition this week is the latest series of portraits by the Hauge-born photographer Henrdik Kerstens at Danziger Gallery. For the last 17 years Kerstens has been photographing his daughter Paula, capturing her changing features in a series of compositions reminiscent of the Italian Renaissance and the Northern Baroque paintings of the 15 – 17th centuries but with a contemporary twist. Paula’s iridescent face is often adorned by unexpected and rather common modern-day materials not usually associated with fine art: plastic bags, aluminium foil, napkins, rolls of tissue paper, etc. To remove any pretension from the work, Kersten titles his portraits simply as “Napkin” or “Hairnet”, etc. The artist’s most striking image “Bag”, featured here will surely evoke parallels to Vermeer’s Girl with a Pearl Earring.

Jack Shainman Gallery is showing Zwelethu Mthethwa’s sixth solo exhibition with the gallery. The exhibition consists of three series of portraits, in a broad sense of the term – one titled Hope Chest,  The Brave Ones and The End of An Era, the first two series presenting a stronger narrative and a broader selection of works. The works are large format, a scale that creates an explicit equality between the subject and the viewer. 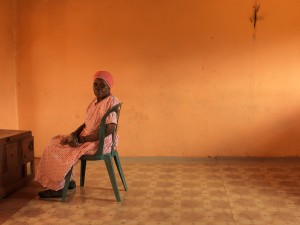 “The most recent series, Hope Chest, explores the relationship between a woman and her prized object used to house valued possessions. The chests are gifted to a woman on the occasion of her marriage, stay with her throughout her life and are traditionally the last gift she will receive from her family before her new identity as a married woman is assumed.“

Our favorite work in the exhibition is actually one that keeps the main subject – the hope chest – practically off the margins and focuses instead on the bare living quarters of its owner. It’s a wonderfully intimate composition that speaks volumes about the socio-economic conditions of Mthethwa’s subject. The exhibition is on view until February 23, 2013 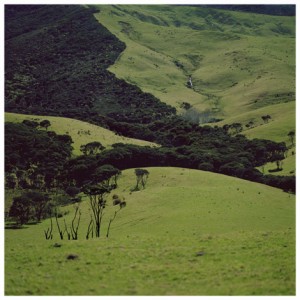 Darren Almond‘s Hemispheres and Continents exhibition is on view at the Matthew Marks Gallery on 22nd street. This is truly a spectacular series of sixteen photographs made between 2002 and 2012 on all seven continents. The photographs are part of Almond’s Fullmoon series, made at night, with exposures lasting between 15 and 60 minutes allowing the light of the full moon to illuminate massive ice shelves, African micro-climates and Japanese meadows in full bloom. Particularly captivating are the panoramic “Walmea Canyon” and “N. Sea” and of course the “Cape Reinga” seen here.

And finally, seeing Mexican artist Ricardo Rendon’s industrial felt sculptures at Vicky David Gallery are a great way to engage with a wonderfully tactile material. The works are colorful, perforated rectangles and organically – shaped oviods suspended off the gallery walls according to the hanging instructions provided by the artist. We absolutely recommend that you interact with these pieces (but first please ask for assistance from the gallery staff) and experience them in all the suggested variations.