Philadelphia based artist Mark Khaisman, represented at the VoltaNY show by the Pentimenti Gallery, talks about a common yet unexpected material he uses to create his multi-dimentional artwork. From the intricate recreations of the French imperial furniture to film noir stills of Hollywood stars  – Grace Kelly, James Stewart, Humphrey Bogart, the artist captures a unique fragment in a time long gone and allows us to contemplate it for a little while longer. 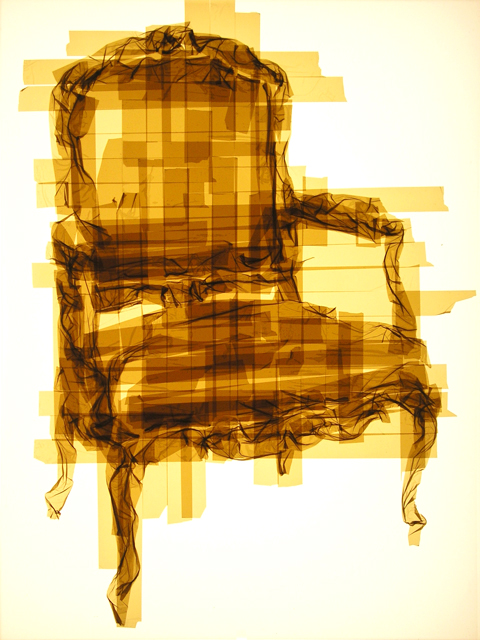 Mark Khaisman: ”I love this art fair and I think that this concept, this idea of a solo show is very interesting. My name is Mark Khaisman, I work with packing tape. It’s packing tape on clear plexiglass on light boxes. This work is based on the Louis VX period furniture. I think it’s kind of iconic for the medium. Basically, it’s one of the finest examples of how the material can be forced, wood can be forced to work against its nature, and in a way, I think that’s what I am doing with the tape. I’m forcing this packing tape to work as a fine art material.