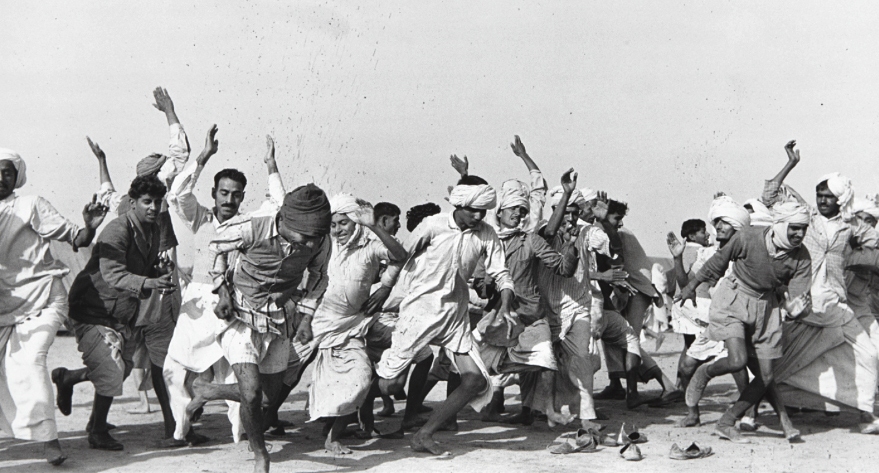 At more than $600,000 Hiroshi Sugimoto’s Music Lesson top lot of the day at Phillips. 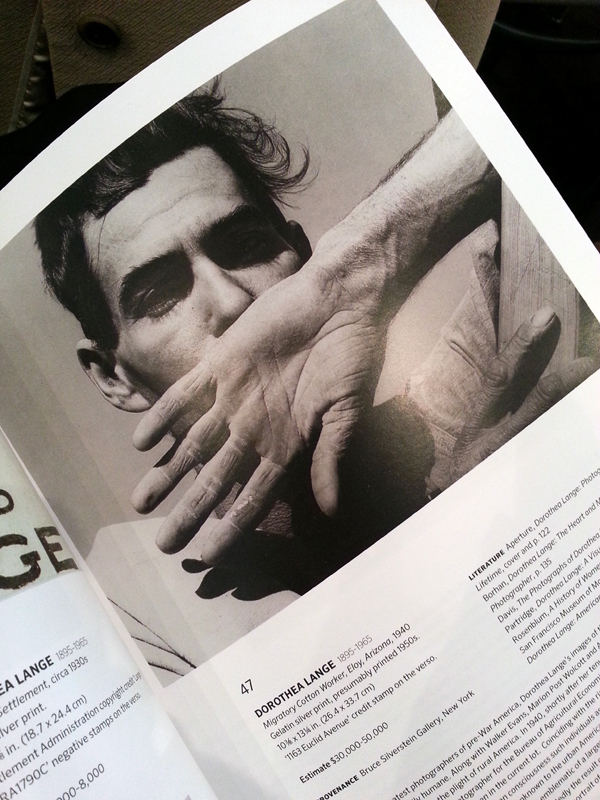 The second floor sales room at Phillips Auction house in Midtown Manhattan was sprinkled with many familiar faces of gallery owners we interviewed in the past. Edwynn Houk watched the early sale of several Man Ray photographs from the front row as did Rick Wester. Chelsea dealer Yancey Richardson arrived later in the sale and observed briefly before quietly leaving the room. Bruce Silverstein took his usual seat on the bench at the back of the room, no doubt watching the sale of  his consigned Dorothea Lange photograph of a cotton picker sell for $37,500 – around the low estimate plus fees.

It was also a great range of names ranging from the icons of 20th century photography like Walker Evans, Edward Weston, Alfred Steiglitz, Aaron Siskind, André Kertész, Laszlo Móhóly-Nagy, Cartier-Brisson and Brassaï to some of the lesser popular names offered in a very affordable price range (under $10,000).

A panoramic and very intense Helmut Newton photograph of Paris, View from my window, Rue de L’Abbé-de-l’Éppé, Paris V, 1979 consigned by a Zurich gallery was clearly in sights of a young man, who walked in just as the bidding started, placed his bids with a nod, all the while standing by the phones, bought it for $62,000 and left soon thereafter.

So here are the top three lots of the day plus some of my favorite photos from the sale. 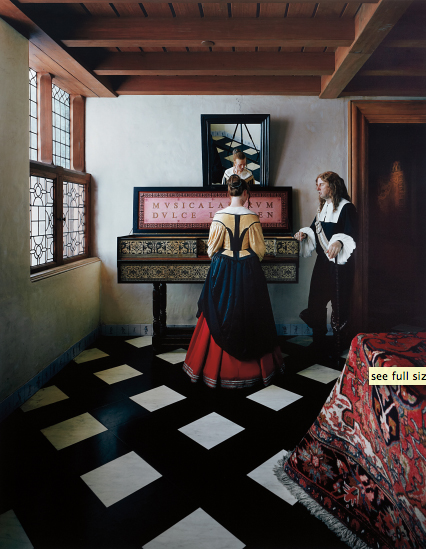 “In 1999 Sugimoto was commissioned by the Deutsche Guggenheim to do his Portraits series, of which the current [photograph] is an example. All subjects were life-size wax figures culled from such genres as royalty, politics, military, art and religion.[…]  The Music Lesson, based on Vermeer’s Lady at the Virginals with a Gentleman, 1662-1665. As one of Vermeer’s most widely recognized paintings, the work embodies the classic features in the late Dutch master’s enigmatic domestic scenes. A young upper-class woman is seen standing by the Renaissance-era musical instrument, while a man, possibly a suitor or a teacher, stands nearby. The scene is naturally lit from a handsomely sized window, which casts a soft and incandescent light on the subjects. Like most of Vermeer’s paintings, a mysterious air permeates the scene.” * 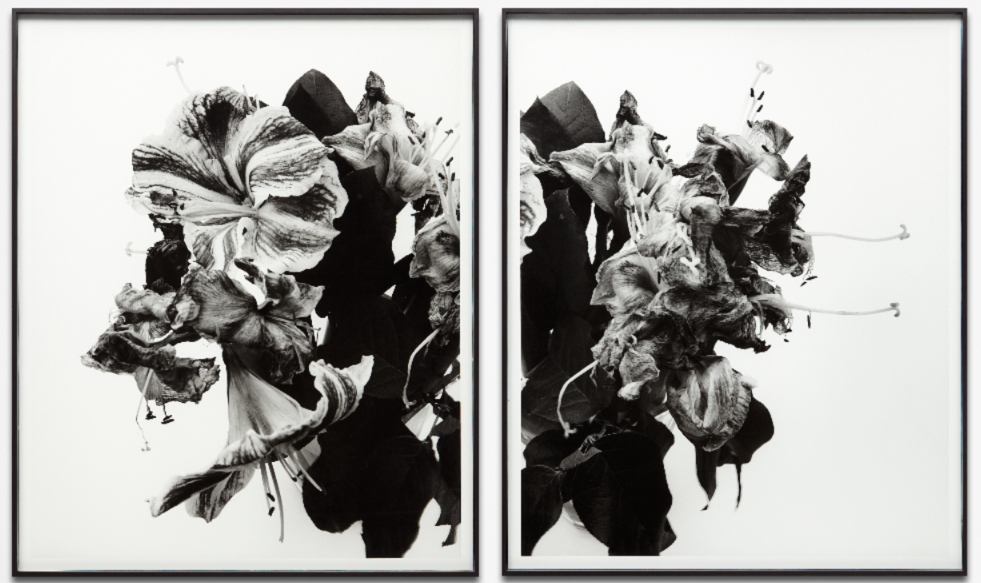 “When I wake up and see flowers, I photograph them; it’s this feeling of proximity. These instant feelings come to me quite naturally. I always have a lot of flowers in my house. […] For me love is about proximity, familiarity, things one can touch.”

The second highest earning lot of the day was a 1991 semi-abstract floral diptych collage by another Japanese artist Nobuyoshi Araki. From Close to Range, 1991 sold for close to $200,000. “A photograph takes place only at a certain instant,” Araki has stated, “the instant is the eternal and eternity is an instant.” In that regard Araki reveals that the two opposing ends of the spectrum—the instantaneous and the eternal—are interchangeable. Araki extends the intertwining of alleged opposites throughout his work, presenting an egalitarian approach whereby cherished elements in life maintain their desired status against their mirror opposites. To understand life, beauty and peace, therefore, one is to appreciate mortality, decay and disarray.”* 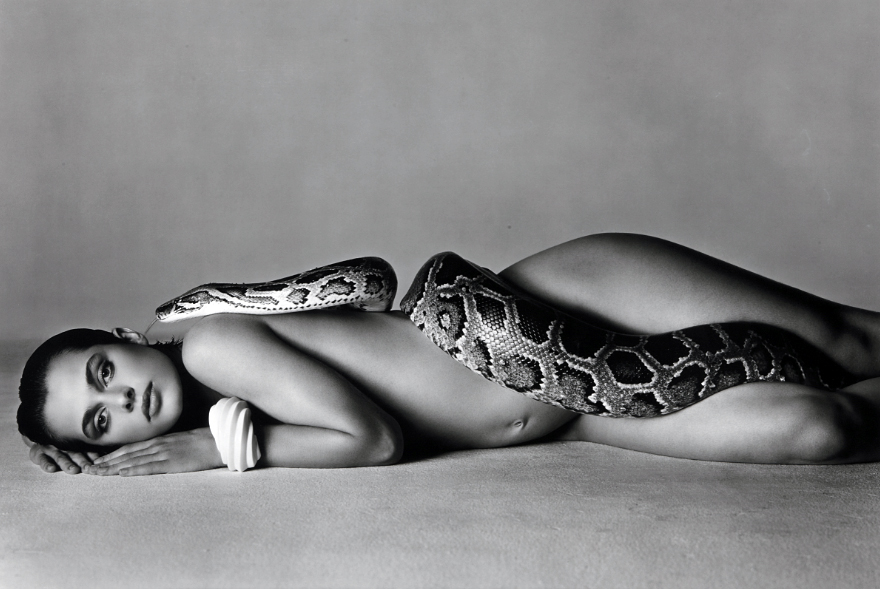 Superstar of American contemporary fashion photography, Richard Avedon rounded up the top 3 with his 1981 portrait of [seemingly pregnant] Nastassja Kinski with a boa constrictor coiled atop her nude figure. The sensual black and white Nastassja Kinski and the Serpent, Los Angeles, California, June 14, 1981 sold for a total of $155,000 including buyer premium. 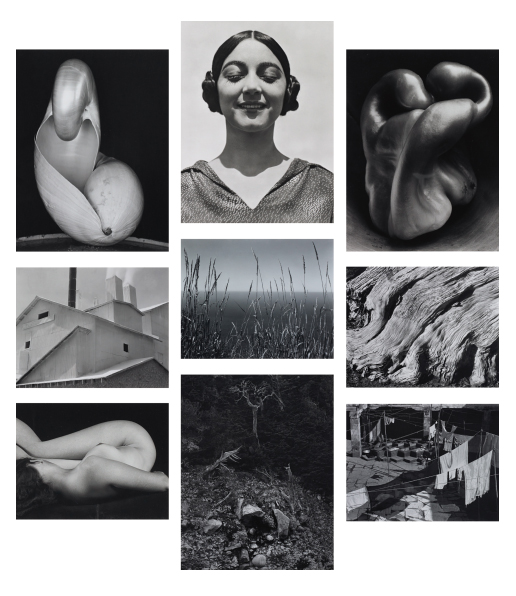 As I went through the rest of the sale results I noticed that most of the remaining lots sold under the $20,000 mark with a number of well-known images by the some of the best-known classic artists failing to sell at all. For example, a portfolio of Edward Weston‘s photographs (seen here) was priced between $18,000 and $22,000 but didn’t find a buyer. Neither did his From Point Lobos, a landscape from 1939. Irving Penn‘s images did very well, but Hans Bellmer‘s didn’t fare as well, which goes to show that beautiful images tend to find buyers easier than grotesque ones. Man Ray, Brancusi and André Kertész were also among the winners while Peter Beard‘s work had mixed results.

You couldn’t help but notice an abundance of Bill Brandt‘s photographs in this sale. Many were very reasonably priced under or around $10,000 and many sold at just below or within the low estimate. I was also curious to see two of Nick Brandt‘s lion photographs featured in the sale (both sold for $22,000 each, plus fees) and several of Sebastao Salgado‘s Genesis photographs. Provenance listed Peter Fetterman Gallery as the original source of purchase.

My favorite of the day was a beautiful 1947 Henri Cartier-Bresson photograph of men playing in a refugee camp at Kurukshetra Punjab, India. The wonderfully cheery photograph sold for its low estimate, totaling at just over $8,000 with fees. 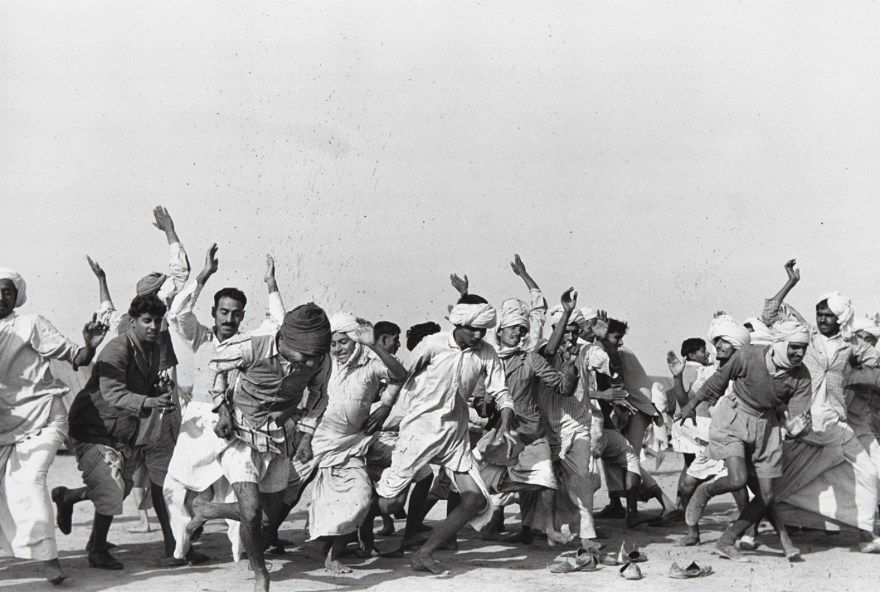 Another notable lot in today’s sale was Imogen Cunningham‘s Side, 1930’s. The soft, minuscule 3 ⅛ x 2 ⅞ print sold for more than 5 times it’s HIGH estimate, making the photograph one of the most successful lots of the day. Sally Mann’s very own Olympia – a 1992 nude titled Venus After School sold for $10,000 just over its high estimate and her much larger Untitled from Deep South, 1998 which was simply breathtaking in its luminosity sold around the low estimate.

Overall I can say with absolute certainty that there were a great number of very well-priced photographs, some sold, some unsold, consigned for this auction and I am looking forward to seeing how many of the sold lots will appear during next week’s AIPAD photography fair!

This article ©galleryIntell. Images © to their respective owners, courtesy of Phillips.