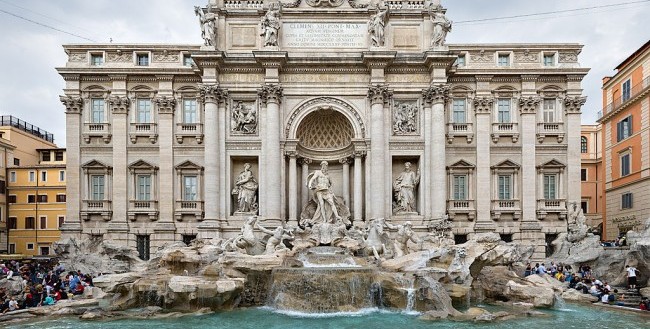 In the last few days, we found some stories that surprised us and some that made us shake our head in disbelief. From Louvre’s crowdfunding campaign to Baselitz’s remark on women painters – read on to find out this week’s top art stories.

“Destruction, Ruin and Preservation” seems to be the theme of the week.
Historical monuments in Naples in dire state as a result of neglect and mismanagement. The Art Newspaper.
2 buildings that were recognized as architectural landmarks in Moscow were demolished. The Art Newspaper.
Trevi Fountain in Rome gets saved from ruin by a generous €2m restoration funded by Fendi. Guardian.
This year World Monuments Fund’s Paul Mellon Lecture will include a talk on “Can Venice be saved?” The Art Newspaper.

Louvres goes the crowd funding way. Artinfo.
In a successful campaign, Louvre managed to collect funds through 4,000 donors, raising a total of €800,000!
This funding helps completes Louvre’s “Descent from the Cross” scene.

5th edition of India Art Fair goes live on January 31, 2013. Huffington Post.
105 galleries from 24 countries will be exhibiting in the nation’s capital.
There is a focus on international audience, evident by the fair’s partnership with Christie’s.

Shutters down on Haunch of Venison gallery at Chelsea! GalleristNY.
The Christie’s owned gallery will be shutting in March.
This decision comes after a strengthened focus on private sales business.