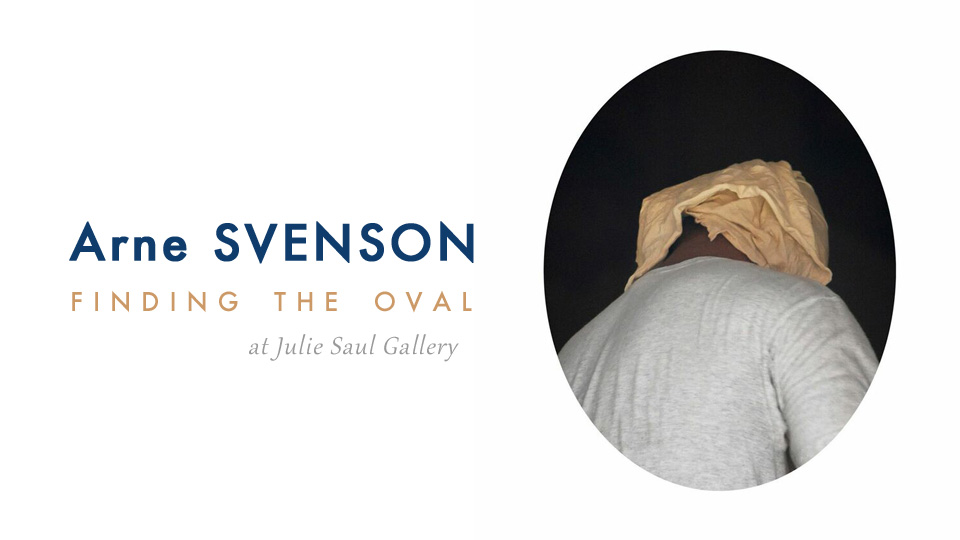 “I demand a lot of my viewers and one of the things I demand is that I will give you the opening sentence, or the opening paragraph of a narrative, but you have to work on it, you have to finish it.”

Part II of our video interview with Arne Svenson focused on the artist’s process of finding that perfect gesture or that perfect emotion within the larger image. It can be a process filled with excitement, anticipation and anxiety.

galleryIntell: Your images capture a very different moment in time that’s typically associated with a portrait. We rarely glimpse their faces, instead piecing together their identities through a puzzle of elbows, necks, ears and wrists. What is the thought process behind this decision?

Arne Svenson: Most of my work is predicated on the idea that something just happened, or something will happen, but rarely do I photograph something that is happening. I much prefer it when the sitter gets up and turns their head, that’s the picture I take. 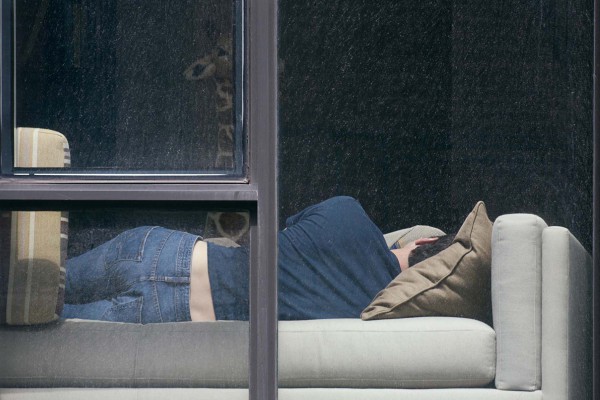 And all of ‘The Neighbors’ series and especially ‘The Workers’ are just bits and pieces of people. They are the head that turns away, the arm that comes into frame for a moment. For me those gestures carry the human kind in them, and if I was photographing faces they would only be Mrs. So-and-so. This is all they could be, but if you only see the elbow of someone, and the light is perfect, and the setting is perfect — that can be anybody. That can be the people you love, that can be the people you hate, that can be the people you feel sorry for, the immigrant off the boat, it could be the man…the ‘hedge fund man”, and you have to complete that puzzle. I demand a lot of my viewers and one of the things I demand is that I will give you the opening sentence, or the opening paragraph of a narrative, but you have to work on it, you have to finish it. And that’s my job as an artist. And specifically my job is to only give you enough.

GI: Do you have an emotional connection to any of the images in the exhibition? 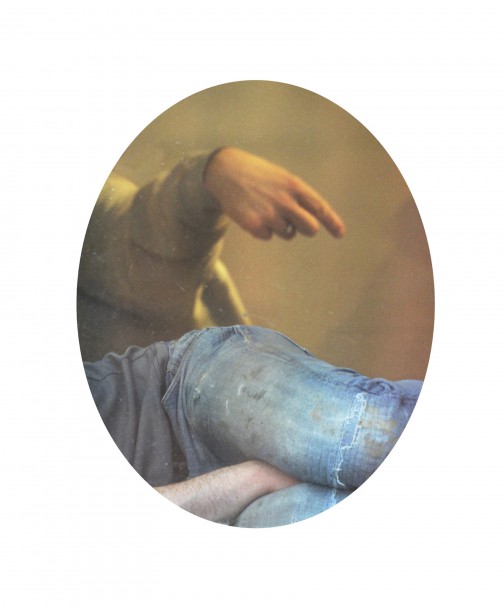 AS:  Any photographer has an emotional attachment to the process, which is very difficult sometimes, because you have enjoyed, or have been horrified by the process and you think that may be in the image. I always wait. I take the photograph and then I wait days before I look at it, because I am afraid of that excitement and that emotional connection to the process. So I let that die down. So when I have actually printed the work I have print it in a relative… I wouldn’t say objectively unemotional way, but in a way it is. But then, when I have in this case, I have centered the oval and I have isolated bits and pieces, because all these photographs, all these are taken from larger photographs, though I saw, in my mind’s eye an oval when I took the photograph, I had to find it in actuality, so it would match up with my head. And as I printed them an emotional bond, more than any other work that I’ve done, it grabbed me. I felt that they were very vulnerable and that I had a responsibility to picture them in the best light possible, if that makes sense. It’s respect for the image, but it’s respect for the sitter, I think that’s really important for me. I can’t work, unless I have that.

GI: What images in this series do you feel personally connected to?

AS: It’s very hard for me to determine which one resonates the most for me. It’s extraordinarily difficult; we’re not even talking about the process here. I love that dark eeriness of the man leaning forward with the scarf and the white mask, totally obliterating his face and it’s kind of simian look. But I also like the man in the white overalls who is leaning against plastic and as he leans, it creates almost a wing coming off of his back. Which, I though was so exquisitely lucky that that happened, and that it was elevating him to kind of the highest heights. If you’re going be comparing it to Renaissance painting and Baroque painting, you know, he’s taken a wing.

There is a pair of the man in the blue shirt who has a razor blade and those two as a pair are also very important to me and one of the reasons is that I hadn’t seen the razor blade when I took the photograph and when I was printing the image I saw it and pretty much fell back in my chair. There is a sensuality, which is rare in my work, where he is blowing on the razor blade and it was something about his lips and that blade approaching them that created a really interesting dynamic because I didn’t now if the blade was going towards his lips or away. So it’s this effect of vulnerability but also of strength. Is he going to cut or be cut? 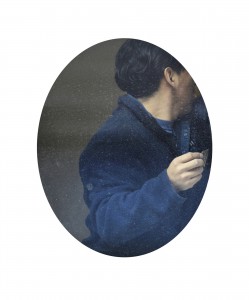 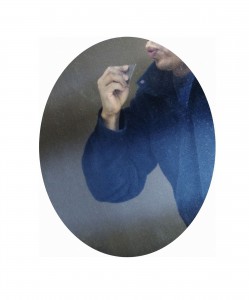 There is the one with the man with a scarf and he has, this was my answer to the ‘Girl with the Pearl Earring’, but he has an ear bud that’s coming out of one ear. And from the distance it does look like a pearl until you go up and realize that no, it’s Apple and there is a handprint in the glass that I focused on that has a for me a very sinister look on it, so I’ve managed to get a hand in the dust and the glass is infused with the image, but I should stop there because I realize that I’m going through every photograph that I have taken.

This video interview and article © galleryIntell. Images © Arne Svenson and courtesy of the artist and Julie Saul Gallery.