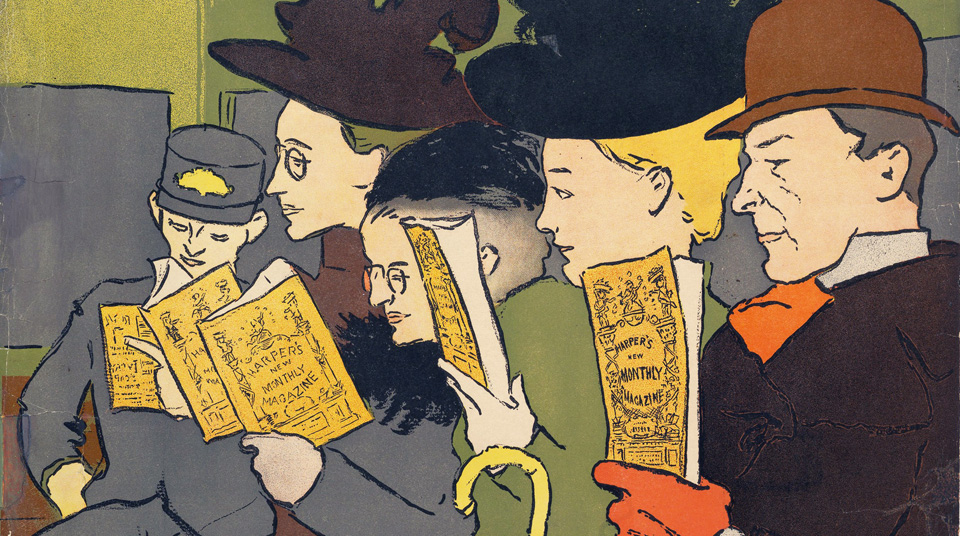 Free art books from the Metropolitan Museum of Art

More than 400 art books are now free at The Met

We wrote some time back that dreams of so many artists, researchers, students and curators finally came true when The Metropolitan Museum of Art made a vast trove of images available for free download. Now the museum is taking one more step towards making its collections accessible to worldwide art enthusiasts and professionals. The museum recently made some 422, mostly out-of-print, yet no less important titles free to download in .pdf format. The full index of titles is available here. And while the number may seem modest at first, consider the average art book’s volume and amount of content, illustrations included, in each of those tomes. This means that instead of having to go to a used books store, amazon or a local library that may or may not have a particular title in its collection, you can now access these invaluable resources for free and in the convenience of your own studio/living room, art gallery/coffee shop. This also means that the Metropolitan Museum finally heard the pleas of so many who have been requesting that these resources be made available to them. However, if you still want to have the physical book to store on your shelf and leaf through it with a cup of oolong tea, you can order any of these titles to be printed on demand. Great idea, no?

‘American Art Posters of the 1890s in The Metropolitan Museum of Art, including the Leonard A. Lauder Collection‘ that features Edward Penfield’s iconic Harper’s covers (in the slideshow above) and this 1895 Modern Art commercial lithograph by Arthur Wesley Dow. 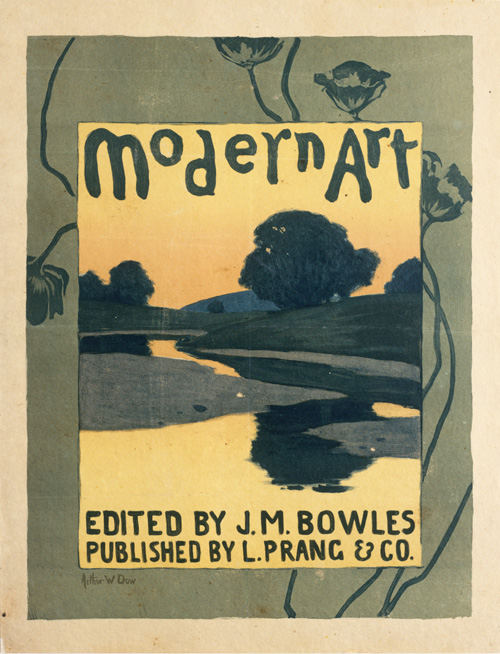 A recent 2004 publication ‘All the Mighty World: The Photographs of Roger Fenton, 1852–1860‘ can be found at the top of the index and is noteworthy because Fenton was “among the first to photograph the Kremlin and other landmarks of Moscow and Kiev. Commissioned in 1855 to document the Crimean War—which pitted European nations against an expansionist Russia—he returned with portraits of shell-shocked soldiers and confident officers, views of a chaotic Balaklava harbor, and bleak panoramas of the terrain of battle.” Notice any similarities? 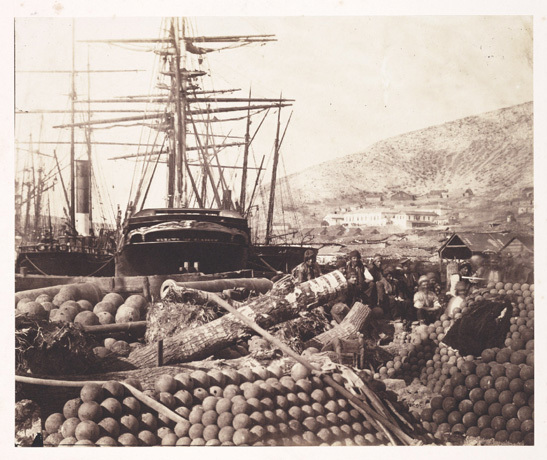 The ‘Anvari’s Divan: A Pocket Book for Akbar‘ is another out-of-print title Met Publications is making available for free download. A book of traditional jewel-like miniatures the Book for Akbar was “commissioned by Akbar the Great, the third Mughal emperor of India. The manuscript, which measures only 5 1/2 by 27/8 inches, was made in 1588, the thirty-third year of Akbar’s reign, when the emperor was at the height of his power. The tiny paintings are the work of Akbar’s court artists, many of whom were trained by Persian artists brought to India by Humayun, Akbar’s father.” 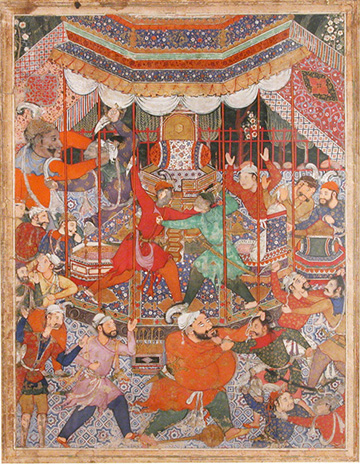 A lush collection of famous Impressionist and Realist paintings from ‘American Impressionism and Realism: The Painting of Modern Life, 1885–1915‘  with forwards by Philippe de Montebello and Jan Keene Muhlert. In the book Edouard Manet’s iconic and beloved Boating from 1874 is featured alongside Edward Steichen’s ominous ‘The Flatiron’ photograph from 1904 and Jean Béraud’s 1877 ‘Sunday at the Church of Saint-Philippe-du-Roule, Paris’. (Both, the Béraud and the Manet images can also be downloaded in high resolution for free). Another noteworthy feature of this tome (if only for the fact that it’s been largely unknown among the art enthusiasts) is Edgar Degas’ The Collector of Prints‘ from 1866. (In the slideshow above). 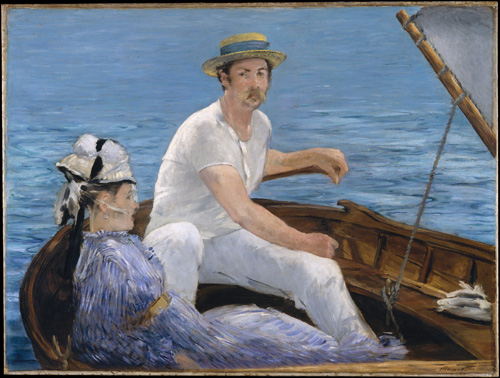 The 2008 publication of ‘The Art of Illumination: The Limbourg Brothers and the Belles Heures of Jean de France, Duc de Berry‘ demands its very own mention. The exhibition of Western history’s most famous prayer book and its startlingly vivid ultramarine miniature illuminations drew immense crowds at the Metropolitan Museum when it was shown in 2010. 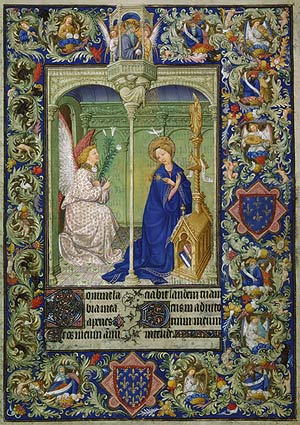 A short paragraph on why the book got so much attention since its inception 600 years ago. “One of the most lavishly illustrated codices of the Middle Ages, the Belle Heures of Jean de France, duc de Berry (ca. 1405–1408/9), is the only manuscript with miniatures executed entirely by the famed Limbourg brothers. Commissioned by its royal patron, this richly illuminated Book of Hours, intended for private devotion.. In this volume, the Limbourgs provided the customary components of a Book of Hours, including readings from the Gospels and prayers to the Virgin. The Belles Heures, however, was elevated to unprecedented heights by the addition of seven “picture book” insertions. These pages provided a framework for developing the Limbourg’s figural style, refining their palette, experimenting with light and surface values, and devising coherent compositional formulas that focused the dramatic charge of the image. These illuminations, both sacred and secular in subject, range from traditional scenes of Christ’s life and ministry to images reflecting the turbulence of the period, such as victims struck by the plague.”

‘Art of the Islamic World: A Resource for Educators‘ (this book is currently in-print) and ‘Signac, 1863–1935: Master Neo-Impressionist‘ are some of the other titles that caught this art enthusiast’s attention!