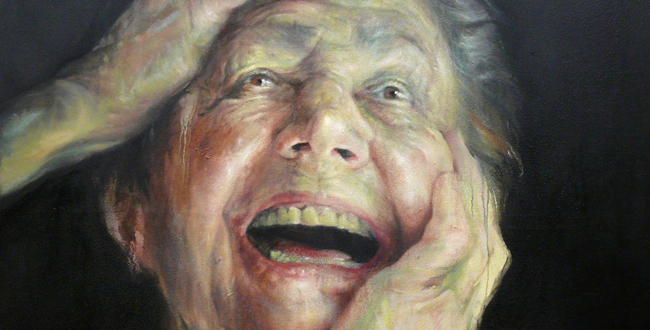 So, it’s THE hot art neighborhood in New York, or better yet, in Brooklyn – where, as the popular belief goes, everybody, who is anybody has a studio. First the 8th street studios, then Midtown, followed famously by SoHo, then Chelsea, LIC and now Bushwick. This industrial warehouse area with graffiti-ridden walls and overgrown commercial yards is dotted with studio buildings, small galleries and exhibition spaces. Like every such gathering, there are the rather average examples and there are some that really stand out and Open Studios is a fantastic opportunity to see who is doing what. So her are some of the artists who made an impression at this year’s Bushwick Open Studios 2013: 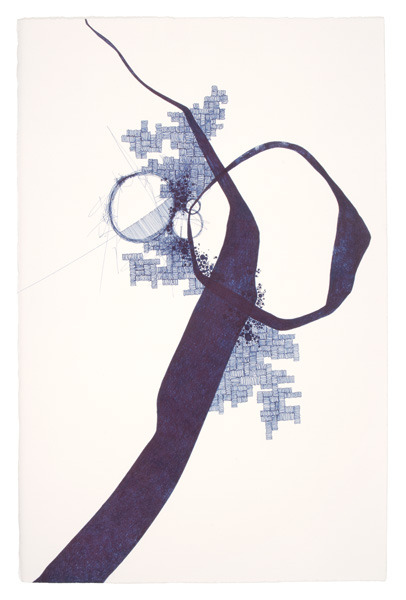 Here is one of his works titled Asvirus 24 and I just love the free-flowing organic lines, the opacity of the ink, and fluidity in the coexistence of square and ovoid objects. It’s like a meander – you start in one point, and through allowing your mind to follow the visual clues, end up in a new, unfamiliar space.

Juan Miguel Palacios’ “Emociones” was another favorite. The painting measured some 2 meters by 2 meters (72×72) and the most striking aspect of the work was the need to determine the exact feeling expressed by the old woman. 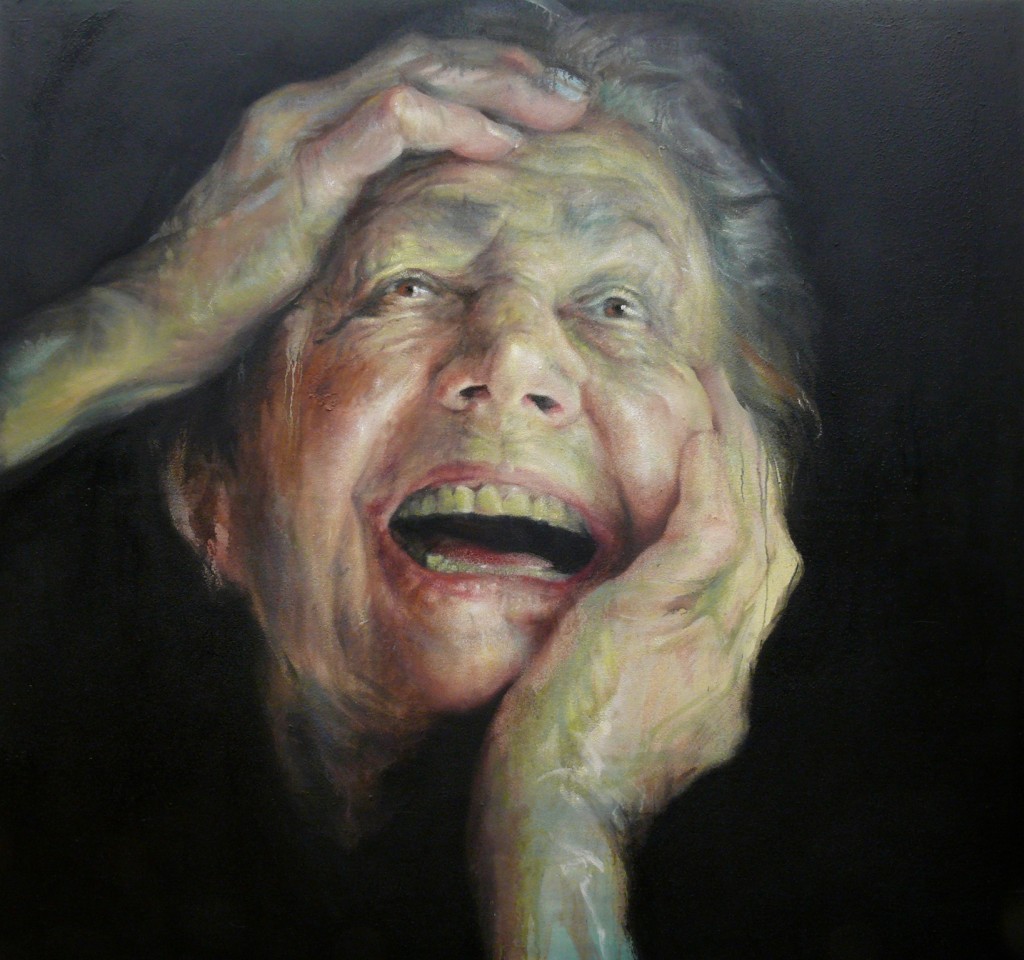 Palacios himself wrote this “In this particular painting, the woman can look sad, angry, scared, anxious, exited… It all depends on the eyes of the observer.”
Juan Miguel Palacios, Emociones. Oil on canvas, 195 cm x 195 cm.

And as much as everyone loves texture and color and all those wonderful things, sometimes, the best things are also the simplest. Liz Jaff‘s work contains no pigment – it’s just paper, but her simple and elegant works reminded me of fields of wild flowers. The cut paper medallions also have a meditative quality. There is repetition of form and technique that is rather calming. Of course one could recall Warhol and his serial repetition of objects, like coke bottles, or soup cans, but somehow Jaff manages to capture a better mental space. 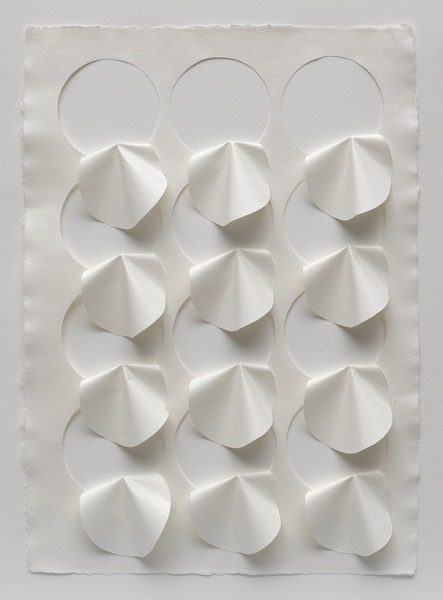 For more information on the featured artists please contact media@galleryIntell.com 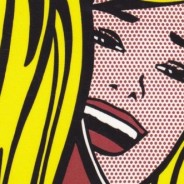