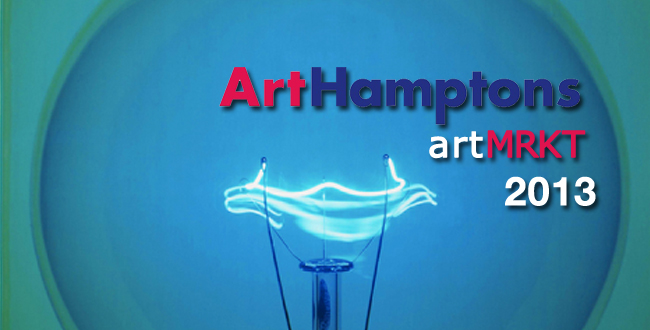 The first of the summer art fairs on New York’s Long Island are set to launch this week. As of today, the two principal fairs – ArtHamptons and ArtMRKT will host a wide range of local, national and international galleries representing established, mid-career and emerging artists from around the world. As always, galleryIntell editors have gone through all the exhibitor listings to bring you a carefully curated guide to the recommended galleries and their most interesting artworks. Our exclusive recommendations can be your personal guide to the fairs, so share it with all your friends and bring a copy with you to the event. Use this list to locate the important art works and ask the gallery directors for more information on the works we mentioned. And you can always email us at media@galleryIntell.com or Instagram your favorite artworks using the tag @gallery_Intell and mention the gallery name and the name of the artist.

Out top 6 must-see galleries and artists at ArtHamptons and ArtMRKT are: 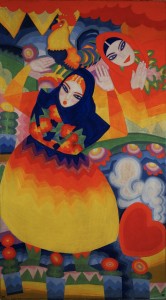 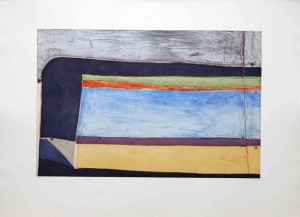 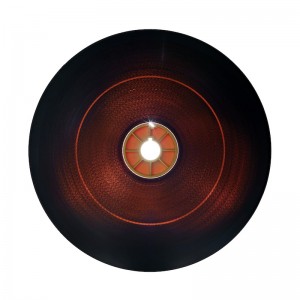 It took us a while to match the title of the artwork to what we were looking at but once it clicked it was a real aha!! moment! The gallery’s featured work is a 40×40 limited edition photograph by Reiner Riedler titled Ginger & Fred by Federico Fellini. What you see is an actual 35mm film reel shown from above. Riedler photographed the film rolls in the Deutsche Kinemathek Museum of Film and Television in Berlin. We love, love it and can’t wait for you to see it too! Gallery also represents Sophie Delaporte, David Zimmerman, Sylvere Azoulai and Wendy Paton.

This gallery has an impressive range of work and it was a struggle to pick just one to feature in the article. Jaq Belcher’s paper cuts are a must-see. It’s just paper – cut by hand, but you should see how the artist creates and manipulates each incision and how that impacts your perception of the medium. One of Belcher’s works the gallery plans to show at the fair features more than 12,000 individual cuts! Ellen Carey’s polaroid positive prints are quite unique and somehow recall Louis Morris’s color field paintings, albeit somewhat more monochromatic. We also loved Scott Morgan’s prints. Imagine Christo wrapping trees and rocks in gold leaf! And then there is Amanda Means and her James Turrell-like spherical light bulbs. We’ve all seen these retro-style bulbs in hotels, restaurants, spas, but most certainly in this light. Means creates her unique candy-colored polaroids with each print measuring 22″ x 31″. Also ask to see Lawick Müller’s work titled Boat Party. We won’t reveal too much, except that it will have you wondering how it was done. 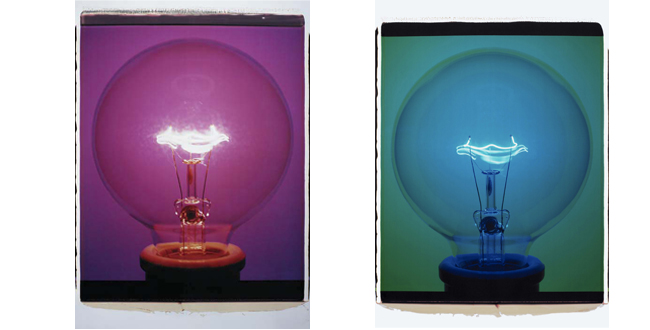 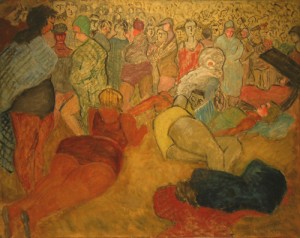 The Boston-based gallery is bringing several Mid Century American Modernists including Sol LeWitt, Milton Avery (right), Arthur Dove and Bernard Chaet. Featured here is Avery’s 1931 oil on canvas titled Coney Island. Not a typical palette for this artist, who normally preferred the washed out whites, grays and pale yellows to the saturated reds, ambers and greens. This is one of the paintings we highly recommend seeing and, if possible, adding to your collection. Among the more contemporary gallery artists are Scott Prior whose latest work, Window in June an oil on linen, is sure to bring forth memories of your own summers in the country. Some of the gallery’s other artists include Paul Resicka, and William Bailey. 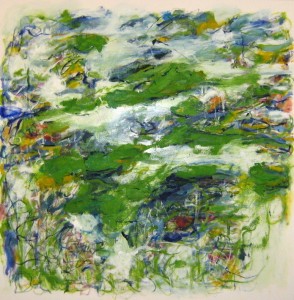 The gallery represents a comfortable range of representational figurative and abstract artists. Among the works shown at the fair are a 2007 oil on canvas titled Edge of the Pond by Robert Harms (left). Those familiar with Joan Mitchell’s work will instantly see the Abstract Expressionist’s influence in Harms’ brushwork. Harms communicates with a similar gesture – sometimes dense, sometimes more open and builds a nice flow in his work – be it a watercolor on paper or an oil on canvas. The gallery also represents works by Robert de Niro Sr., Fairfield Porter, Joan Miro and Milton Resnick.