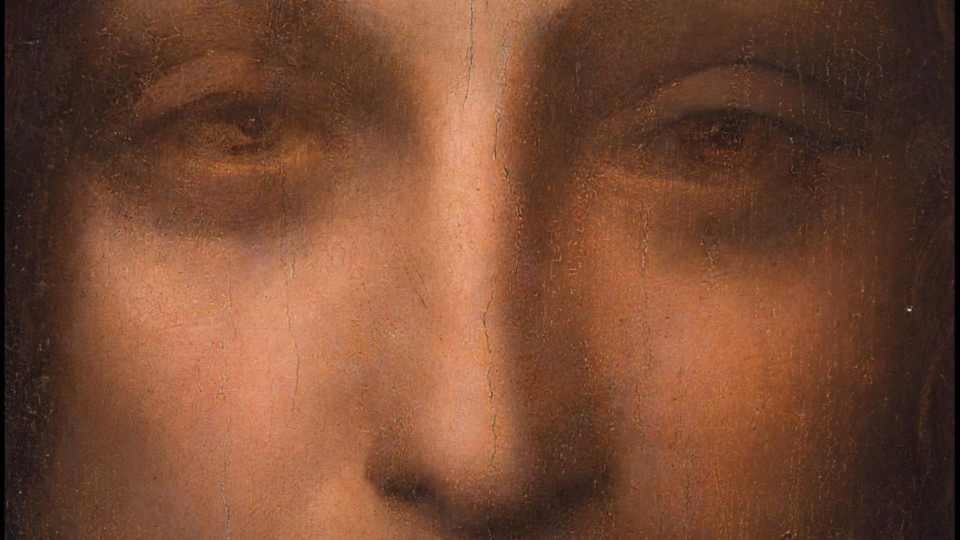 A record was set tonight at Christie’s. The “last da Vinci“, as it was nicknamed, drew long lines of viewers to Christie’s Rockefeller Center auction house, where it was on view for a couple of weeks before the historic sale.

The 66 cm 500-year-old oil painting depicting (a rather feminine version of) Christ holding a crystal orb, called Salvator Mundi or Savior of the World, is one of fewer than 20 paintings by Leonardo da Vinci known to exist, according to Christie’s, the auction house conducting the sale. 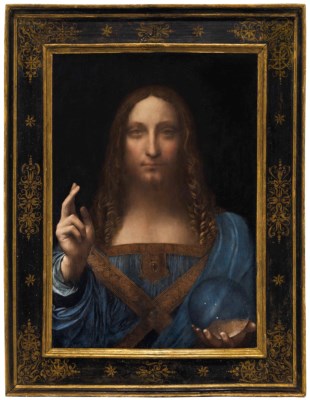 Christie’s positioned the painting in the most unusual context, offering it as a special lot in November 15, 2017 Post War and Contemporary Sale where the da Vinci was envisioned as being in conversation with Warhol’s ’60 Last Suppers’.

‘Salvator Mundi’  is a painting of the most iconic figure in the world by the most important artist of all time,’ says Loic Gouzer, Chairman, Post-War and Contemporary Art at Christie’s in New York. ‘The opportunity to bring this masterpiece to the market is an honour that comes around once in a lifetime. Despite being created approximately 500 years ago, the work of Leonardo is just as influential to the art that is being created today as it was in the 15th and 16th centuries. We felt that offering this painting within the context of our Post-War and Contemporary Evening Sale  is a testament to the enduring relevance of this picture.’

“Its inclusion in the exhibition came after more than six years of painstaking research and inquiry to document the painting’s authenticity, begun shortly after it was discovered—heavily veiled with overpaints, long mistaken for a copy—in a small, regional auction in the United States. The painting’s new owners moved forward with admirable care and deliberation in cleaning and restoring the painting, researching and thoroughly documenting it, and cautiously vetting its authenticity with the world’s leading authorities on the works and career of the Milanese master.

As the possibility of Leonardo’s authorship became clear, the painting was shown to a group of international scholars and experts in Leonardo’s works, so that an informed consensus about its attribution might be obtained. ” – Christie’s

The provenance for the masterpiece reads like a historical “who-is-who” of European royalty. 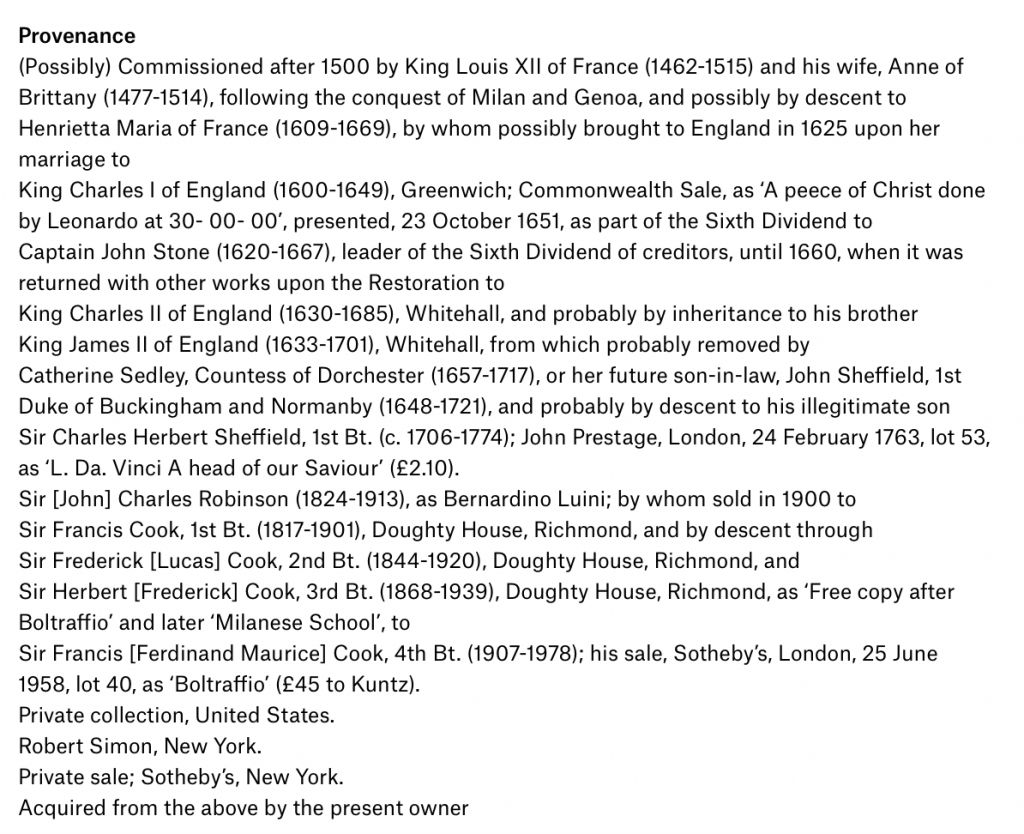 The painting’s most recent owner, and the man selling it today at Christie’s, is none other than the Russian billionaire Dmitry Rybolovlev, who bought it in 2013 for $127.5 million in a private sale that became the subject of a continuing lawsuit against Yves Bouvier  – the Swiss fine art logistics operator and art broker who is accused of defrauding the Russian billionaire of hundreds of millions of dollars in commissions.

The “other” Mona Lisa

The painting was secured with a third party guarantee for $100 million, which means Christie’s had a guaranteed buyer for this lot, should no bids materialize, which, in this case, seemed unlikely.

da Vinci’s ‘Salvator Mundi’ is officially the most expensive painting ever sold at auction.