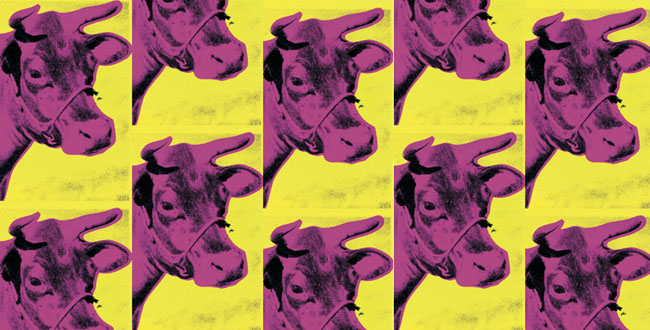 Home › Articles › Andy Warhol at the Met – Legacy and Influence 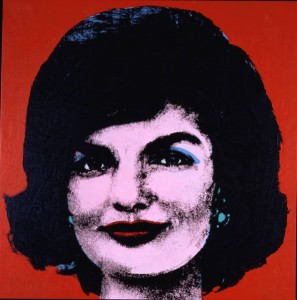 Andy Warhol’s name instantly prompts an association with endless reproductions of the iconic Campbell’s soup cans, the Coca-Cola bottles, the seductive color-blocked portraits of Marilyn Monroe and Jackie O., the terrifying images of car crashes and the Francis Bacon-like electric chairs. These images, and works by the artists they inspired, have been curated into 5 separate thematic sections articulated around the key notions of Andy Warhol’s oeuvre.

About 45 works by the “King of Pop Art” are displayed in tandem with the best-known works by sixty of top-rated contemporary artists. Ai Weiwei’s Neolithic clay vase from 5,000 – 6,000 BC, inscribed buy the artist with the words Coca-Cola, is shown alongside Warhol’s Green Coca-Cola bottles from 1962. His Jackie O. portrait is shown in conjunction with Alex Katz’s equally color-blocked 1964 “Lita”, and Cindy Sherman’s self-portrait as Marilyn. 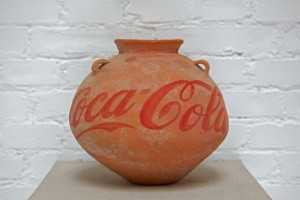 Each room is like an Ali Baba cavern, displaying a significant ensemble of iconic and famous works, demonstrating the influence and legacy of the master on his contemporaries. From Jeff Koons to Damien Hirst, Elizabeth Peyton, Robert Mapplethorpe, Ai Weiwei or Takashi Murakami, Andy Warhol’s artistic influence spans several generations.

In the 1950’s Andy Warhol – the enfant terrible of Pop Art – was a successful commercial illustrator, which explains his interest for the appropriation of newspaper headlines and tabloid image. His work was largely influenced by his professional profile as an illustrator, either on a technical level or by the themes used.  In the early 1960’s, his fascination for the industrial mass production led him to incorporate silkscreened photographs of newspapers in his work.  Warhol used all the advanced technology available during his time: photography, video, film without disregarding painting, drawing and silk-screening to express his fascination with the consumerist society, and the cult of celebrity, which were his favorite themes. Through the mechanical aspect of the silk-screening technique, he transformed the idea of a unique hand-made work of art into a consumer good – converting his works into nostalgic clichés deprived of originality!

This is a monumental show, albeit at times, the juxtaposition of the works may lack harmony  while the relationship and the dialogue between the other artists’ works and Andy Warhol’s legacy are at times arguable. When the visit is over, we are left with the overwhelming feeling of having read through a long list of famous artist names. Nevertheless the quality and the diversity of the masterpieces on view are exceptional.

The exhibition is on view at the Metropolitan Museum of Art until December 31, 2012.