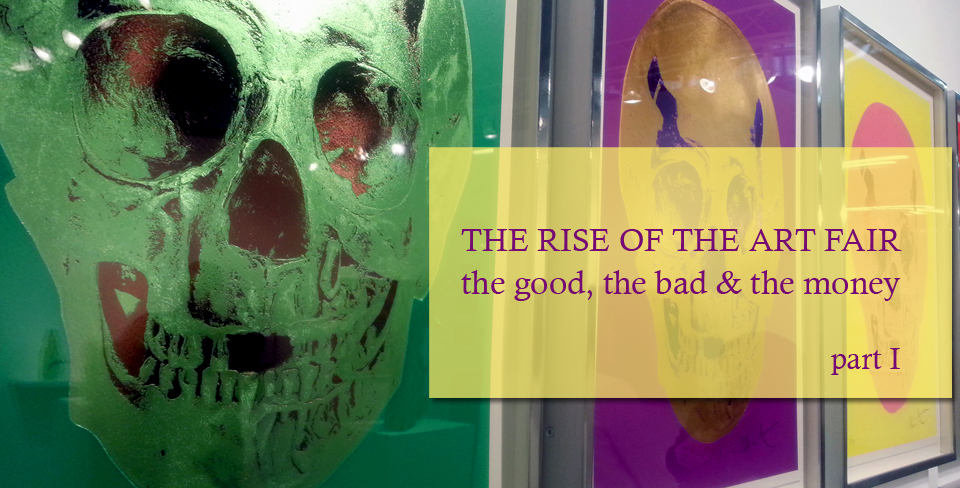 Home › Art Fairs › The rise of the art fair: who wins and who loses

The rise of the art fair: who wins and who loses

Part I of my article reflecting on the recent panel discussion at Sotheby’s Institute of Art on the relationship between the galleries and the art fairs. The financial, judicial and artistic issues that arise with participation in international art fairs and how absence from the fair affects the gallery’s reputation, its perceived and actual financial success and its artist’s careers.

Last night at Sotheby’s Institute of Art in NY a group of art industry experts talked about the recent proliferation of the contemporary art fairs and what it means to the traditional art gallery business model. The panel, titled “Art Fairs: An Irresistible Force In The Art World?” an event sponsored by the Entertainment Arts & Sports Law Section of the New York State Bar Association, consisted of two gallery directors, Elizabeth Dee and Ed Winkleman, each of whom founded an art fair in the recent past and two attorneys, Richard Lehun and Nicholas O’Donnell, who presented often-overlooked issues surrounding this fluid global paradigm of jurisdictions, fiduciary responsibilities and the value of contracts. The one concern shared by the participants was the vast proliferation of the various art fair platforms around the world and the effect it is having on the artists, galleries, collectors and the production of art.  The consequences, it seems, are not all good. 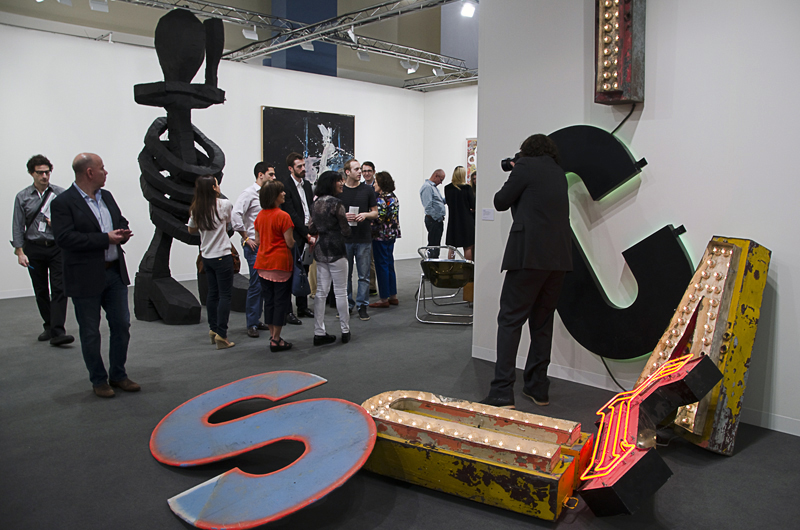 The good, the bad and the money

Before we dive into the negative effects, the collateral damage of the new formula for art commerce, let’s look at some of the benefits because not all is wrong with the art fair model. Really. As the visitor and a potential art collector you get an opportunity to witness thousands of ideas in one place and see what artists in France and Singapore are doing vs. the work produced in Denmark, or Italy, Germany, or Nicaragua. This abbreviated summary of who, what, where and how much is what you get at a typical art fair like the recent Frieze New York, The Armory Show, the airy and beautiful Untitled Miami or the upcoming Art Basel. Visiting galleries on the other hand get access to a new group of collectors within a new geographical area who would otherwise not visit their physical gallery and see their regular exhibitions. 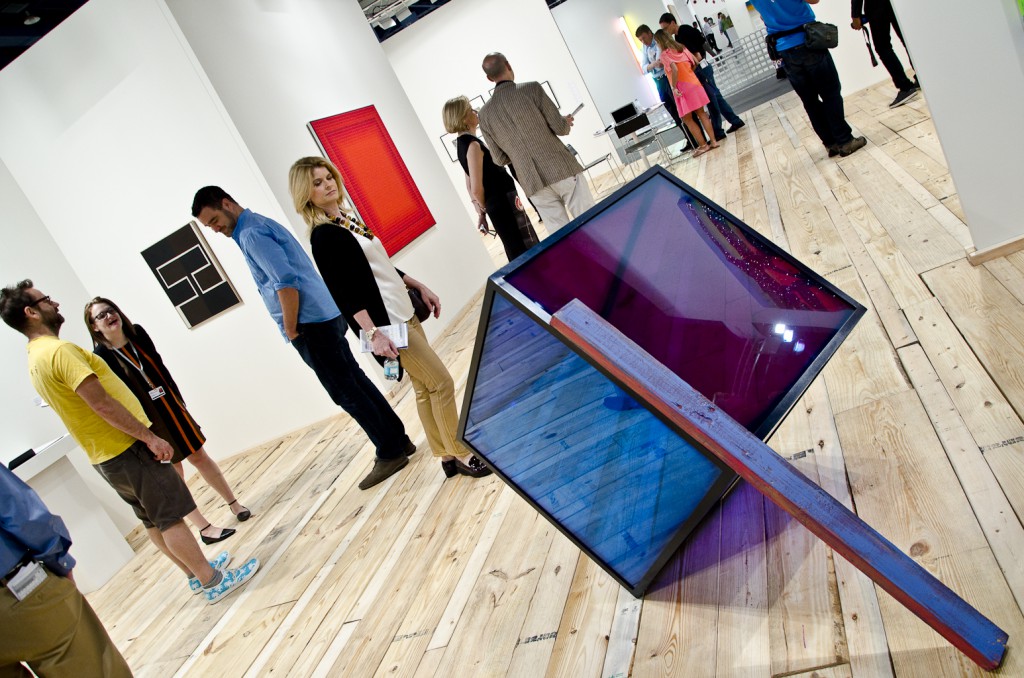 As a local collector buying from a foreign gallery you are also spared from paying the high costs of international shipping and the wait of having the work delivered across many borders. This is assuming you’re taking possession in the same general vicinity of the fair and since most of the collectors still prefer to buy locally, you can potentially save quite a bit of time and money.

With some of the more famous artists, like Anish Kapoor, you can even comparison shop. Yes, some contemporary artists not only produce several versions of the same work, but are also represented by different galleries, some of whom participate in the same fairs and showcase the same artists in their booths. Such was the case at the recent Frieze Art Fair where we counted 3 Kapoor concave untitled half-spheres in different colors and sizes offered by galleries from London, Paris and Milan. The situation is even more pertinent with the secondary market art where many more than 3 galleries would typically sell works by Picasso, Moore, Leger, Gottlieb, etc. So these are the benefits.

This is not so bad, just cumbersome and can get really complicated. As Nick O’Donnell reminded us, it’s becoming very important to keep in mind various jurisdictional questions that arise from buying art internationally. Different countries have different laws pertaining to what constitutes a contract and how issues of authenticity and title are resolved, so you better be well informed when buying a Picasso in New York, Rome, Berlin or London. Same would apply to buying primary market works in either of those cities. And who do you have to resolve the dispute with? The gallery you bought the art work from or the art fair that provided the platform? And which court do you file your suit/complaint in? Not so obvious, is it?

The bad and the money

Now we’re off to some of the main concerns of last night’s panel members. First is, of course, the cost of participation. In some cases the application fees alone reach almost $1,000. Elizabeth Dee pointed out that if you count all the galleries that apply, not just those they get approved, with some simple math you realize that the art fair is earning almost $1 million just from processing applications. Then the booth fees ($60,000 – $80,000 for some of the larger, more prestigious fairs), transportation, art freight, paperwork, insurance, lodging, food expenses for you and 3-4 of your gallery staff and the total number begins to look like a small country’s GDP. And that’s just for one fair. According to Ed Winkleman, small and medium level galleries are often squeezed out of the fair simply because they can’t afford such investments. 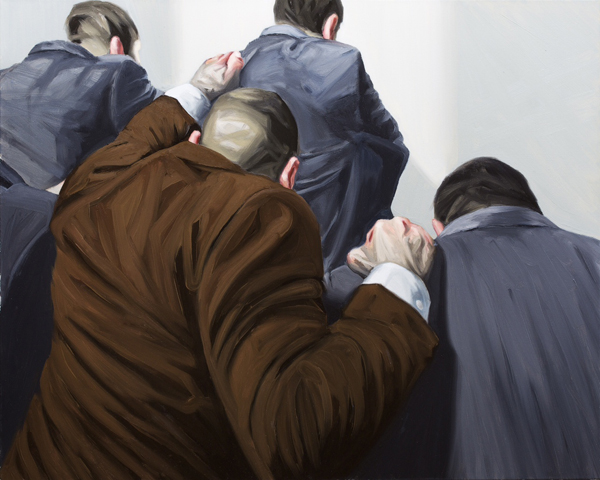 Those that can end up participating in about half a dozen art fairs a year, spending some 90 days on average on the road but, again on average, make about 2/3 of their annual income from these fairs.

In comparison, when Elizabeth Dee launched her gallery in 2002 her annual art fair budget was around $30,000 – $45,000/year. Now this figure is close to $250,000. But as they say, once you start you can’t stop and because the consistency of participating year after year is also important to the gallery’s perceived reputation and this budget must grow along with the fair’s ever increasing fees. 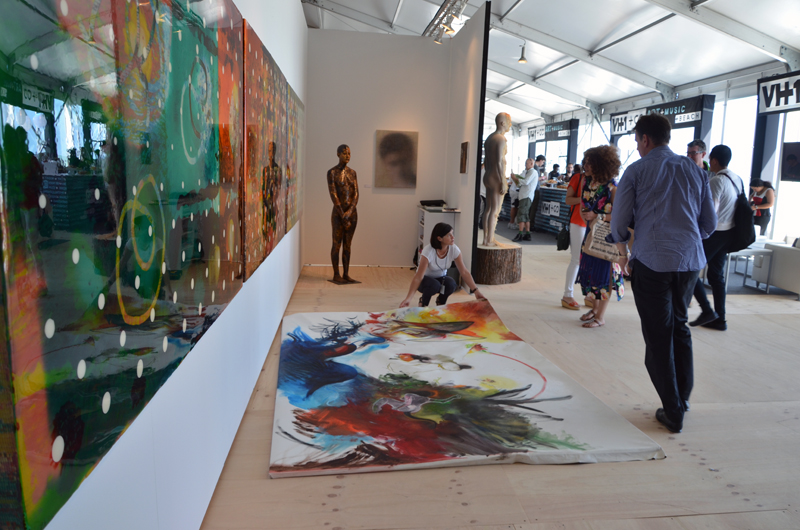 So, does this affect the prices collectors pay at the fair? Does this also affect what is shown at the fair? Will the gallery take a risk on bridging more contemplative, less captivating work to the fair and potentially not selling it?

More on those issues in Part II of the article.

Gallerist Elizabeth Dee reported on the chances and risks that the art fairs impose, in light of the ambitious expansion that her gallery has recently embraced and her perspective as Co-Founder of the art fair, Independent, New York.

Attorney Nicholas M. O’Donnell, a litigation partner at Sullivan & Worcester LLP, presented on the legal issues that art fairs carry with them.

Gallerist Edward Winkleman offered an overview of the research he is conducting on art fairs in preparation for his upcoming book “Selling Contemporary Art: How to Navigate the Evolving Market” (Allworth Press).

The panel was moderated by attorney, educator, mediator, and arbitrator Judith B. Prowda, Faculty at Sotheby’s Institute of Art and author of Visual Arts and the Law: A Handbook for Professionals (Lund Humphries 2013).