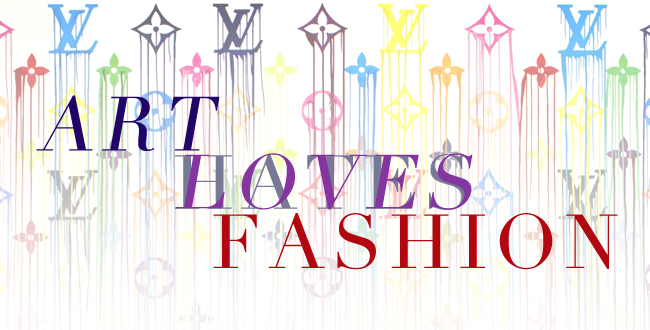 Back in the long-long ago the fine art market used to address commerce the way a fine lady addressed flatulence: it was to be contained and kept far from social gatherings —and it was never, ever to be spoken of. But that was then and this is now, though flatulence still waits odiferously in the wings, commerce is unabashedly mingling with the guests.

When did this social revolution begin?

Let’s fix the date at around 1965 when the Museum of Modern Art in New York held an exhibition called The Responsive Eye. At the time New York was fired up by Carnaby Street glamour, pop art, hardedge, and color block designs. The stage was set for Op Art, with its high contrast and psychedelic effects to take hold of the fashion world’s imagination.

Inspired by the success of The Responsive Eye and a resulting explosion in enthusiasm for the Op Art (also known as Optical Art) movement, art collector, clothing manufacturer (and subsequently founder of the Aldrich Contemporary Art Museum) Larry Aldrich, hired graphic artist Julian Tomchin to translate some of the Op Art paintings in his collection into textile designs. He then had those textiles made into dresses. Naively proud of himself, Aldrich invited a Herald Tribune columnist and photographer to visit his showroom where he surprised Bridget Riley with his new line. Much to Aldrich’s embarrassment, Riley fumed and word got out that she did not appreciate that her work was being “vulgarized in the rag trade.”

She later sued Aldrich. Much was made of the conflict in the press, while Riley’s indignance was backed by critics like John Canaday, a New York Times essayist.  When Riley was showing at the Felgen Gallery that same year, Canaday wrote: “Manufacturers of all kinds have been trying to give their packaging the Bridget Riley Look, and have harassed the gallery with unwelcome offers. The most ironic proposition to date has come from the manufacturer of a headache remedy”.

The Rileys and Canadays of this world represent a set of concerns that, despite a continued and growing marriage between fashion and art, will not go away. They worried that fine art did not translate to fashion without losing its import. They worried also that the efforts of the best artists would be moot in an atmosphere that thrived on thrills and trends. They worried further that artists would make art that deliberately fit the trends.

With Op Art the argument was made that the canvas work was made to be seen on the wall, flat, not draped and paraded about on debs at swank parties.  But had Op Art really been co-opted? Or was it simply perfect for adaption to textiles and modern fashion? The question remains open. Not all of the artists Aldrich used shared Riley’s disgust. As with any controversy, there were those who disagreed with the separation of art and fashion. Artist Victor Vasarely, for instance, readily collaborated with textile firms. He believed that, “The art of tomorrow will be a common collective treasure or it will not be art at all.”

And he wasn’t the only one. As the mod look took off, Op, Pop, Hard Edge and Geometric art lent themselves easily to the simple, spare geometry of the 60’s fashion. Some fashion firms discovered that these new art forms were ideal for freshening up their lines and even inspiring new looks.

1965 also marks the year of what may be the most instantly recognizable art/fashion collaboration every produced, Yves Saint Laurent’s Mondrian shift dress.

Since Saint Laurent developed that iconic dress, many of the largest and a few new celebrity driven design houses have gone on to collaborate with blue chip artists, including Richard Prince, Takashi Murakami, and Yayoi Kusama, while others lease images from the estates of pop artists like Andy Warhol and Jean Michel Basquiat. 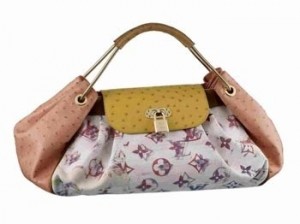 In 2008, Louis Vuitton marked a new kind of artist/fashion collaboration, celebrating Prince’s first solo show at the Serpentine Gallery in the UK, with the Jamais bag, a special limited edition version of Richard Prince’s Louis Vuitton spring line. The original iteration came in an edition of 50, numbered and signed (of course) ostrich and canvas and sold at Vuitton’s London Sloane Street store for about, hold your breath, $17,800.

MOCA Chief Curator, Paul Schimmel told reporters that “People have touched base with the play between the commercial arena and high art, but this is a little more confrontational.” In July of 2012, Loius Vuitton filled its United States stores with products ranging from pi’s to jewelry featuring Yayoi Kusama’s signature dots. The collaboration was cross-marketed with Kusama’s retrospective show at the Whitney Museum. 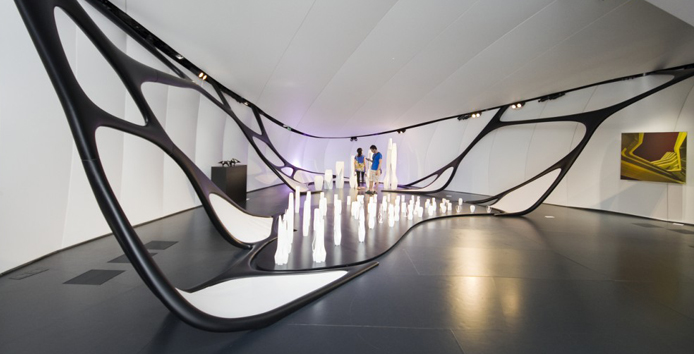 In 2008, Chanel hooked up with everybody’s favorite architect Zaha Hadid, who designed the “Mobile Art Pavilion” for Chanel (above). Touting big name artists, many of whom produced handbag-themed pieces especially for the show, Chanel snagged a spot in Central Park for its October show in the name of public art. They also snagged agreements from many of the artists giving them first dibs on the purchase of any of the art in the show! 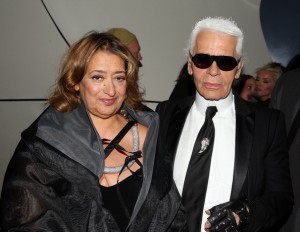 The story is notable in so many ways it makes one’s head spin. Firstly, it harkens back to the worries first voiced by Bridget Riley and contemporary critics: they worried about the dilution of the artistic enterprise if it were to become too cozy with commerce. With the Chanel show we saw, quite clearly, artists producing for the market, and art treated as an accessory (literally) to commerce.  On top of that the use of public space in the name of public education, it was a coup of gigantic proportions.

Somehow or another, the sky didn’t fall. No one complained. Everyone had adapted. They’d witnessed so much blurring of the lines by 2008 that what were once worries were now mere bullet points in an article beaming with a love of fashion and culture. Yet one factor was indeed more controversial than ever: Chanel was openly courting accusations of a conflict of interest. 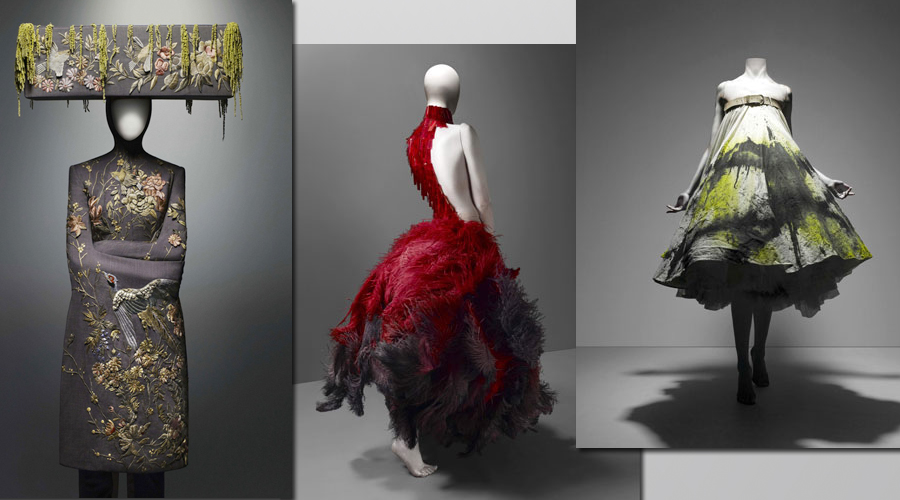 As the connection between fashion and art has become deeper and more open over the years, it has become rare that any one link in the art collector’s chain will not lead to another in the fashion world, and other in design, architecture, auction houses, and art institutions.

We live now in a world where Richard Prince, Damien Hirst, Shepard Fairey, and Jeff Koons create works explicitly for the runway, the rack and even the e-commerce stores. But what has changed in the estimation of fine art? Doesn’t Richard Prince continue to make what he will alongside his commercial endeavors? Doesn’t Damien Hirst continue to crank out the same prodigious collections of derivative works? Doesn’t Shepard Fairey seek large walls to create the intricate murals we always wanted from him? And Jeff Koons, while designing mugs for Illy and bottles of perfume is still, and always, the same Jeff Koons?

Bridget Riley © Ida Kar from the exhibition at The National Portrait Gallery, London

Alexander McQueen – Savage Beauty. Images from a special exhibition at the Metropolitan Museum of Art