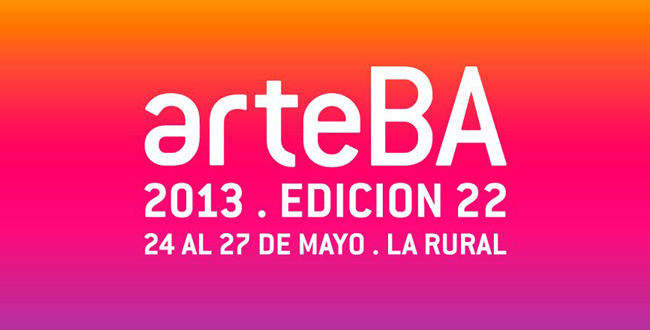 As the art word turns its attention to the first installment of Art Basel Hong Kong, ArteBA makes its own statement.

Halfway around the world from the past week’s other art fair hoopla, one of the most important art fairs in Latin America, arteBA, introduced works of Latin American contemporary artists to a bevy of collectors, curators and art enthusiasts at La Rural in Palermo, Buenos Aires this weekend. For the 22nd year, the art fair has been a creative and industry crossroads where nearly 90 international and domestic galleries featured close to 500 artists along the spectrum of media, this year particularly in painting. Ending Monday, May 27th, the fair presented a wide scope of Latin American contemporary art from across the globe.

While one might have expected to see the most oft-auctioned global Latin American names at the Latin American art fair, the Boteros and Mattas were saved for other hammer-hitting venues.  arteBA dug deeper, showcasing the best of the region’s contemporary  (particularly those of the ‘90s and ‘00s) as well as exhibited a strong perspective of established artists of local origin who have significantly contributed to the post-war and contemporary art scene, including Xul Solar, Emilio Pettoruti, Luis Felipe Noé, Julio Le Parc, Leon Ferrari, and Marta Minujin.  In addition to the variety of painted works, sculpture, works on paper, op-art and kinetic art rounded out the main offerings.

On Friday, the first day of the fair, attendance was promising, with collectors and students alike making the rounds.  arteBA opened at La Rural alongside Feria PuroDiseno (Pure Design Fair), an expo of Argentine designers ranging from innovative furniture, clothing, jewelry and home design, providing a full range of creativity for Porteños this weekend. 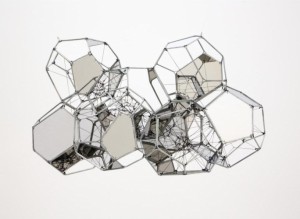 In the U-Turn project rooms, the sponsorship of international galleries from Latin America and Europe, particularly Germany, afforded a wider range of participation and facilitated a curatorial dialogue.  For instance, the work of Argentine artist Tomas Saraceno, who makes his home in Germany, was able to be offered via Berlin’s Esther Shipper gallery. Works like Saraceno’s “Ursa Minor,” a smaller version of the aluminum and mirror clouds featured on the Met’s rooftop, were on offer in the €20,000 to 40,000 range.  Another interesting “collaboration” between adjacently exhibiting galleries, House of Gaga from Mexico and MD72 from Berlin, both offered editions of Paris-based ready-made artist Claire Fontaine’s tennis ball sculptures, and arranged them on floors of either side of their adjoining wall to create a continuum mirror image of the work.