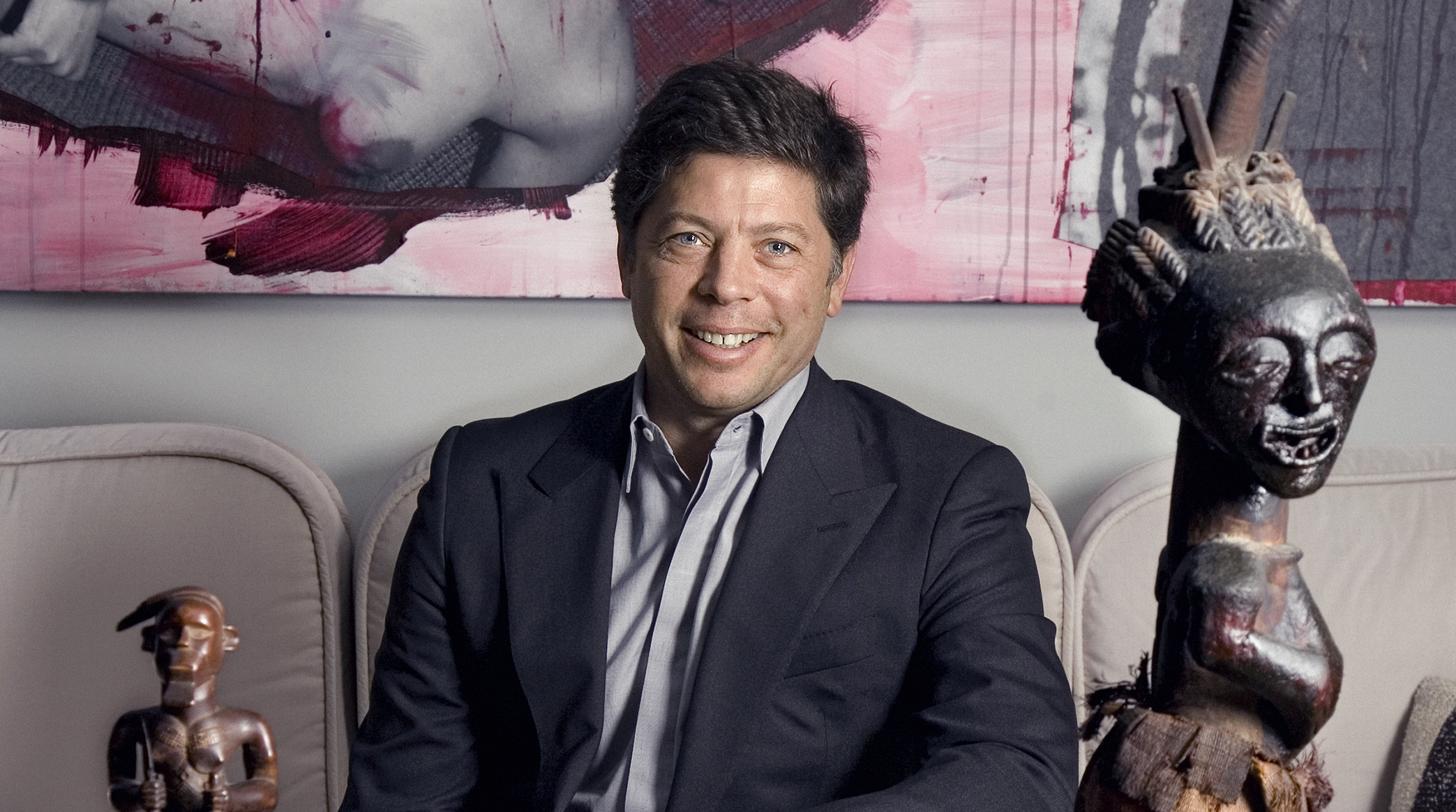 After the tour of the current exhibition Calder Shadows at Venus over Manhattan, galleryIntell sat down for an interview with Adam Lindemann. We chatted about the gallery, its origins and unique perspective, and Lindemann’s personal philosophies.

GI: Sandy (Rower) mentioned that you describe your gallery as “a curatorial platform”; does that describe your mission? Is that why you started the gallery?

AL: I kind of forgot what I wanted to do when I started. I had some ideas that seemed valid at the time, but I’ve, somehow, forgotten them.

GI: You’ve moved on since then?

I mean the dealers are the ones that collect more art than anyone.

GI: So dealers are dealers’ customers?

AL: I only sell, when I sell, to dealers. Collectors don’t want to buy from me because they think I’m a collector! 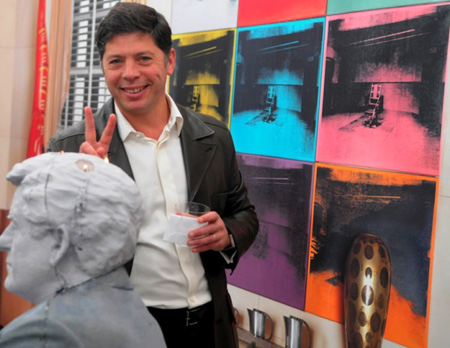 And so I thought that by opening my own gallery, I could sort of come at the art world in a different way.

GI: A sort of epiphany.

AL: And it was a big challenge because I went from being one of the top collectors to one of the bottom dealers. So I’d jumped off a cliff. Because as a collector, every dealer in town is happy to present to me their ambitious and exciting works and I was well known to have been involved in Jeff Koons celebration pieces, and Urs Fisher monumental bronze sculptures, and pieces by many different artists, like Murakami and Damien Hirst.

GI: So what’s your new role?

AL: I’m not a dealer. I’m an art collector who’s opened a gallery… in which we invite the public to buy something if they want it and like it.

GI: Have you made it a policy to not show artists who are in your private collection?

AL: No. No, I’d show anybody if it works. I mean I always show things that I believe in.

But one thing we have is that we’re in the same building as Gagosian. So we have to be sensitive to the fact that we’re uptown but we’re not going to make the same programs as everyone else.

AL: I always try to keep it different and exciting. The last show was curated by Richard Prince. I love Richard Prince. He’s a great supporter. He brought in artists from the eighties, Walter Dahn who hadn’t been seen in New York in 20 years.

Before that we did this crazy interaction with Bjarne Melgaard who brought in William Copley who is a very interesting but under-respected artist. And Bjarne has such wild take on it. You know Bjarne is now in the Whitney Biannale and showing with Gavin Brown.

The summer show was curated by Laura Owens and was a collaboration with Gavin Brown. So in the last few shows we collaborated with the Calder Estate, Gavin Brown, Laura Owen, Richard Prince — I mean, we’re working with really great people.

So it’s exciting and I try to keep it fresh.  I mean: you can’t guess what’s next.

AL: If you can sort of predict what kind of show I’m doing next, then this thing would have been a failure. And I think the success is that we’re somewhat unpredictable, and the only thing that matters is quality. And integrity.

GI: I’ve noticed that you’re sort of prickly about the subject of showing your own collection.

AL: This space is not a foundation — because I think there are enough foundations. I don’t wanna buy a bunch of stuff and then show you what I have in my shopping bag. I never show my private collection. A museum comes to me and says, “We’d like to exhibit your private collection in our museum.” And I’m like, “No way! I’m only 50 years old. I’ll do that when I’m 75!”

Of course you try to share to the broader public and all of that. I do lend. My wife and I (Amalia Dayan of Luxembourg & Dayan) lend and we support museum shows of artists that we believe in all the time .

GI: Do you think that may the impetus for some people to show their collections? That eventually they’re going to sell it?

AL: AbSOLUTEly! Absolutely. So here, I’m not back door. It’s up front. This is what it is. And when things sell in the gallery, we’re excited. WE think it’s great. It’s a form of communication.

GI: You combine a lot of your shows with music.

AL: People don’t do it. I mean, you are not supposed to play music at an art show. People are super conservative. You’d think, “Hey it’s art! Everyone’s AVANT GARDE!“ But no, they’re actually incredibly conservative. They don’t like to hear music at the shows.

And I’m generally not for music in the show. I don’t like it unless the music adds to the show.

GI: But with this exhibition the music works really well.

AL: In the instance of Calder, you know, Calder comes from the Jazz Age. Some of the mobiles actually have little gongs in them.

And we really didn’t just make a show of Calder, we created an experience for the viewer. We created like an environment that you are dealing with… like you’re put in the dark, you’re not sure where you are, you see some of these things are moving and some of these things are fixed and they’re like ghosts or like something like a night sky or — you’re not sure. You’re displaced. And Calder’s work is taking you into another realm that you didn’t know existed inside his work.

And so we put the music in. We’re already quite theatrical so I think it’s allowable to play music. And because the estate and Sandy were down for it, then I think we could take that liberty. If he had said he didn’t’ want the music then I would have turned it off. But I think it’s an enhancement.

GI: So what do you think about Jeff Koons doing a sculpture for Lady Gaga, and JZ doing that Picasso Baby thing?

AL: Oh, I’ve written about it. I think it’s awful.

This article ©galleryIntell. Photo of Adam Lindemann and images from the exhibition “Calder Shadows” courtesy of Venus over Manhattan.