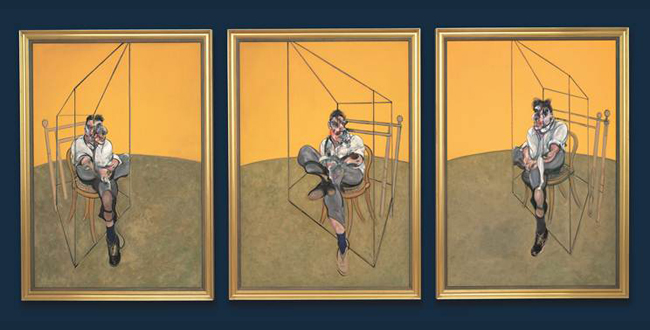 Three Studies of Lucian Freud to sell at Christie’s

“I want a very ordered image, but I want it to come about by chance.”

As Christie’s aims for another record-breaking season, the auction house announced today that a rare Francis Bacon triptych painting of his friend and colleague Lucian Freud will be offered for sale in New York during its November 12th Post War and Contemporary Art Evening Sale.

The three panels, with their flat delineated yellow and taupe background feature the German-born grandson of Sigmund Freud in a variety of contorted positions, semi-confined by Bacon’s signature “cages”.  Across the panels Freud’s figure addresses the viewer with an almost contemplative gaze, and the painter appears deep in thought. As in Bacon’s other portraits, Freud’s face and figure remain recognizable throughout the various stages of perspective fracturing. 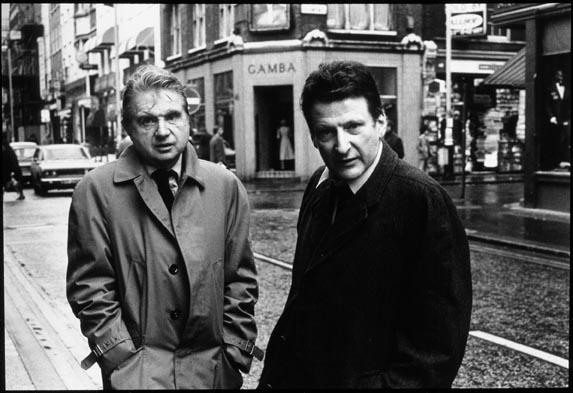 Here the appeal and the importance of the triptych are not only in its rarity – this is the first time the complete work is being offered at auction, or its history – the three panels have been separated for almost 15 years in the mid 1970’s and were reunited sometime in the 1980’s*, but in its subject matter. Three Studies of Lucian Freud is a  “conversation” between the two pillars of 20th-century figurative art and is one of only two existing full-length triptychs of Lucian Freud.  The painting was completed in 1969, some 25 years after the two artists first met and shows an explicit intimacy between the two friends. The triptych’s provenance also makes it a highly prized addition to any contemporary collection, as it was most notably part of the artist’s retrospective at the Grand Palais in Paris in 1971-72. 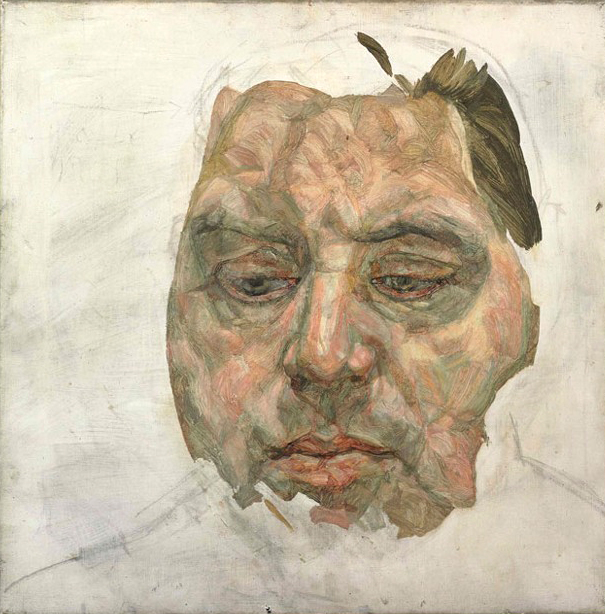 The sale is certainly well timed as Freud’s own exhibition just got under way at the Kunsthistorisches Museum (Museum of Art history) in Vienna. The exhibition was initially conceived together with Freud before his death in July of 2011 and was intended to be a survey of the artists’ most important and influential works and demonstrate his extensive knowledge of the old masters in the museum’s own collection. On view are paintings spanning almost 70 years of the artist’s career, selected by Freud himself as the most important works along his creative journey. Among them are several striking self-portraits and the three high-angle views of the Benefits Supervisor Sleeping. The painting on the right is Freud’s own unfinished portrait of Francis Bacon.

The exhibition in Vienna is also the first survey of the artist’s works in Austria. In addition, the Sigmund Freud Museum in Vienna will present concurrently an exhibition of photographs by Freud’s longtime assistant David Dawson titled “Lucian Freud: In Private”.

Christie’s expects the triptych to surpass the previous world auction record for the artist set in 2008. The triptych seen here was sold for $86 million and was later revealed to have been purchased by the Russian oligarch Roman Abramovich and his partner Dasha Zhukova.

If you want to be among the first to see the triptych, plan to be at Christie’s King Street offices in London during the Frieze Art Week October 13 – 18, 2013.